A decision over plans to build a £15 million visitor centre which would see nearly 300 trees on ancient woodland chopped down has been delayed.

National Museums of Scotland appealed to Scottish Ministers to overturn East Lothian Council’s decision to refuse planning permission for the new centre at the National Museum of Flight, East Fortune.

Councillors ruled that the museum’s plans to chop down 299 trees to clear a path so it could move its historic collection of planes from its current outdoor site into a newly built hangar breached their Climate Change Strategy and threw out the plans at a meeting in February.

An online petition opposing the destruction of the trees has drawn more than 6,500 signatures and local residents lodged objections as part of the appeal.

However, museum bosses have urged The Scottish Government Reporter to overturn the decision, insisting that removing the trees was the only way to transport the “fragile” planes.

National Museum of Scotland said that the condition of the planes, one of which has been outdoors for nearly 40 years, was deteriorating and, without bringing them indoors, they could end up being scrapped.

They include a Comet which they said was one of only six left in the world.

The new centre would also be used to relocate the public entrance to the museum, car parking, a shop and cafe from the original site, which is a Scheduled Monument and cannot be built on.

A decision on the appeal was due to be announced by 8 October 2020, but is still outstanding.

A spokesperson for the Scottish Government’s Planning and Environmental Appeals Division ( DPEA), which oversees appeals, said: “The Reporter is currently working on the decision, which is nearing completion, and anticipates that this will be issued in due course.” 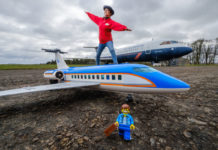 A day out in East Lothian – Brick Wonders 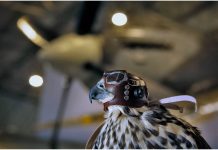 Wheels, Wings and Family Fun at the National Museum of Flight this Weekend

Museum of Flight to reopen two hangars in the spring