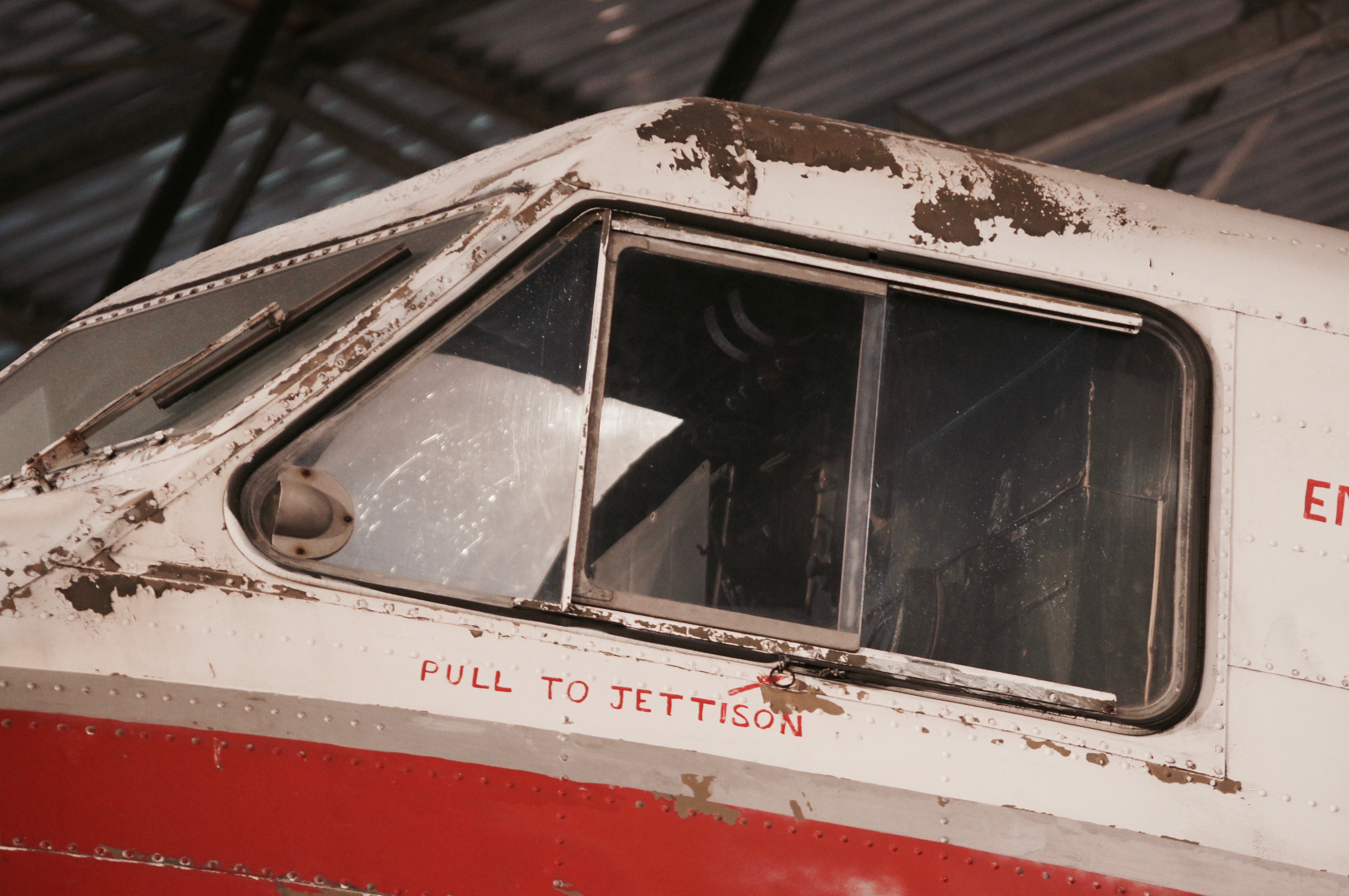 It would be fair to say that the weather could not have been much worse. From early on this morning as soon as we arrived at the Museum of Flight there was a low cloud and grey skies.

This soon turned  into full blown rain and although we stayed for a time, we did not see any planes in the sky.

Sadly due to the weather conditions many of the aircraft which were due to entertain the crowds could not perform. Visitors may be entitled to a refund and are advised to keep their tickets and visit the NMS website on Monday 24 July 2017 regarding the possibility of refunds.

To make up for the lack of planes today here is how it happened last year :

But there was plenty to see on the ground. Thankfully National Museums Scotland refurbished the hangars a couple of years ago and so there was somewhere to go out of the rain. And what a display they have to show off here. From Concorde to the Boeing 707 and all the other planes in the Military Aviation Hangar which tell the story of aircraft during wartime.

There is the Spitfire, the Harrier jump jet and the Tornado F3 recently replaced by the Eurofighter Typhoon. There are many interactive displays, photos and uniforms to have a look at.

East Fortune played a very important role in both World Wars of the last century. The flat countryside lends itself very well to an airstrip or two, and this was a key part of the national defence of the UK. An airstation was opened there in 1915 to allow airships to fly out to the North Sea to patrol there.

Today there was a little of the wartime spirit showing with people determined to enjoy what they could despite the weather!

The Elite Pro Dance Team tried hard to get everybody up and dancing.

Inside the hangar Aviatricks were entertaining those waiting to have a look inside Concorde :

And East Coast Buses had done a fabulous job in ferrying people right to the centre of the airfield from St Andrew Square on their one off 777 service! In the next few months the National Museum of Flight will host a few events to mark in your calendar :

During the summer holidays there are family activities to entertain all ages. the Cold War is the theme until 28 July and then between 7 and 11 August there will be Hot Holidays! Details here.

The National Museum of Flight is open daily from April to October 10:00 to 17:00. Details here.