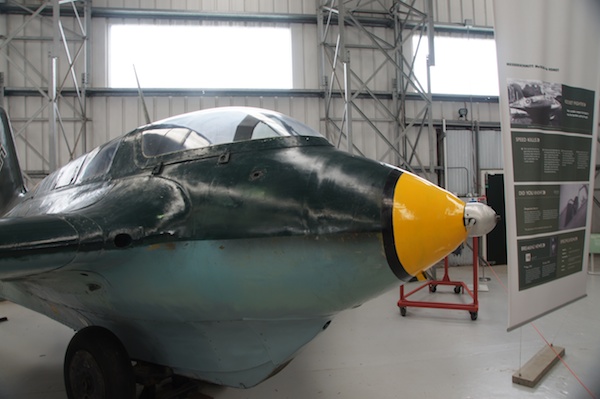 On 16 and 17 December 2017 you can get into the National Museum of Flight at East Fortune for free.

All that you have to do is present a National Lottery ticket or scratchcard and you will get into the museum for nothing. The Museum is one of 350 participating National Lottery funded visitor attractions across the UK saying ‘thanks’ to people who have raised money for good causes by buying a lottery ticket.

The National Museum of Flight has received £1.3 million from the Heritage Lottery Fund.  The money has helped to pay for the redevelopment of two nationally significant Second World War hangars, devoted to military and civil aviation.

Ros Kerslake, Chief Executive of the Heritage Lottery Fund, said: “December is a wonderful time to experience the UK’s rich, diverse and exciting heritage, which has been transformed by more than £7 billion of National Lottery funding since 1994. This is a small gesture of thanks and a way of giving something back to the people who buy tickets.”

Steve McLean, General Manager of the National Museum of Flight said: “Thanks to National Lottery players we’ve been able to redevelop two of our nationally significant Second World War hangars, offering dramatic new experiences for our visitors. Spanning a century of aviation, the displays present our spectacular aircraft in new and dynamic ways, revealing the engaging stories of some of the people who flew and worked with them.”