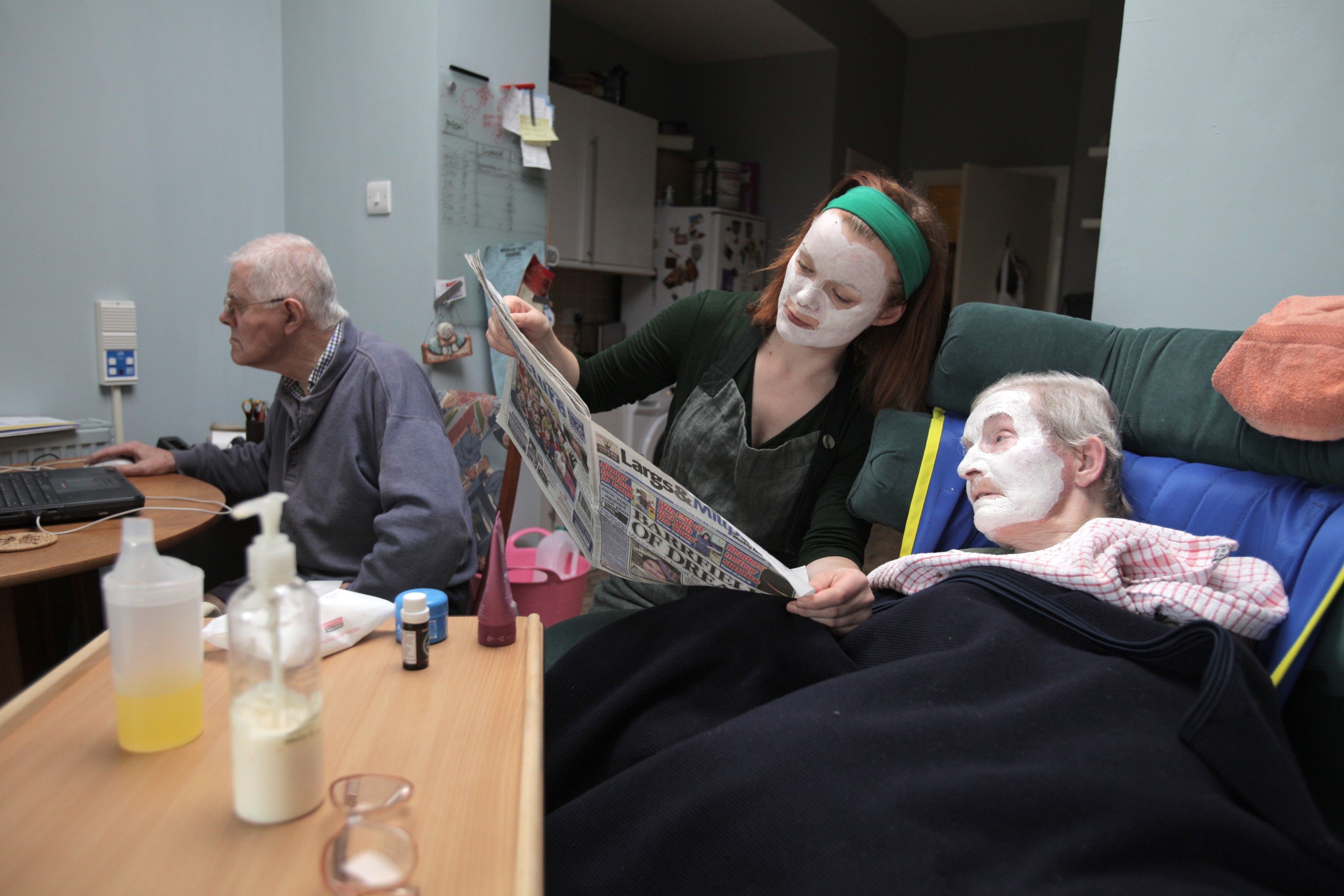 Isn’t it peculiar that in 2015 we can still be overcome by the complexity of family? Something that everyone has been a part of but, through the aimless guidance that life provides, can twist into something that shapes the way we live and feel. Documentary filmmakers are often blessed with uncensored access into some of the most protected, rarely discussed places in the world, but Karen Guthrie has not had to travel far to find her subject. Her latest work made her delve deeper into the emotions and peculiar events that involve those closest to her.

Filmmaker Karen Guthrie finds herself and her family caring for the woman who used to care for her . Looking back upon the timeline of the life her mother and father spent together, she picks up on the bizarre events that drew the two apart and brought them back together again.

Guthrie’s undeniable blatancy when it comes to the story of her family’s past is perhaps the films most refreshing feature. The lyricism of their story stems from genuine experience rather than applied imagination. It’s undoubtedly a strange one, involving affairs and offspring that cross continents. She looks closely at the woman left behind following the couple’s divorce, both fifteen years ago when it first occurred, and now, as her mother lives near bed bound following a stroke that debilitated her health.

Her mother’s sharp tongued, sassy attitude remains beneath the fading facade, as we compare it with Guthrie’s previous work and home videos that show her with much more liveliness. Most of her comments are directed towards Ian, her ex husband who in the wake of her illness, moved back into the family home and began to care for her. He’s almost the hero and antihero of the family story here; although the focus lies mostly on his dissatisfaction from the acts of his children. It’s almost like a sort of family pilgrimage; as they simultaneously travel back to the town they hail from to care for their mother.

The camerawork and use of yellowing, archive footage make this family tale a gorgeous one to witness. Her words and captured moments so profoundly emotional you feel as though you’ve known them for years. Almost effortlessly, Karen Guthrie has painted a family portrait with such deft intimacy that its impossible to focus your vision elsewhere.

The Closer We Get has its European Premiere at the Edinburgh International Film Festival 2015. For ticketing information, visit the EIFF website.