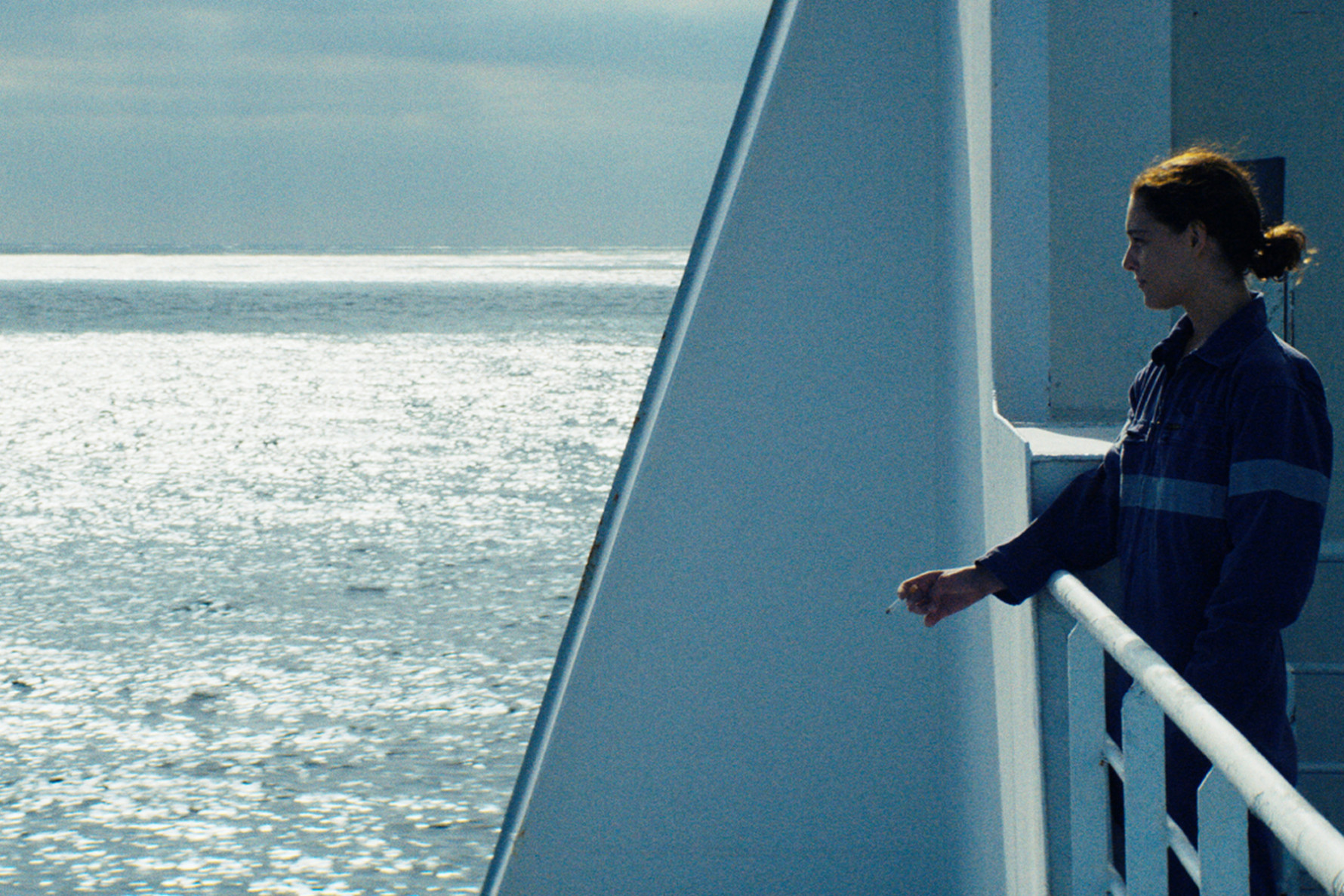 Every single shot of Fidelio, l’odyssée d’Alice seems to be bathed in the inky blue waters that surround it. A film set almost entirely at sea in a grinding mechanical ship that provides the vast majority of the soundscape, you would be surprised at just how gentle and fluid this supposed love story really is.

Alice lives a life incongruous to what her family may have expected. She makes a living working aboard a merchant navy freighter as an engineer to the gigantic vessel. With her lover left at home, Alice embarks on a fluid relationship while aboard with the opposite sex that seems to entice more people than it revolts.

Ariane Labed assumes the role of the titular character, carrying a somewhat heavy, emphatic story on her more than capable shoulders. For the vast majority of the films run time, she is the only woman present; counteracted by a collection of men each pleasant, tough or downright sordid. As a character, Alice takes on each of these characteristics.

What’s most refreshing about Borleteau’s characters is that there is a significant lack of hierarchy between them. Roles within the ship? Yes, but when it comes to conversations between them there’s a friendship or resentment that comes down to their personality traits rather than their positions. This could have easily became a film at which a woman falls to her knees at the sight of an unattainable man of power whom she desires, but it manages to be somewhat smarter. If it’s possible, Fidelio is a film about sexual liberation rather than promiscuity; the rights we have to use our body as we so choose and to be nobody’s property but our own.

It does almost drag a little, pointing its toes towards a conclusion then retracting them for the last twenty minutes. The interim is strong though, making this slight delay a lot less aggravating.

An absorbing work of gender study set upon the ocean, Fidelio, l’odysseé d’Alice is as seraphic as it is salacious.

Fidelio, l’odyssée d’Alice has its UK Premiere at the Edinburgh International Film Festival 2015. Ticketing information can be found here