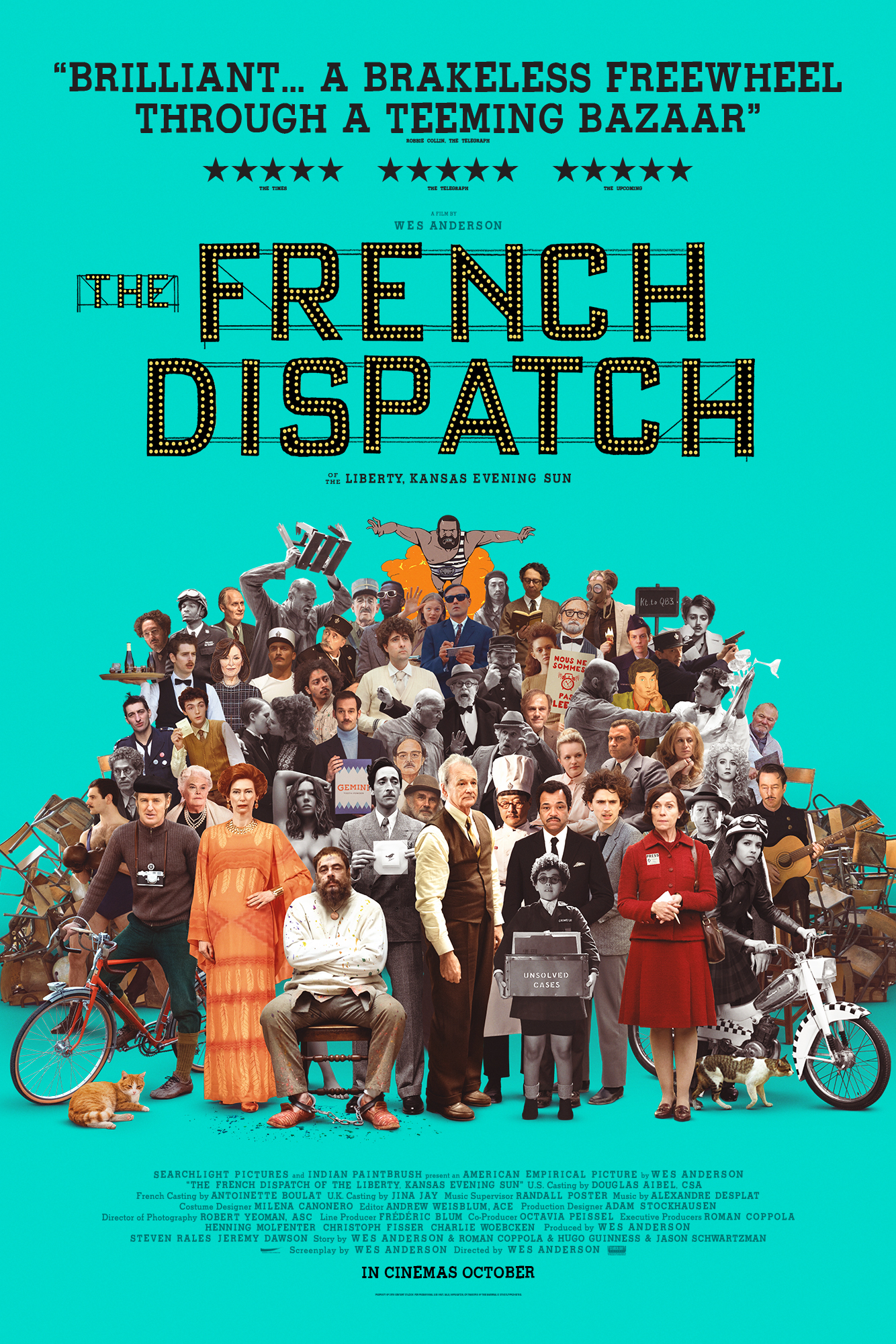 Coming soon to a cinema near you is a blockbuster drama, arthouse comedy and Broadway musical all featuring impressive ensemble casts of household Hollywood actors.

Directed by Denis Villeneuve (Prisoners), science-fiction epic Dune: Part One provoked a positive critical reaction after premiering at the 78th Venice International Film Festival ahead of its release on 21 October 2021.  Oscar nominees Timothée Chalamet (Beautiful Boy), Josh Brolin (Milk), Charlotte Rampling (45 Years) and Javier Bardem (Skyfall) take to the stage in this film adaptation of Frank Herbert’s 1965 book of the same name.  Part Two has yet to be greenlit.

Debuting on 22 October 2021, comedy-drama The French Dispatch is the latest cinematic treasure from master craftsman Wes Anderson (The Grand Budapest Hotel).  Set at the European outpost of a fictitious Kansas newspaper that’s about to close, frequent Anderson collaborators Adrien Brody (The Pianist), Tilda Swinton (Michael Clayton), Frances McDormand (Nomadland), Bill Murray (Lost in Translation) and Owen Wilson (Midnight in Paris) to name but few make up part of this expansive story that unfolds over three storylines in a tribute to journalists.