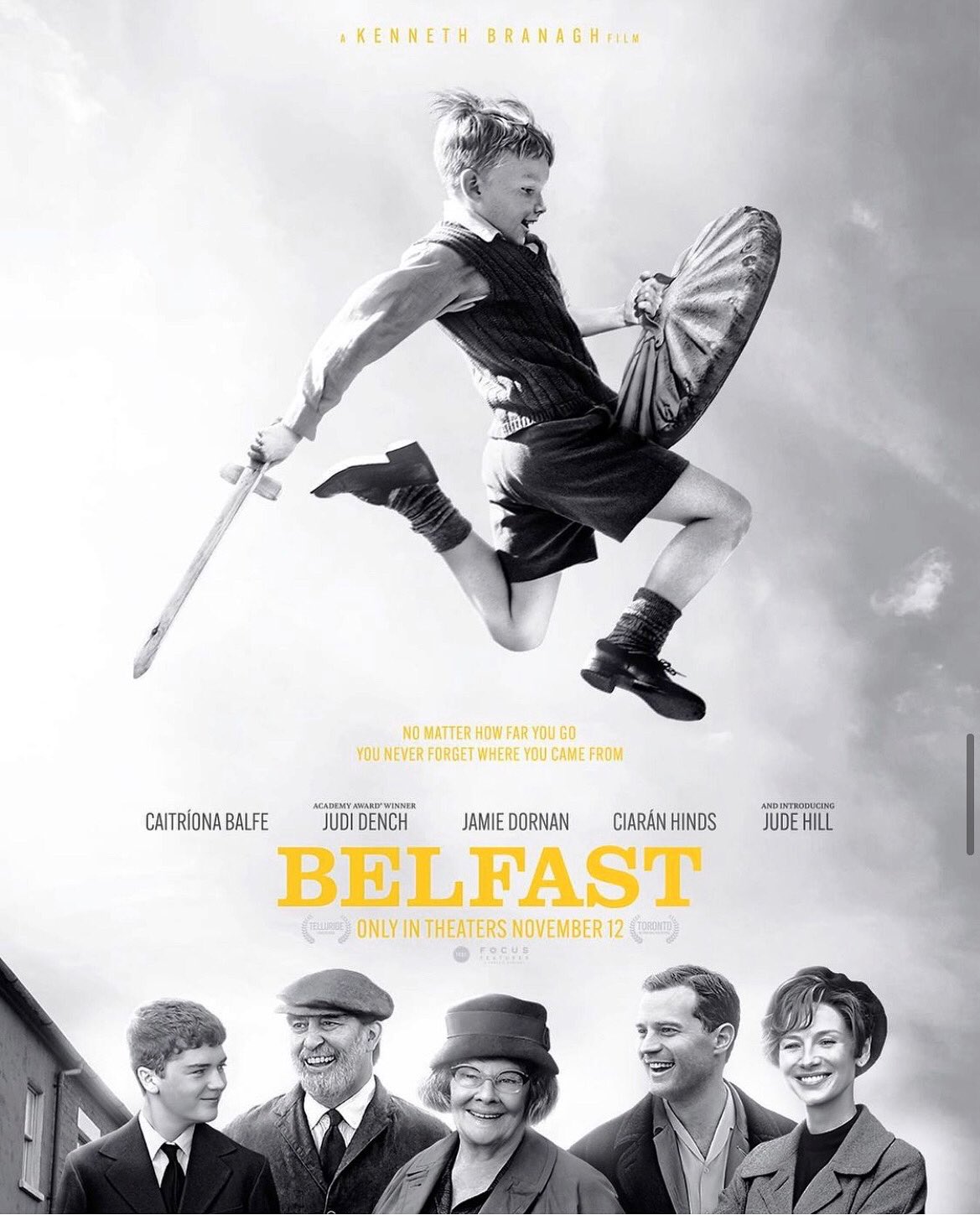 Coming to a cinema near you soon there is a collection of awards season players. Here is what we will be watching:

Released on 1 January 2022, the biographical comedy drama The Electric Life of Louis Wain follows Benedict Cumberbatch (The Courier) as the eponymous English artist with Claire Foy (Unsane), Toby Jones (First Cow) and Andrea Riseborough (The Death of Stalin) in support. Louis Wain became a prominent public figure towards the end of the 1800s due to his distinctive cat drawings and for keeping a cat as a pet, unusual for the Victorian era befitting the eccentricity of the man.

Nominated for a leading seven Golden Globes and eleven Critics Choice Awards, the comedy drama Belfast will debut on 21 January 2022. Written, directed and produced by Kenneth Branagh (All Is True), this black and white coming-of-age story features Caitríona Balfe (Le Mans ’66), Judi Dench (Victoria & Abdul), Jamie Dornan (A Private War) and Ciarán Hinds (First Man) (who won the National Board of Review for Best Supporting Actor for this performance) with Jude Hill undertaking the leading role of the young boy whose childhood we shadow amidst The Troubles of 1960s Belfast, Northern Ireland.