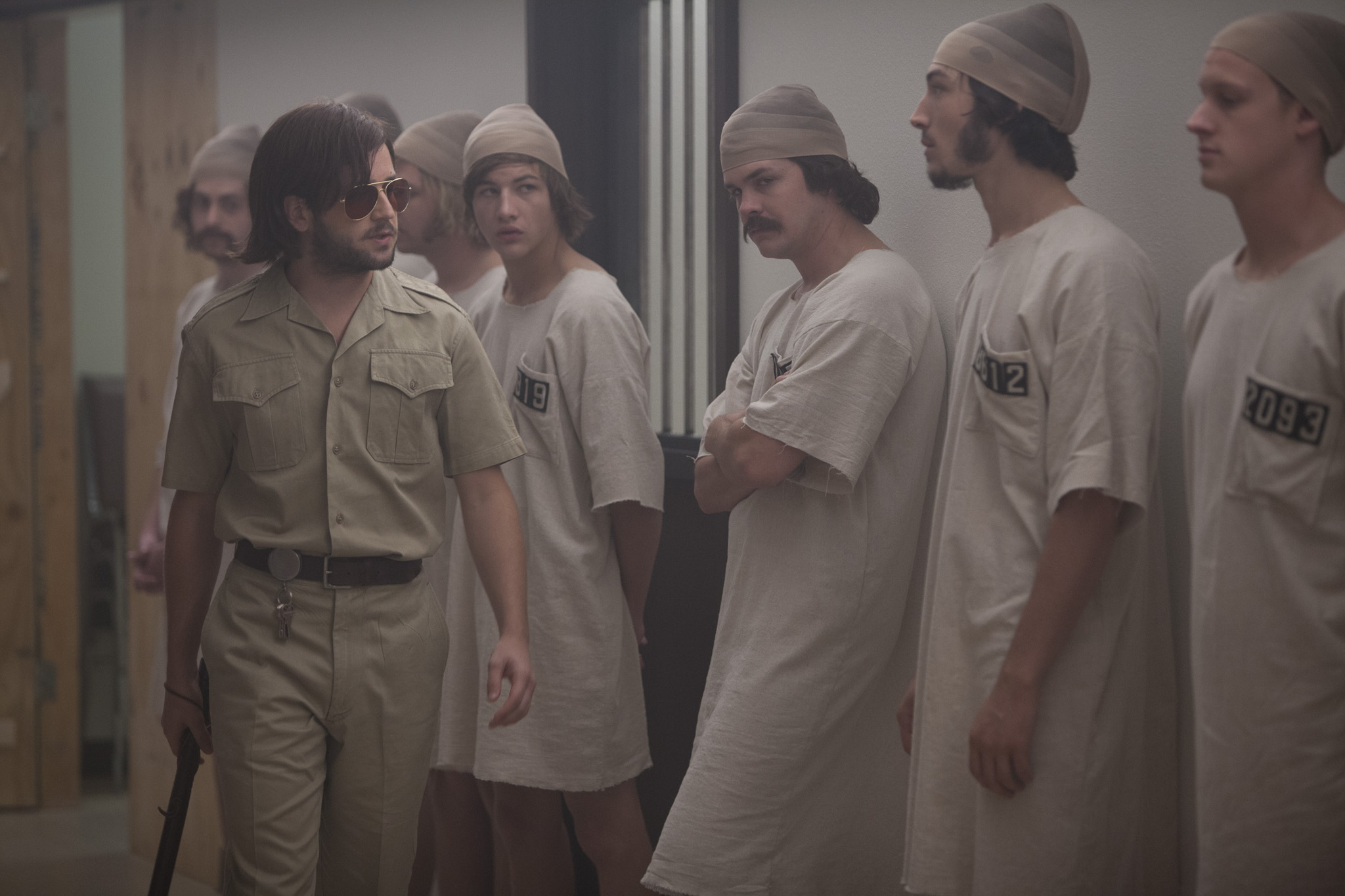 It is said that the best thrillers do more than leave your heart in your throat. They provoke strong reactions and ask questions that rarely have answers. The power of The Stanford Prison Experiment, the latest work by Kyle Patrick Alvarez, is that it messes with moral implications; questioning the line that can be drawn through science and the point at which it is acceptable to cross it.

In an effort to test the limits of the position of power, a Stanford psychology professor creates a study comprised of a makeshift prison, assigning the roles of prisoners and guards to students putting themselves forward as subjects. As the experiment goes on and the subjects assume their roles a little too deeply, the lines blur between the study and the justifiable actions of those in charge.

At the helm of an impressive young ensemble are two actors delivering some career defining work. Michael Anganaro plays Christopher Archer, who assumes the role of a prison guard with relentless conviction. He’s at the head of most of the brutality in the prison environment; relishing in his own power. The majority of it is directed towards Daniel, known as Prisoner ‘8612’, who acts as a ringleader for organised anarchy in the situation. Overcome by breathless psychosis, he’s played impeccably by Ezra Miller, an actor finally getting the profound, emotional scope he deserves.

When we veer from the confines of the makeshift prison, we find ourselves in the position of the experiment’s leaders. Professor Philip Zimbardo loses himself in the experiment’s uncontrollable power and affecting nature. He too sees them as the wrongdoers they are meant to only represent. When this meets the egotistical attitudes of the assigned prison guards, near insanity ensues.

It seldom lets your stomach settle, pinning you against a wall and forcing you into compliance in sync with the prisoners. It’s only when the prisoners themselves are not present that the film goes awry. Overdramatised conversations about the prisoner’s fate and boundaries are accompanied by soaring stereotypical scores. They’re only dotted throughout, but with these cut and the film fifteen minutes shorter, we would have a masterclass in the American thriller on our hands.

But we can forgive this mishap for the near perfection that surrounds it. An antagonising vision of strained ethical boundaries, The Stanford Prison Experiment holds the audience in a dumbfounded grip. Treacherous, profound; you will not forget this anytime soon.

The Stanford Prison Experiment has its international premiere at the Edinburgh International Film Festival 2015. It screens on June 18th and 21st, for more information head to the EIFF website.