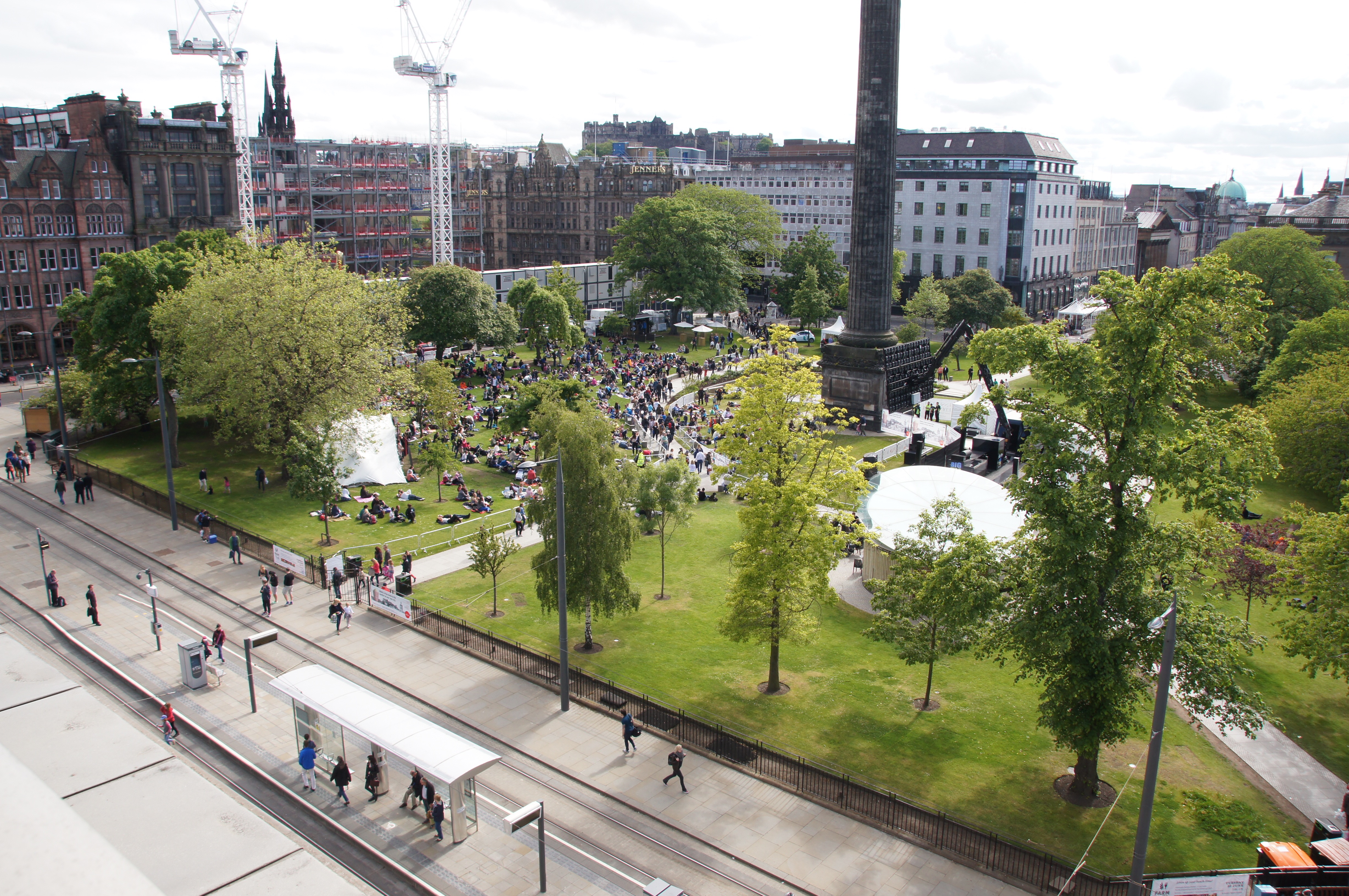 Edinburgh’s free outdoor cinema event Film in the City, has been hailed as a major success by event organisers, This is Edinburgh and Edinburgh International Film Festival (EIFF).

Taking place over the two weekends in the run up to the EIFF, just under 15,000 people attended the events in Grassmarket and St Andrew Square, 1,300 more than last year’s Film in the City.

23 films screened over the two weekends, including Mary Poppins, Raiders of the Lost Ark, Life of Pi, Brave and The Sound of Music. The most popular movie by far was Sunday’s showing of the 2004 Lyndsay Lohan classic, Mean Girls, in St Andrew Square Gardens, which was filled to capacity, and watched from the surrounding streets by hundreds of additional viewers.  Other popular films included Guardians of the Galaxy on Friday evening and Princess Bride on Sunday afternoon. The Grassmarket’s dance-along themed weekend, in partnership with Dancebase, also enjoyed full capacity, with over 625 people finding their groove along with Meryl Streep in Mamma Mia!

“To have such a positive response from the public and such high numbers attending both weekends is tremendous.  Despite some windy and slightly wet weather especially over the opening weekend, it’s great to see so many people made the effort to come along and take advantage of the free cinema screenings.”

“It’s the busiest Film in the City weekend we’ve had at St Andrew Square Gardens and the atmosphere was very relaxed and happy.  The ‘This is Edinburgh’ campaign is all about encouraging local people to come and enjoy their city centre and make the most of what it has to offer.  This year’s Film in the City is another example of the campaign’s ongoing success and the attractiveness of St Andrew Square Gardens as a fantastic flexible event space for the public to enjoy.”

“We are delighted at the wonderful response to people – sometimes from all around Scotland – enjoying the informal fun of the outdoor screenings. It was great to see audiences having such a great time.”

Following Edinburgh Fashion Week and Spa in the City which both took place earlier this year, Film in the City is the third event in the ‘This is Edinburgh’ 2015 calendar. With Edinburgh Restaurant Festival still to come in October, the two-year campaign aims to attract locals and people living within two hours of Edinburgh, back into the city centre to enjoy its shops, restaurants and attractions. For more information visit: www.thisisedinburgh.com.