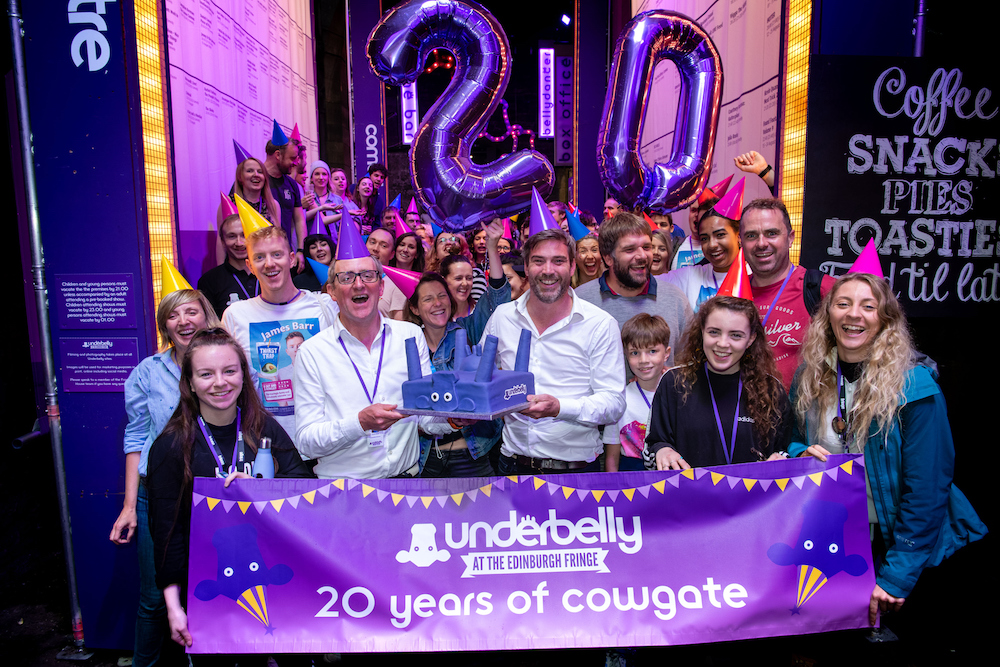 In its 20th Fringe Underbelly invested more than ever in 26 productions and co-productions, providing over £500,000 of financial assistance to companies in 2019.

Over 200 shows, approximately £60,000 raised for charities, and over 900 4 and 5 star reviews made 2019 a terrific year for Underbelly and its companies and artists.

Underbelly produced, co-produced or assisted 26 shows in 2019, investing over £500,000 to support artists to develop existing and new work. The companies are supported by Underbelly in a number of ways, including no risk financial arrangements, guarantees paid to artists, enhanced box office splits, reduced or waived rental fees, accommodation provided, press and marketing support and delivery, and technical and production assistance.

At Cowgate, new writing and newly devised theatre provoked with America is Hard to See, Do Our Best, Tokyo Rose, Art Heist, Ripped and When the Birds Come among many others.

Again, the three companies selected as award winners of ‘Untapped’, the award established by Underbelly, in collaboration with New Diorama Theatre, had a successful time with Tokyo Rose, Art Heist and Conspiracy enjoying full houses and cracking reviews.

This year Underbelly marked the fifth year of the Underbelly’s Circus Hub on The Meadows by showcasing and celebrating the very finest contemporary circus from across the globe. The Circus Hub programme this year welcomed companies from around the world alongside Scotland’s own sell-out sensation Danny MacAskill’s Drop and Roll, including Australia’s YUCK Circus and Company 2’s Le Coup, Finland’s Race Horse Company with Super Sunday, USA’s Short Round Productions with Filament, Canada’s Les Foutoukours with Kombini.

Underbelly held the Big Brain Tumour Benefit for the third year, this time in the magnificent 1100-seater McEwan Hall. The line-up included Russell Howard, Jason Byrne and Nina Conti. The event sold out and all ticket income (£20,010) and bucket collection donations went directly to the Brain Tumour Charity, matched by Underbelly raising a total of £41,055 on the night and more in online donations. The online giving page for Brain Tumour Charity is still open and still rising, please do give what you can to support their seriously underfunded and yet so important work. https://www.justgiving.com/fundraising/underbellyedinburgh

Underbelly and Danny MacAskill’s Drop and Roll mounted a special gala performance in support of One City Trust raising £6,719 towards its work fighting inequality and exclusion in Edinburgh.

Around a further £13,000 was raised through benefits with Stand Up For Shelter, Austentatious presents Crosstentatious! for Waverley Care, and Werewolf: Live…Charity Spectacular!

This year Underbelly employed 547 staff to deliver its programme, 80% of them from Scotland, and 65% of them from Edinburgh. Approximately 70% of the staff were students – 35% at Edinburgh’s colleges and universities and the rest studying elsewhere in Scotland, across the UK and internationally. All of whom were paid national living wage or more, paid breaks, paid training, 100% of their tips, and none of which were on zero-hour contracts.

Ed Bartlam and Charlie Wood, directors of Underbelly said: “It’s 20 years since we started out with just four shows at the Cowgate and despite lightning storms, Brexit and rail engineering works, we’re thrilled to have presented over 200 shows with a brilliant line up of new writing, innovative comedians and the best of international contemporary circus.

“Ticket sales are 1% down at 417,500 tickets, but for us it is about much more than numbers. We’re delighted to have given space to those who want to create work which not only entertains but also addresses issues which affect us all, such as When the Birds Come, America is Hard to See, Ticker, Ripped and Fulfilment”

“Underbelly’s audiences, staff and artists’ big hearts raised a total of around £60,000 for charities including the Brain Tumour Charity and Edinburgh’s One City Trust which works to counter inequality and exclusion in Edinburgh.” 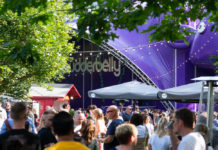 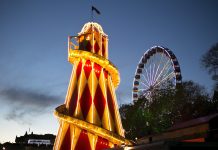