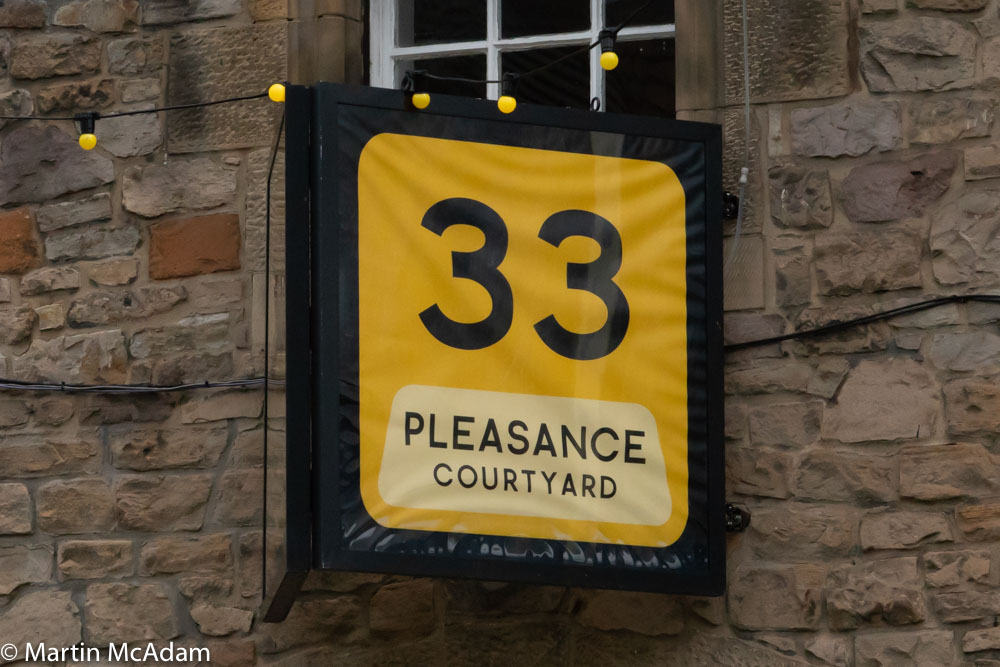 With over 560,000 people at Pleasance enjoying 5,534 performances of 277 productions, the Pleasance Theatre Trust celebrated its 35th year on the Fringe in great company.

With a trophy cabinet that once again include Fringe Firsts and both annual Edinburgh Comedy Awards, alongside a Total Theatre Award, this year’s triumphant programme has welcomed the most exciting newcomers, game-changing international artists and Pleasance stalwarts who delight audiences year on year.

This year, the Pleasance was able to bring its diverse programme to a larger audience than ever before, with an overall 1% rise in tickets sold. The Pleasance’s partnership with the EICC continued to provide a platform for technically ambitious, world class productions – with the Pleasance at EICC programme enjoying a 7% rise. The famous Pleasance Kidzone celebrated its 10th anniversary this year, and to mark this important milestone, Pleasance subsidised over 500 primary school children to welcome them to the Festival and let them see a show, meet the cast and try some of the crafts activities available at the Courtyard.

This year, Pleasance Theatre Trust supported a record number of artists and companies at all stages of their careers through the investment of over £140,000 (both in-kind and direct financial support) in twenty productions through its Pleasance Futures Programme. Pleasance Futures supported companies through the Charlie Hartill Special Reserve Fund, The Network collaboration with the Scottish Drama Training Network, Young Pleasance and, all new for 2019, The COMMON Award for working class artists, the Pleasance Associates Programme and Regional Theatre Partnerships.

In addition to providing artist development opportunities, the Pleasance remain committed to nurturing the talent and ambition of those forging careers off the stage. 216 dedicated volunteers participated in the 2019 Pleasance Festival Volunteer Programme, which saw team members gaining experience across all facets of the venue’s operation.

Anthony Alderson, Director of the Pleasance, said, Seeing Stephen Fry present both the Fringe Firsts and the Comedy Awards and seeing Sir Ian McKellen on the Assembly Hall stage where he first performed 50 years ago, brought the International Festival and the Festival Fringe together. The Fringe is a giant family of inspiration, an artistic society hellbent on challenging the inward- looking world we currently face.

“As we head into the final day of the Fringe the sun is out to mark the end of another fantastic month. Shows at the Pleasance have done so incredibly well, recognised by professionals and audiences alike with wins at the Comedy Awards, Fringe Firsts, Amused Moose, Stage Awards and Total Theatre. We couldn’t be prouder to have welcomed hundreds of school children to Pleasance – children who wouldn’t normally have access to theatre like this. They were welcomed by the amazing Festival Volunteer Programme who truly make the Pleasance what it is.

“With a sustainable venue called The Greenhouse and two performances powered by bicycles, we’re working to make the Fringe as green as possible. We’ve striven to make performances more accessible than ever before and this is something we will continue to pioneer. With over 5,500 performances from 174 companies, Pleasance remains a forward-thinking venue and the contemporary resonance of this year’s shows reflect the importance of the arts in making change. This has been the most wonderful festival, a truly inspirational month of great art and great friends.

E8, from The North Wall, and Bobby & Amy, both received prestigious Fringe First Awards from The Scotsman. For her role in E8, Alice Vilanculo took home one of The Stage Edinburgh Awards for an outstanding performance. The Accident Did Not Take Place was nominated for the Total

Theatre Award for Innovation, Experimentation and Playing with Form which ultimately went to Tricky Second Album by In Bed With My Brother, a previous recipient of the Pleasance’s Charlie Hartill Fund for Theatre. This year, The Listies were named the Child’s Choice by the Primary Times for Ickypedia.

The Greenhouse received the Three Weeks Editors’ Choice Award for their zero-waste venue which is built entirely from found and recycled materials while How to Save a Rock won Creative Carbon Scotland and Staging Change’s Sustainable Fringe Award. The Brunch Club won the Bright Spark Award by Scottish Theatre Awards on the Fringe and SOLD inspired a new award from Musical Theatre Review for Best Ensemble. Bryony Kimmings’ I’m a Phoenix, Bitch was shortlisted for the Mental Health Fringe Award, and took home the inaugural Popcorn Group Writing Award which platforms artists that ignite and challenge the status quo with fearless new writing, Jessica Ross’ Drowning and the Charlie Hartill supported A Womb of One’s Own by Claire Rammelkamp were also shortlisted. Bobby & Amy and Endless Second were both shortlisted for transfers to Adelaide Fringe with the Holden Street Theatres Award; Big Bite-Size Breakfast was shortlisted for the Carol Tambor Award; and both Syd and Havana After Dark made the shortlist for the Brighton Fringe Award.

The Pleasance continued to work in partnership with HIV and Hepatitis C charity Waverley Care to raise awareness and donations for their vital services. Over £60,000 was raised through collections made across the Pleasance’s sites and the proceeds from the one-off spectaculars, The Tartan Ribbon Comedy Benefit and Amusical which marks the largest level of donations in the partnership’s 28-year history.