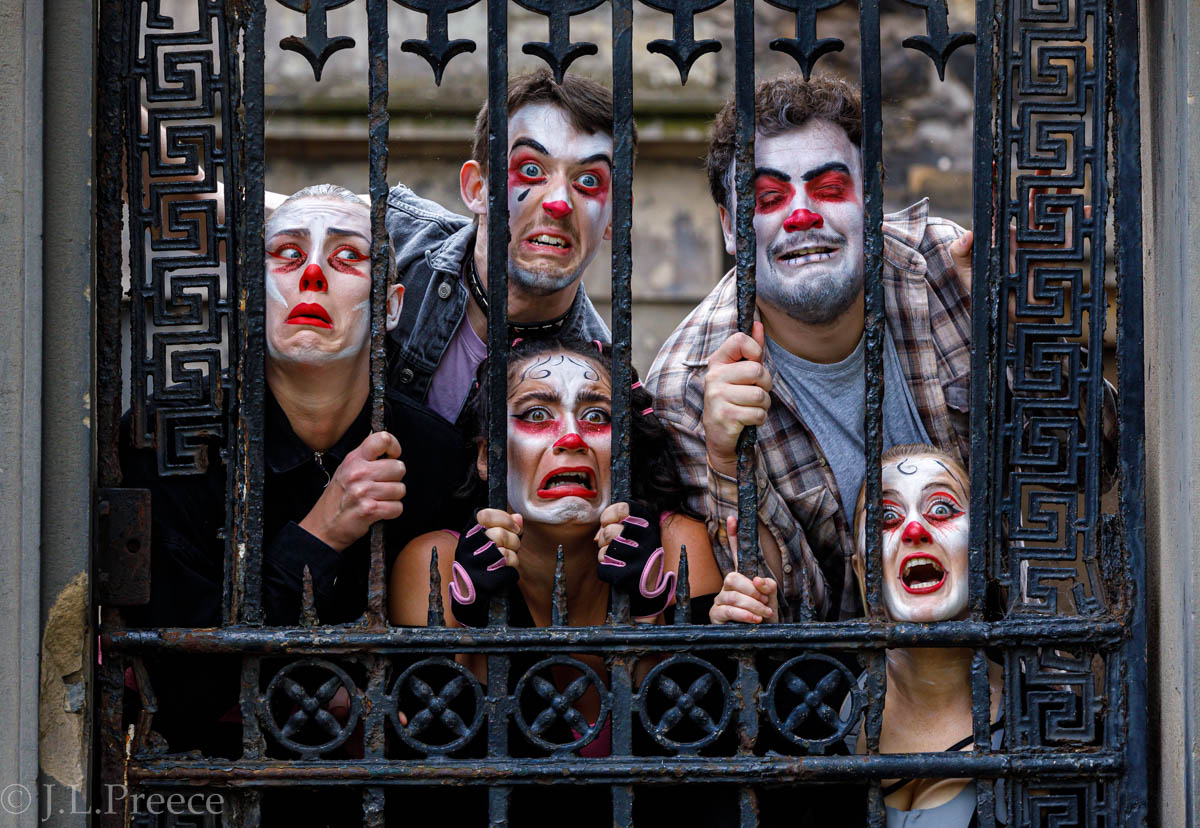 A recipient of New Diorama Theatre and Underbelly’s hit-making Untapped Award, supported by Methuen Drama, ‘Good Grief’ is a cathartic reckoning with death and grief through a kinetic maelstrom of outrageous clowning, powerful and poignant personal testimony and a thumping techno soundtrack.

Ugly Bucket created the first version of ‘Good Grief’ as a tribute to their late friend Tim who had one final wish: to create a show about death… so they did.

‘Good Grief’ is a healing process, celebration and funeral all rolled into one. A highly creative and symbolic piece, it explores the many images and allegories through which we perceive and process death and brings them to life in vibrant, often outrageous fashion.

An original score by Duncan Gallagher complements the high-energy movement with angular and sharp techno-beats and live theremin. Voice recordings of Tim and testimonies by drama therapy patients, hospice residents and volunteers with experience of grief interpolated into the soundscape.

The floating, purgatorial set transports us instantly from the inside of the womb to a hospital waiting room.

Good Grief has been adapted into a graphic novel to be published by Methuen Drama, with illustration by Kidda Kinsey.