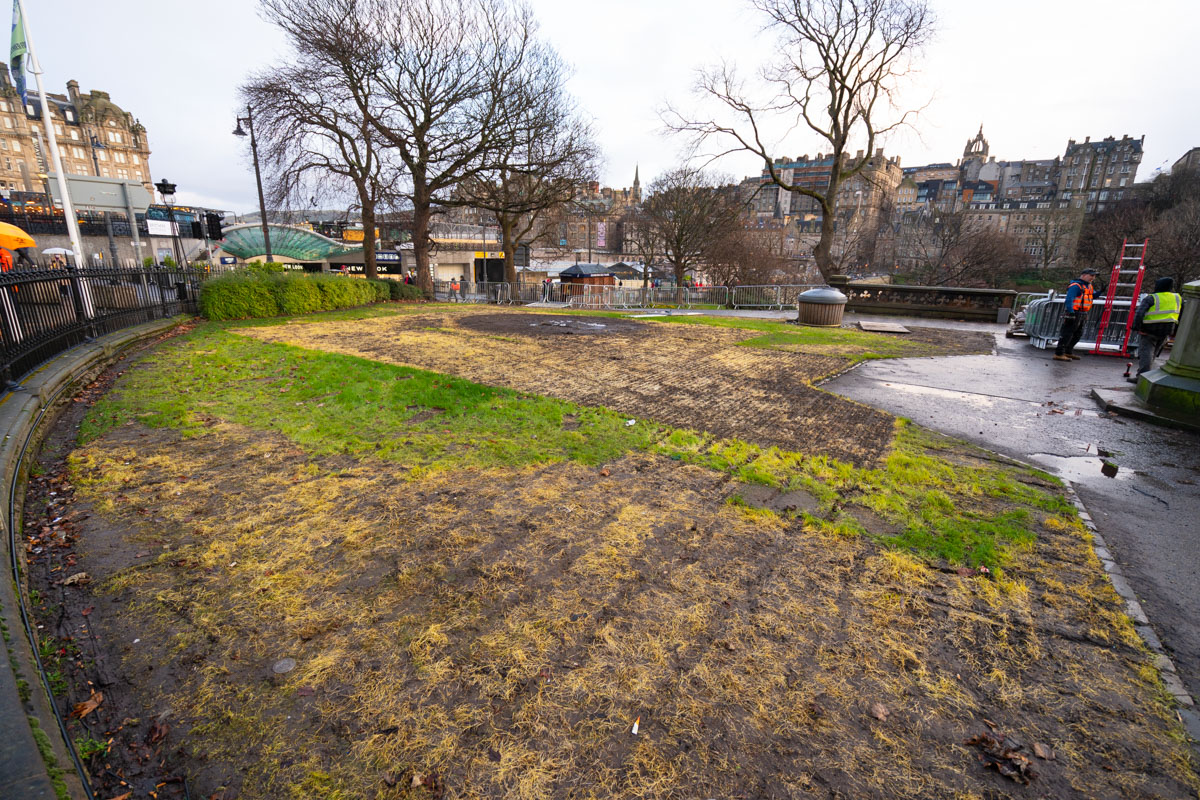 Edinburgh’s Christmas 2021 is now over and the producers, Underbelly, are involved in the cleaning up of Princes Street Gardens.

The market in East Princes Street Gardens, Christmas Wheel and other rides were not all sited on hard standing. Some were positioned on grassy areas around the Scott Monument as you can see in the photos below. At the time of our visit on Saturday pedestrians who wished to walk through the gardens were being turned back owing to the presence of machinery such as tractors and forklifts.

The contract between Underbelly and The City of Edinburgh Council obliges Underbelly to reinstate the gardens.

The two other areas at West Princes Street Gardens used for the Christmas Tree Maze and rides and on George Street where there was an open air ice rink are also being dismantled.

Towards the end of 2021 councillors agreed that next year’s contract for the Winter Festivals will be put out to tender and a Winter Festivals Director will be appointed. The brief for this is yet to be agreed, but follows a 12-week consultation in spring last year to which more than 8,600 people replied, and which was largely in favour of high quality Christmas and Hogmanay celebrations being continued in Edinburgh.