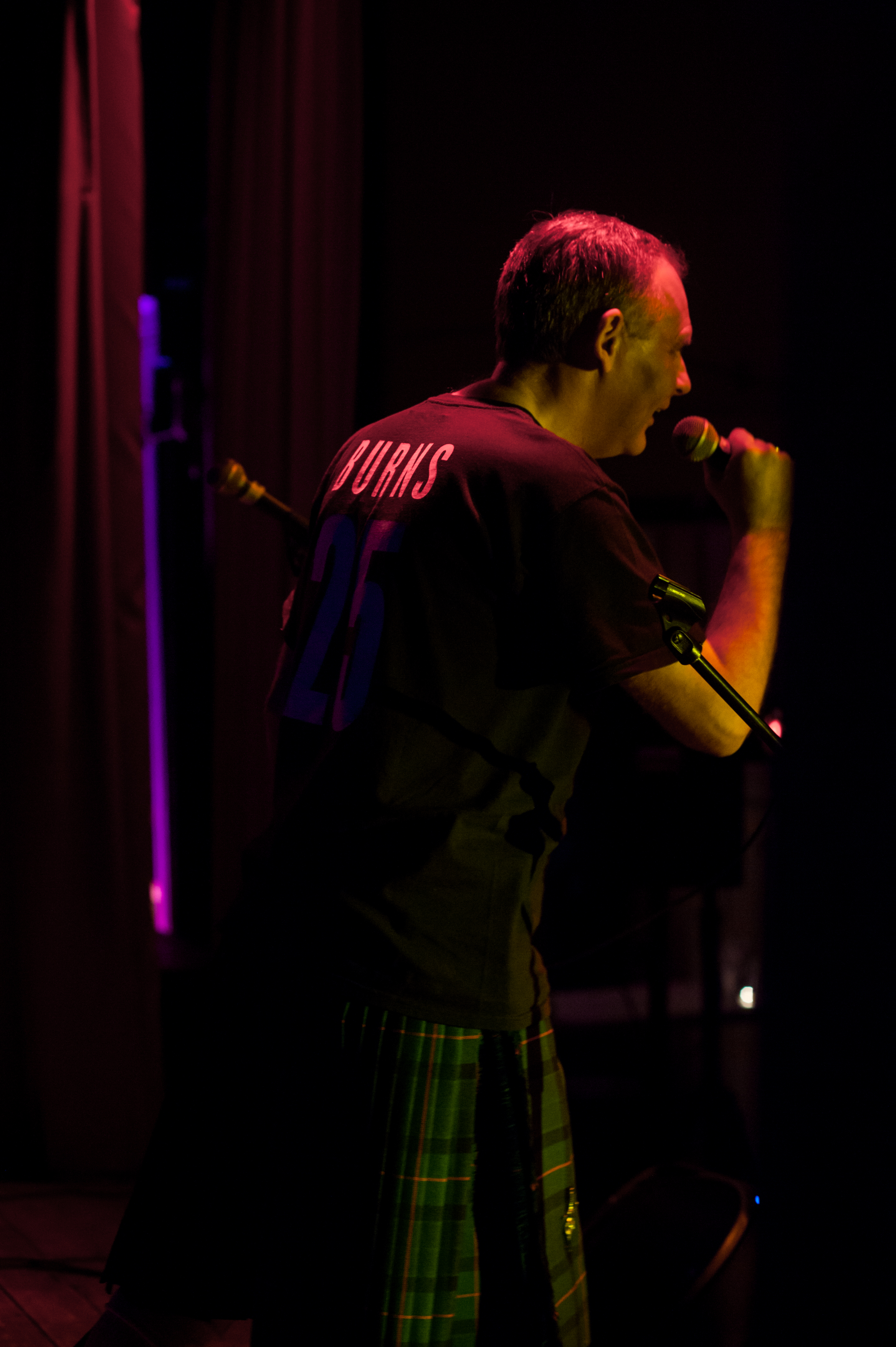 More sedate and quieter than any other Neu Reekie I have attended before now, the stage was graced with Craig Lithgow, a youthful local lad from Kinnesswood. Known for his talents with previous band, Emelle, his acoustic lyrical offering did not quite hit the mood of this crowd. t

They listen to him sing about “drinking on my own.” With some strong nods in the direction of Ivor Cutler and fantastic vocal control, he stood on stage adorned in typical skinny jeans and cardigan.  The patient crowd had high expectations for this gig, as there was much anticipation for the so-called “Queen of Scotland,” last year’s Scottish Album of the Year winner, Kathryn Joseph.

With a reputation for alternative Burns nights and Kevin Williamson recognised for his knowledge and performance of Burns poetry, it is hardly surprising that their Burns Belter was a sell out.

Focusing on a banned book of Burns poetry he came across with prose a little too risqué to repeat!  It was insightful to hear poetry of Burns that is not widely available. Sporting a kilt and a football shirt with “Burns 25” displayed on the back, Williamson recited the poetry as a superlative Burns’ specialist.

Generously handing out shots of whisky with every drink bought and tablet widely available in the true sense of most Burns nights, Pederson and Williamson’s night had a warm, personal vibe attached.   There was certainly not the same atmosphere or vibe as that of their previous gigs, well not at least until Boots for Dancing got up on stage and pulled out their harp.

Perhaps because it is January, perhaps because of the performers themselves, there was an air of tranquillity at this event. With music from New Zealand, Neu1 Reekie! yet again provided us with a flavour of the universal, interlinking culture.

Claire Askew, “deranged poetess” gained the respect of this audience particularly with her poem about Wakefield, which reeks of scorn with descriptions of “Shakey Wakey” as the “flag-decked capital of chavs”. Another poem of Askew’s parodied the conventional description of the moon in poetry, with a severe component of tongue-in-cheek, occasioning an eruptive applause.

Kathryn Joseph, intimately placed with her piano on the floor, begins with the anticipated, yet stunning, Bird. Occupied off stage, reminiscent of Nina Nastasia and Regina Spektor, red light squinting as she harmoniously gargles her way through the set, she plays to a respectful audience.

The final entertainment for the evening was so far removed from the rest on the bill, a floor-filling percussion band, Boots for Dancing, who, according to the crowd were last back on stage thirty-three years ago. Punk-funk band that used to be vibrant on Edinburgh’s music scene are back with a new album and with music liable to persuading the audience to the dancefloor, certainly change the pace in Pilrig St Paul’s Church. Covering LCD Soundsystem’s Losing My Edge and at times playing maracas and harps, it is clear what their live performance objective is, and there was no denying that they achieved this.

Let’s hope we hear more from this outfit. 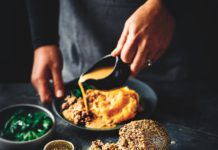 M&S and Macsween, a perfect partnership