A new Ryanair flight from Edinburgh will travel to Nîmes in southern France three times a week until the end of October 2022.

The route adds to the eight French destinations from Edinburgh and will take travellers to the city in Occitanie between Provence, the Cevennes mountains, the Camargue and the Mediterranean.

The city stages large-scale events throughout the year including the Flamenco festival in January, « the Roman Week » in May, the Pentecost Feria, a music festival in June and July and sound and light historical re-enactment shows in the majestic amphitheater in August, a Street Art Festival in September.

For gourmets, Nîmes is “the place to be” with more than 12 P.D.O. (protected designation of origin) products, one of the oldest and largest vineyards in France (Les Costières de Nîmes) and 4 Michelin starred restaurants.

In addition to that, the central location of the city makes Nîmes an ideal base camp from which to explore the South of France by daily excursions without changing accommodation.
Some of the most beautiful natural sites in the region, UNESCO-listed sites such as the famous Pont du Gard aqueduct or the abbey of Saint Gilles, the picturesque villages of Provence and the beautiful cities such as Arles, Avignon or Montpellier are less than an hour’s drive from the centre.

Franck Proust, President of Nîmes Métropole, said: “This is a great success for our two territories,because here in Edinburgh, as in Nîmes, tourism and the cultural offer are major axes of our economic dynamism! Our destination has a lot to offer the Scots, and this route is the new gateway to Greater Provence.”

Jean-Paul Fournier, Mayor of Nîmes, is delighted with the opening of this line. “It is important for a city to open up to the world and exchange with those who wish to discover it. The candidacy of “La Maison Carrée”, the best-preserved Roman temple in the world, to the UNESCO World Heritage List, is part of this desire that I have. Our city, which looks to the future and is marked by its history, is rich in its ancient heritage, its cultural offer and its four Michelin-starred restaurants.”

For Pascale Fortunat-Deschamps, President of Gard Tourism, “This new line is an accelerator of tourism for the Gard and the strong brands that are its tourist flagships. If the Cevennes, Nimes, the Pont du Gard, the Camargue, the Provençal part of the department or the resort of Grau du Roi – Port Camargue have no difficulty in being visited by tourists from all over Europe, the Gard has many assets that will undoubtedly seduce Scottish tourists.”

Olivier Galzi, Vice-Président of Edeis Group, “This new route is a wonderful opportunity to connect two amazing regions. In the heart of Grande Provence, Nîmes (known as the “French Rome” for it’s roman monuments but also for it’sunny climate all year long) is now able to welcome all the visitors who want to discover the spirit and the art of living of the south of France.” 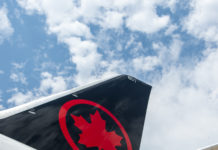 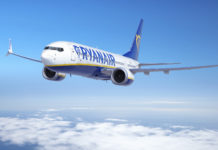 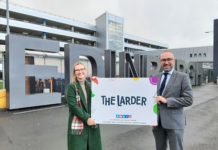 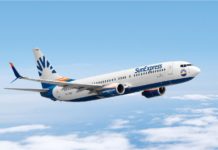 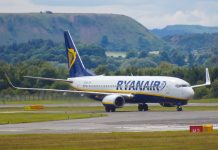 Edinburgh to Toronto flights will begin next year