The Edinburgh International Festival will be back in its full glory this year to mark the 75th anniversary of what began under the direction of the founder Rudolf Bing – who was himself a refugee.

The wide and varied programme is not grouped according to a theme, instead it is eclectic, reflecting the way that it has brought many World cultures together over the decades. But, the festival will celebrate a relationship with Australia in the biggest programme of artists from Oz in the UK/Australia season.

There will be 160 performances by 2,300 artists, and 87 events at 14 venues including opera, dance, music and theatre in the last of Fergus Linehan’s festivals before he steps down as Festival Director. Linehan is rightly praised with the rejuvenation of the festival in his seven year term, introducing large scale events with light projections and contemporary musicians never before included, making it more accessible to all.

This year’s Edinburgh International Festival will open with a free performance at BT Murrayfield featuring Australian contemporary circus company, Gravity & Other Myths, First Nations dance company Djuki Male, the National Youth Choir of Scotland and Scottish musicians including Aidan O’Rourke, Brighde Chambeul and Kathleen Macinnes. More detail of what to expect at the event will be released on 27 June, but it looks like a spectacular to rival the opening event at Tynecastle with the LA Philharmonic at the last festival held in 2019.

Refuge is a season of contemporary theatre, dance, visual art, film and conversation created in collaboration with the Scottish Refugee Council to explore themes of refugeehood, migration, identity and inclusion. Seventy-five years after Rudolf Bing co-founded the Edinburgh International Festival, this season reflects upon the profound impact that migration has had on arts and culture in Scotland and around the world.

To complete their four-year relationship with Leith Academy Muster Station: Leith is a new immersive, promenade performance created by multi-award-winning theatre company Grid Iron. This specially commissioned work takes audiences on a journey through the school as they shelter from an unknown external crisis. Students from Leith Academy will have the opportunity to contribute to the production creatively, as well as gain qualifications through participation in technical theatre and front of house skills development workshops, supported by the International Festival’s Learning & Engagement Partner Baillie Gifford Investment Managers.

The 2022 International Festival also pilots a number of artistic residencies as part of ongoing work to make the event more sustainable by reducing the amount of travel required.

Culture Minister Neil Gray said: “We’re delighted to support the Edinburgh International Festival as it celebrates its 75th anniversary this year. Set up after the Second World War to unite people from different cultures through the arts, the festival’s raison d’etre is just as relevant today as it was in 1947.

“As Minister for Refugees from Ukraine I’m pleased to see the themes of refugeehood, migration and inclusion in this year’s programme. In particular, I’m looking forward to Grid Iron theatre’s exploration of human displacement and migration in their immersive production of Muster Station: Leith which received funding through our Festivals Expo Fund.

“This will also be director Fergus Linehan’s final festival, and I’d like to pay tribute to his wide-ranging and inspiring programmes over the last eight years.”

Cllr Donald Wilson, Edinburgh’s Culture and Communities Convener, said: “The city’s International Festival returns in full force with an exciting celebration of artists and companies from Scotland and all over the world.

“This is a very special year for the festival, not only does it see a full programme of delights and thrilling encounters, it will also be marking its 75th year and Fergus Linehan’s final contribution as Festival Director. Over the last seven years, Mr Linehan has worked through an exceptional era of both social liberty and challenge to stage a festival programme both intimate and international reaching partners all over the globe bringing exceptional talent to Edinburgh, alongside showcasing Scottish companies and artists. I am certain 2022 will see his crowning accomplishment in delivering a renewed festival to Edinburgh and the world.”

The programme highlights will of course depend on individual taste but here are just a few which might catch your eye: 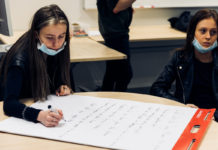 Honorary President of Edinburgh International Festival is asked for resignation 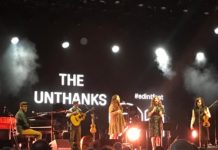 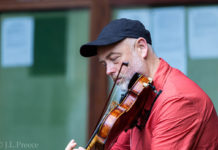