Several prestige motion pictures along with classic Christmas fare are coming soon to streaming services for the holidays – some is already available to watch on demand.

New release. Very positive reviews have met the drama film ‘I’m Your Woman’, with a commanding Rachel Brosnahan (The Finest Hours) in the leading role, which will debut on 11 December 2020.  Brosnahan plays a mother who, when her husband betrays his business partner, must go on the run to protect her family.

Even the trailer does a good job of teasing an impressive and original thriller not to be missed.

Classic: With most of the action in ‘Die Hard’ from 1988 taking place in a tower block on Christmas Eve (featuring an unforgettable Alan Rickman as the antagonist), it was only natural that after the terrorists were killed and the hostages (including his wife) set free, a larger venue would have to be found for the imaginatively titled follow up ‘Die Hard 2: Die Harder’ two years later.

Enter an international airport (the obvious next level) as Bruce Willis’ (RED) embattled police officer John McClane goes to battle once more as terrorists (again) take over on Christmas Eve (again) threatening those on the ground and on planes in the sky (including his wife, again) with significant mortal danger and travel congestion on the busiest shopping day of the year.  Disaster, or is it?

Directed by David Fincher from a screenplay by his late father, this is his first film since the mesmeric melodrama ‘Gone Girl’ six years ago.  While Fincher has collected a BAFTA, Golden Globe and Primetime Emmy for his directing efforts previously, an Oscar still eludes him.  Will ‘Mank’ bank him the most prestigious prize in film?  If the awards buzz surrounding the project is any barometer, this could be his year.

Classic: Nancy Meyers (It’s Complicated) directs the warm 2006 romantic comedy ‘The Holiday’ in which Kate Winslet (Titanic), Jude Law (Cold Mountain), Cameron Diaz (There’s Something About Mary), and Jack Black (Bernie) are rebounding from various heartbreaks and looking for love. This all takes place over the holidays, both in London and Los Angeles.  Indulge yourself in the slow pacing and easy-going fun in this comforting tale of assured happy endings for a complete antidote to the uncertainty of 2020.  Perfect for New Year’s Eve. (This is my all time favourite Christmas movie – Ed.)

New: On Christmas Day, Disney and Pixar will release ‘Soul’, its latest animated masterpiece to attract a 100% rating on review aggregator Rotten Tomatoes.  Featuring a voice cast including Jamie Foxx (Dreamgirls), Tina Fey (Mean Girls) and Angela Bassett (Mission: Impossible – Fallout), ‘Soul’ follows a wannabe jazz musician whose body and soul become separated after an accident and his quest to both the after-life and before-life in order to get back to Earth.  With its animation, story, music and voice acting all receiving critical acclaim, ‘Soul’ is sure to be another beautiful, moving and challenging adventure for all ages from the unstoppable minds at Pixar.

Classic: Jim Carrey (Liar Liar) provides the voices of Ebenezer Scrooge and the three Ghosts of Christmas in the visually operatic 2009 computer animation ‘A Christmas Carol’.  A stylistic companion piece to the 2004 classic ‘The Polar Express’, also directed by Robert Zemeckis (Romancing the Stone) and scored by Alan Silvestri (Forrest Gump), ignore the critics of the motion capture technology (yes, the characters do appear strange but that is part of the charm) and come for a beautifully realised, gothic staging of horror, fantasy and magic.  Gary Oldman (Bram Stoker’s Dracula), Colin Firth (Mary Poppins Returns) and Bob Hoskins (Who Framed Roger Rabbit?) also star.  Out of the seemingly hundreds of adaptations of this, the ultimate (alternative) Christmas story, this one is my favourite. 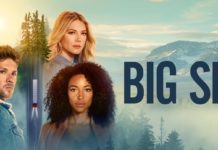 What’s on TV this month 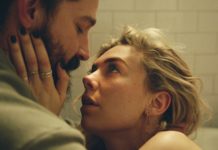 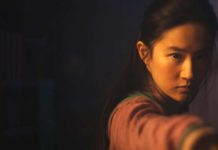 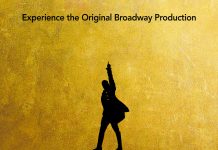 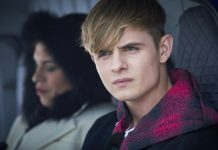 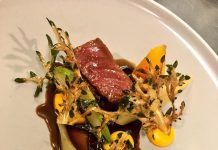 Recipe for the weekend – Venison

Opinion – Kevin Spacey has betrayed his fans too