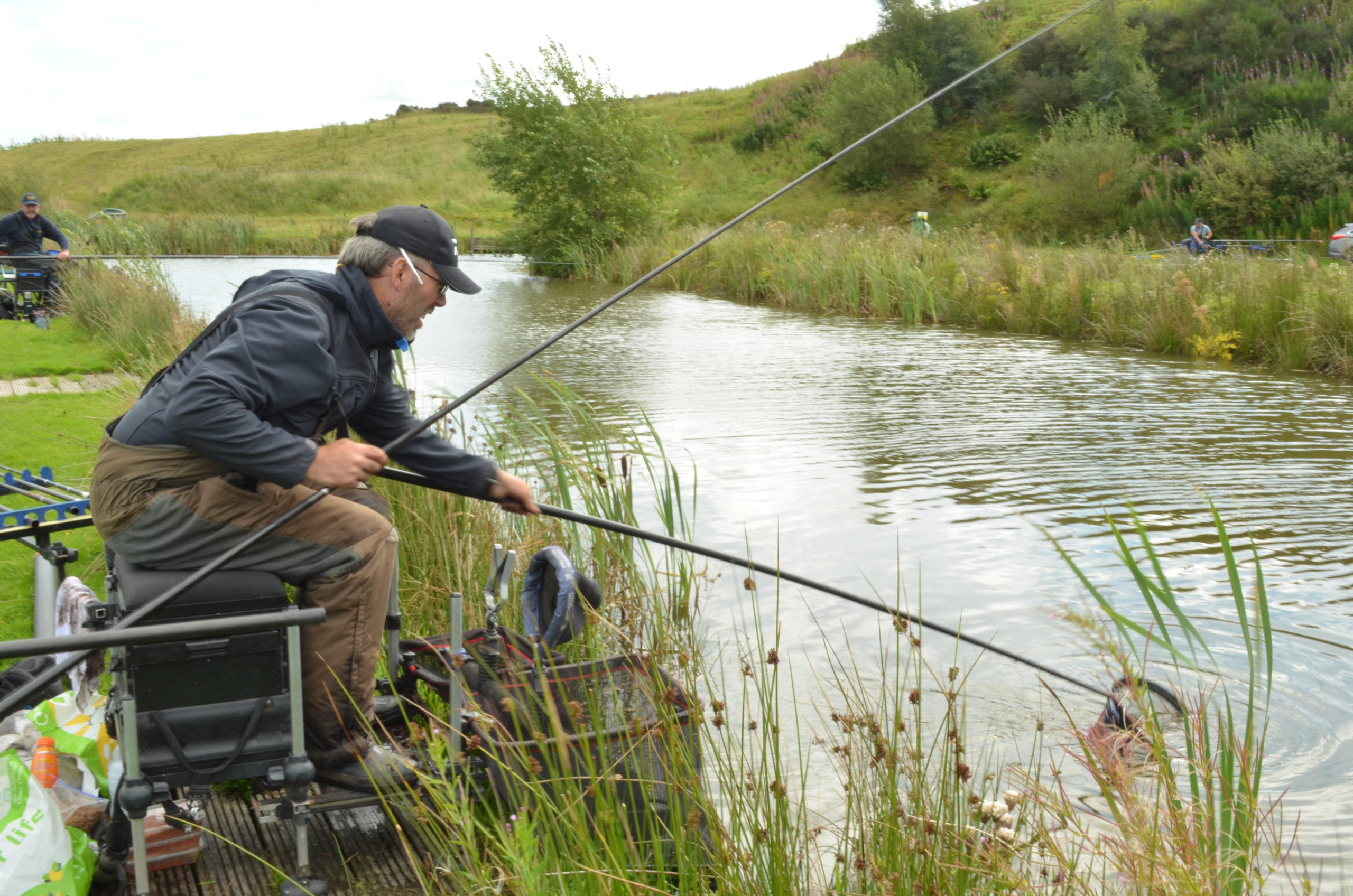 He landed a staggering total of 51lbs 4oz of fish at Orchill near Auchterarder during the match which last over six hours in cloudy conditions.

The match which was over at the draw as Darrin is an expert at extracting fish, especially chub, from Peg 20. He required two trips to the scales which only go to 50lbs.

Roz weighed in a net of carp and perch and she was neck and neck with Tommy, who was fishing in the adjacent peg, and she admitted she left it late, enjoying a run of six carp in the last hour. Tommy weighed in 10lbs, a bag which was full of silver fish and one carp, taken mostly from the far bank.

Darrin teamed up with Roz in the Pairs event and they walked it with a bag of over 60bs.

Meanwhile, a new fishing museum has opened in Kelso Town Hall celebrating more than 200 years of rod and line salmon fishing on the Tweed.

There are over 2,000 objects in the collection which has been put together by volunteers.

We move on to sea fishing now and Bass Rock Shore Angling League host the first in their winter series of matches on Wednesday, September 9.

The venue will be confirmed on their Facebook page but registration will be at 18.20pm and new members are welcomed.

Finally, Aquamarine Charters boss Derek Anderson has spaces for his 9am sailing on Friday out of Eyemouth.