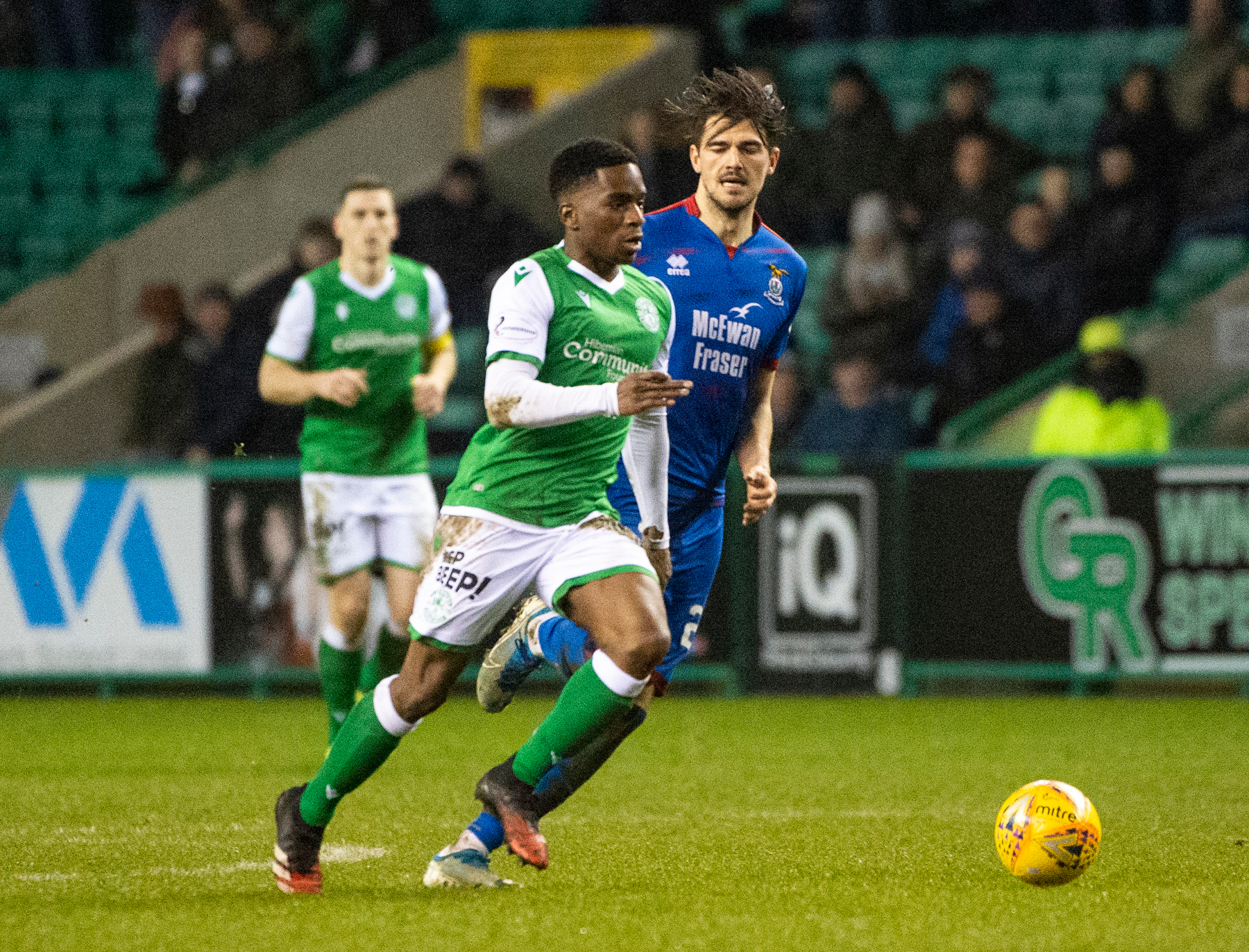 Stephane Omeonga has sparked speculation amongst Hibs’ fans by leaving  Italian side Genoa with a year still left on his contract.

Signed on-loan by Neil Lennon during the 2019 January transfer window, the 24-year-old made his debut against Motherwell at Fir Park.

Lennon left the club shortly after that and he continued his Hibs’ career under Eddie May then Paul Heckingbottom. In his first season he played 17 games and helped the club to a top-six finish.

He returned to his parent club that summer but was then loaned to Cercle Brugge.

In January 2020 Jack Ross brought him back to Easter Road where he played a further ten games, helping the club to the Scottish Cup semi-final with a memorable strike against Inverness Caledonian Thistle in the quarter-final.

After leaving the club following the suspension of football due to the COVID-19 pandemic, Omeonga said: “For the last two years, every transfer window has been uncertain. Unfortunately I don’t know what will happen next for me. All I can do is make my next move the right one. I would love that to be Hibs.

“I want my next club to be somewhere I can play for two or three years. It won’t be another loan deal. I need to find a home to grow and improve as a player. I am 24-years-old and I am still hungry to achieve some big goals. I think the club know this. I have told the gaffer Jack Ross how I feel.

“I know Scottish football is going through a difficult financial situation after this crisis so I can’t say what is possible. I just need to wait and see.”

Announcing his departure from Genoa, he wrote on Twitter: “The value of things is not in the duration, but in the intensity in which they happen. Thank you for what you have given me, I can never forget. This square is something special. Goodbye and good luck.”

The skilful midfielder is likely to attract interest from teams in Belgium and Holland but Hibs’ fans have not given up hope of him returning to Easter Road for a third time.