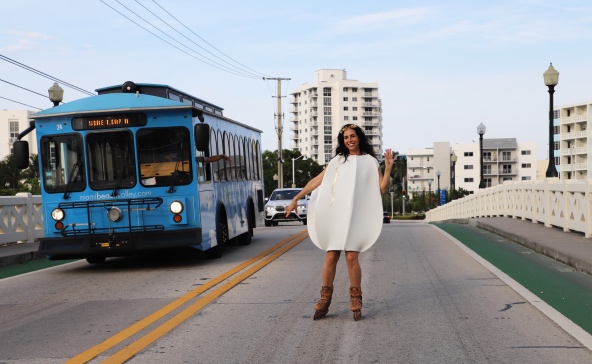 When a Miami Jewish woman who describes herself as “self-involved, loud and stubborn” married a larger, louder and more stubborn Miami Cuban Catholic man and his entire family … she met her match.

Jewbana is a sexy, moving, autobiographical, comedy, drama, dramedy? inspired by Susie K. (Kreitman) Taylor’s life, the battle to find her place in the world by letting go of a lifetime’s baggage.

The world premiere takes place at the Edinburgh Festival Fringe from 8 to 24 August. The play offers a delightful account of clashing cultures, complex family politics, motherhood and other thrills and spills. And it’s all dealt with a dash of burlesque.

“It’s quite a story. There I was, a loud and obnoxious Jewish girl marrying into an even louder Cuban Catholic family – in-laws, his family, my family and the conundrum of how to keep my hyper sexuality and creativity alive and kicking inside this marriage.” says Taylor.

As a woman, actor, wife and mother and daughter, Taylor has always put pressure on herself to take on particular roles, to be “a pleaser”, to be “a victim” and she is acutely aware of the impact that has on identity, self-esteem and wellbeing.

The play has emerged from her work to develop a new movement technique for actors called the SURF ACTING Method (Story, Understanding, Recasting, Forgiveness). This allows them to let go of the stress imposed by a life of being other people and pandering to others.

In creating Jewbana Taylor took the risk of asking other people what sort of person they think she is – accepting that they might be right, then putting it on stage. The result is a 360-degree perspective on a real woman – the good, the bad, “the asshole”.

She says: “Right before your very eyes, Susie K. Taylor will attempt an act like no other: an escape … from herself. This ego-defying thrill will leave you breathless and laughing. Watch her scale great heights and crawl out of abysmal lows. Experience a hurricane of cultural clashes and discover who will she be when she learns to gracefully lets go of everything she was.” 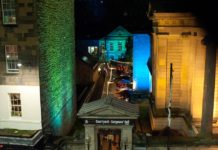 theSpaceUK will go ahead in Surgeons Quarter in August 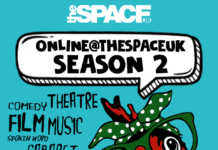