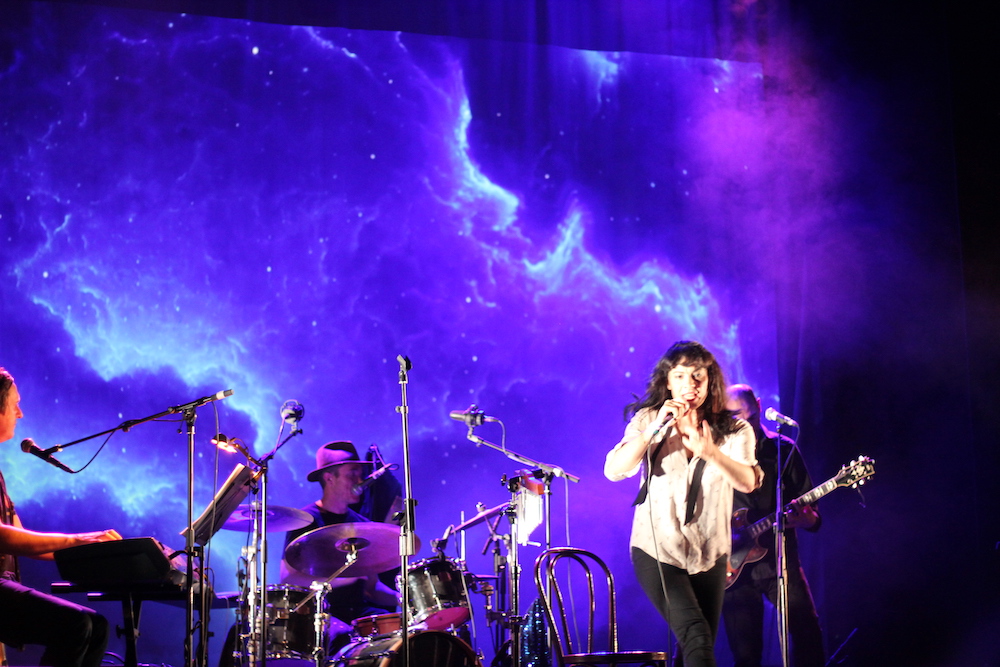 The queen of the Fringe reminds us that Nick Cave is one of the greatest songwriters of our time.

Camille O’ Sullivan’s interpretation of The Mercy Seat is reminiscent of another Fringe show, Myra starring Lauren Varnfield in the role of child-killer, Myra Hindley.

The character suggests “I have asked God for His forgiveness, but I couldn’t ask for yours.” Similarly, O’ Sullivan takes on the role of a woman on death row who admits her crime in the end.

It is a shocking and brutal moment of truth, revealed before she is sent to her death. Likewise, her performance of the American folk song Stagger Lee, recorded by Cave & The Bad Seeds for his Murder Ballads album is both blood-curdling and breathtaking, leaving one woman in the audience ashen-faced.

While the French-Irish singer takes us to a dark abyss, we are not left there. The light begins to crack with a spellbinding Ship Song and the audience sing-along as if they are belting out a church hymn: “Come sail your ships around me. And burn your bridges down. We make a little history, baby. Every time you come around”.

In the end, there is nothing left to do but rejoice.