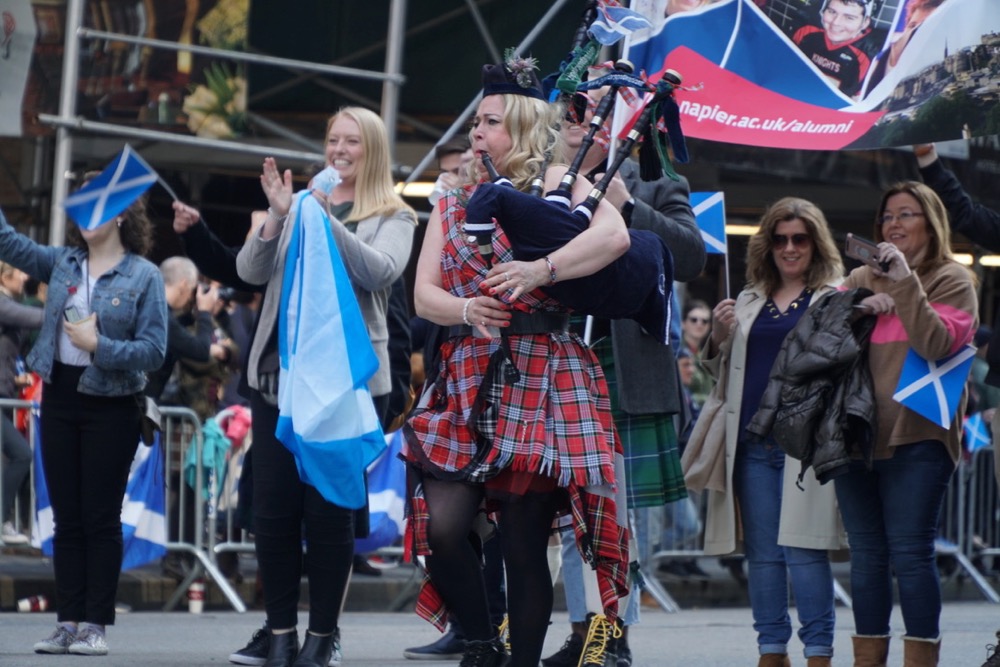 Louise Marshall, official piper to the Lord Provost of the City of Edinburgh and Hibernian Football Club paid a flying visit to the Big Apple for the Tartan Day Parade on Saturday.

After arriving late on Friday night she entertained the crowds all the way up Sixth Avenue before playing for the Grand Marshal Sir Billy Connolly one of his own tunes “If it wisnae for yer wellies”. He loved it and we could see him exclaiming in surprise when he recognised the tune.

Louise lead the Edinburgh Napier University delegation in the parade. She wore the red and black Edinburgh Napier tartan. She said : “I am honoured to do that as a former student.” She was one of the stand-out participants in the parade, giving every ounce of energy to the performance which she later described as the real highlight of her piping career.

Louise Marshall The @LordProvostEdin piper played ‘If it wisnae for yer wellies’ for Billy Connolly watching on from the open top bus on Sixth Avenue @nyctartanweek He loved it! #NYCTartanWeek pic.twitter.com/BzMnQ6MXxy

The university hosted a pre-parade brunch at the Warwick Hotel before joining the clans and pipe bands who took part this year in record numbers.

Last year Louise led the World Fair Trade tartan delegation. She is getting to be a bit of jetsetter as only recently she was the solo piper for the Symphony of the Seas naming ceremony in Miami. This is the largest cruise ship ever built. 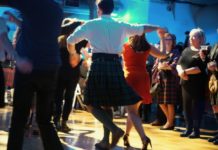 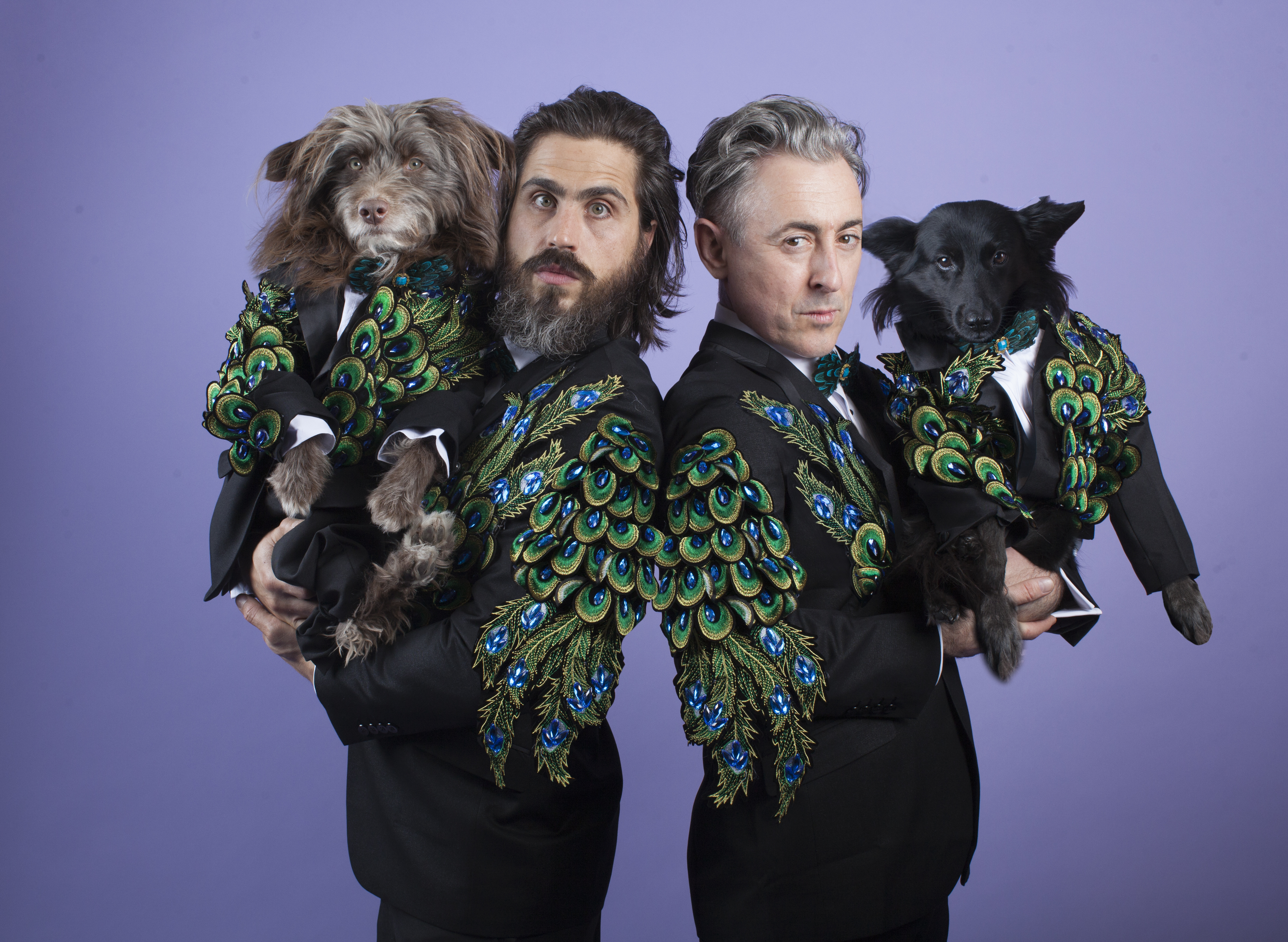 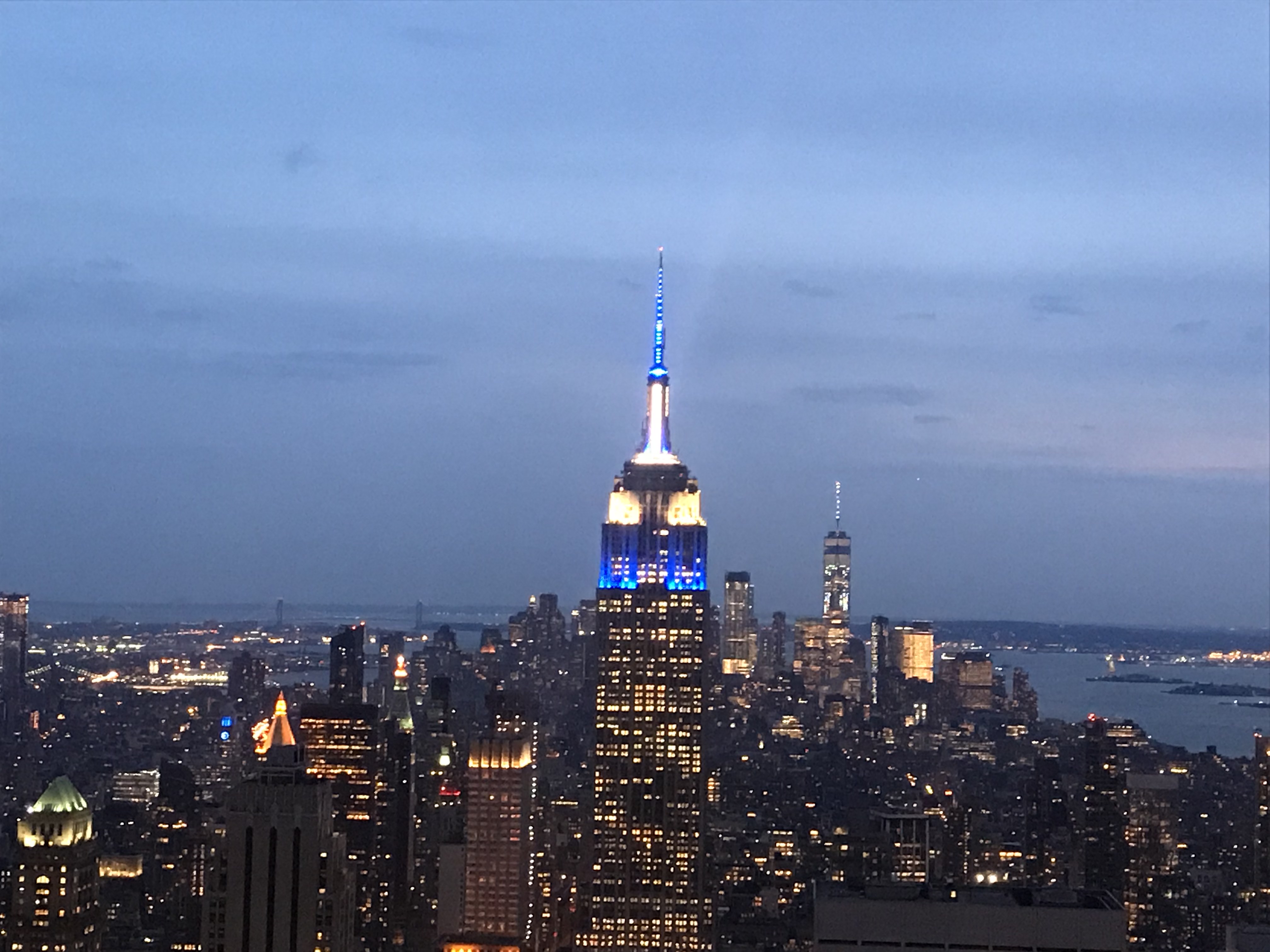 #NYCTW 2018 Speaking to the President

#NYCTW 2018 Louise is piping her way to New York