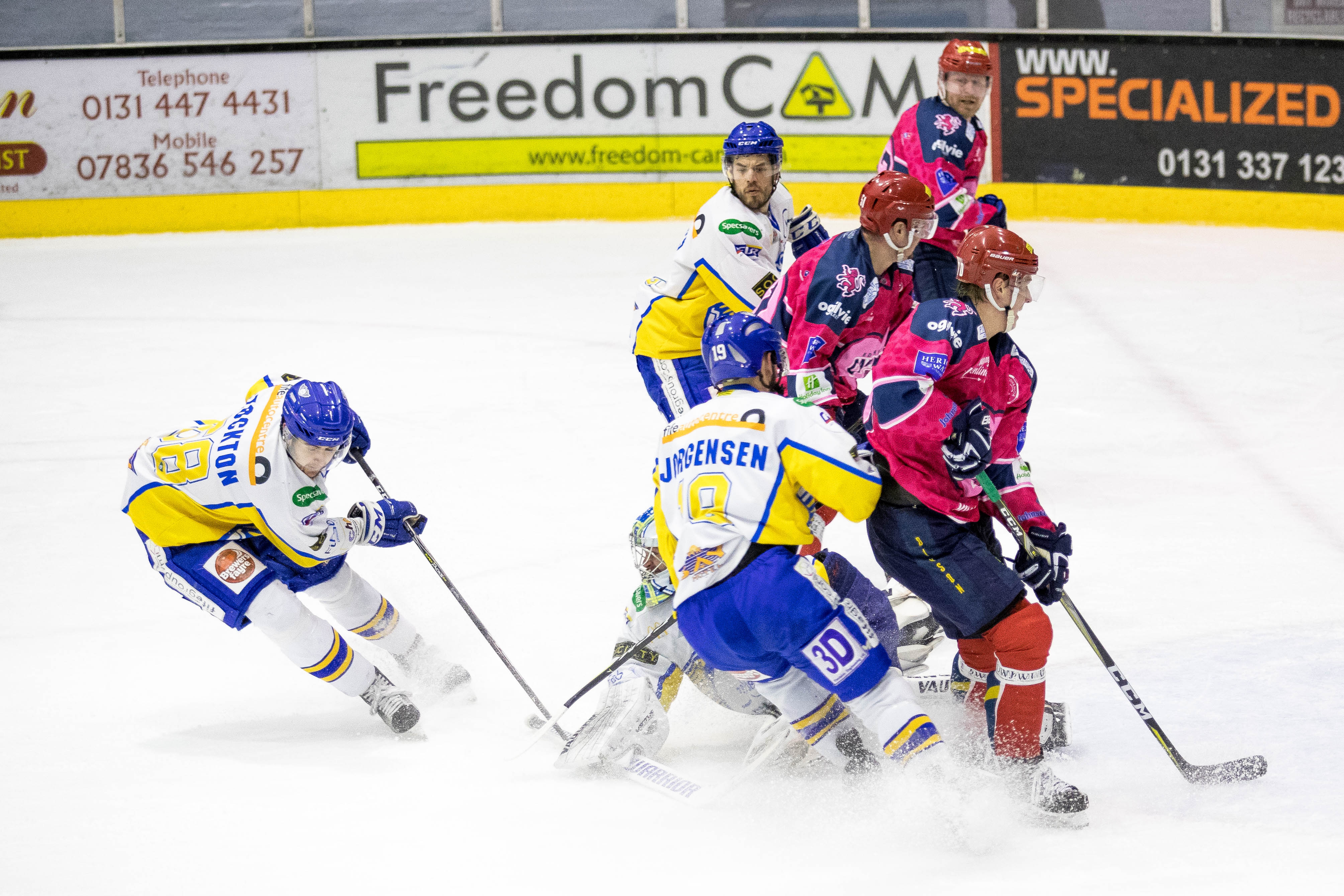 Teenage prospect Jordan McLaughlin has been given the task of taming Nottingham Panthers when the Midlands club arrive at Edinburgh Capitals on Sunday (6pm).

The Edinburgh-born goaltender takes over from crocked No 1 Tyler Beskorowany who was hurt inside the first five minutes of last Sunday’s 10-2 hammering by Elite League pace-setters Cardiff Devils.

It’s a huge ask for the relatively inexperienced, 18-year-old Scotland under-20 netminder who has only been involved in 13 games so far this term, logging just over 500 minutes, mostly on the bench.

Co-coaches Mike D’Orazio and Jock Hay don’t really have an alternative for Panthers first visit to Murrayfield this season.

The much-decorated English club arrive after icing at Dundee Stars on Friday and at Fife Flyers on Saturday.

Capitals had Saturday off so come in fresh but they lost 5-2 in Nottingham and prop up the 12-strong league with 11 points from 45 games so far this term.
Panthers are seventh in the table and coach Corey Neilson is determined to complete his coaching stint with Panthers on a high. He leaves at the end of the season.

He will be well aware that Capitals can produce shock results like their recent 4-2 victory at second-placed Belfast Giants.

Meanwhile, fourth-placed Fife Flyers visit Sheffield Steelers, a team one place below them in the table.

Inconsistent Steelers were beaten 3-1 by the Kirkcalcy club on their last visit and Fife also hold a 2-1 overtime win over the men from The House of Steel at The Fife Ice Arena earlier this season.

Coach Todd Dutiaume is desperately keen to add to the club’s Gardiner Conference triumph by finishing in the top four and making the Grand Final at Nottingham on Sunday, April 8.

And he has demanded that his men stay in top gear in the crucial run in to the season.