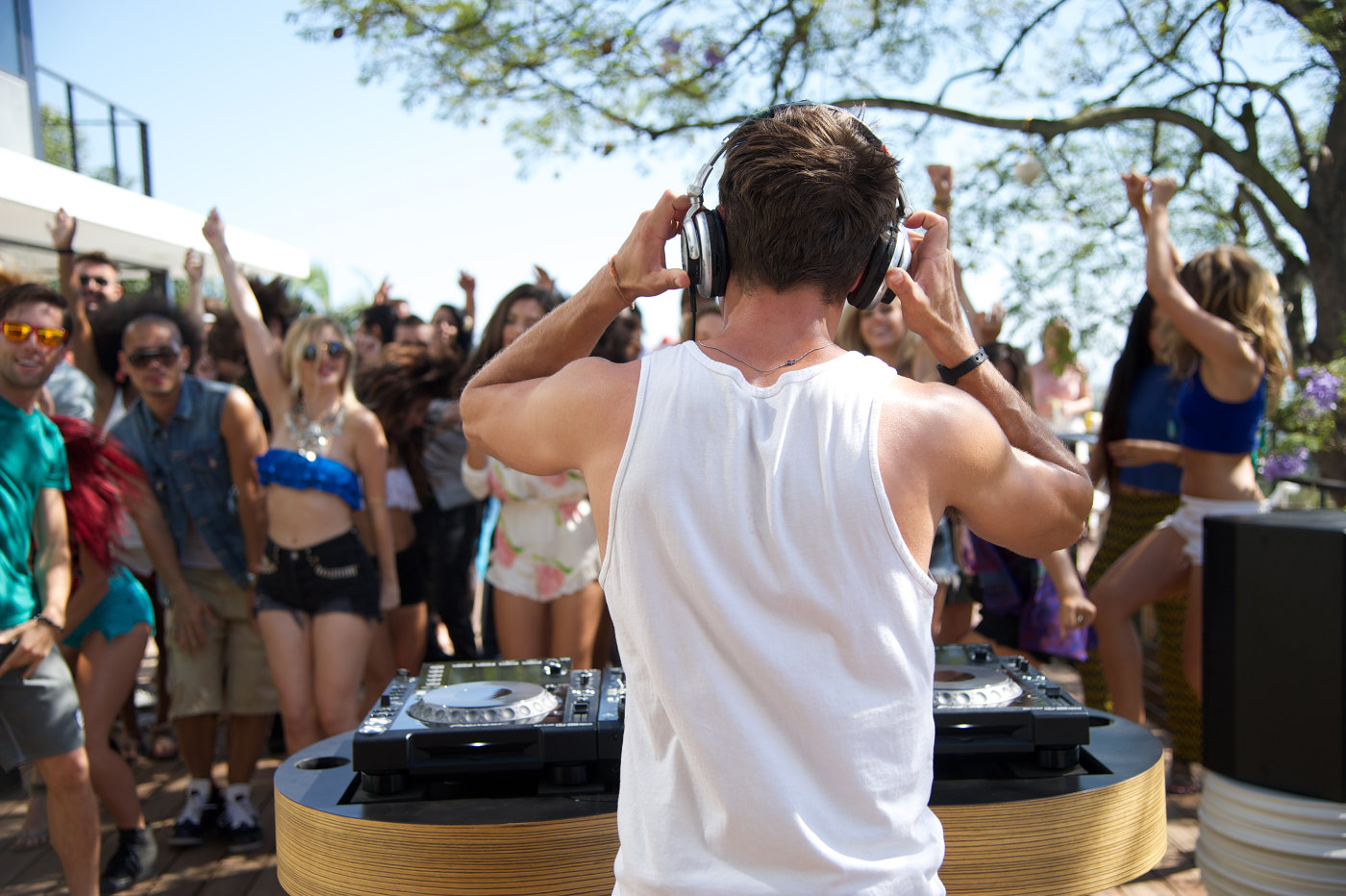 In the shadow of the Hollywood hills, a group of four wasters earn a living as failing nightclub promoters – but amongst them lies a musical gem. Cole is an inspiring DJ, reluctantly left to make his money in real estate. When he finds himself sharing a smoke with an EDM (Electronic Dance Music) idol, his life takes a crazy turn, forcing him to balance his new profession and his deadbeat friends.

We Are Your Friends lacks the grimy authenticity that made the year’s other electronic music ode, Mia Hansen-Løve’s ‘Eden‘ so great.  There’s a sore lack of understanding in its circumstances. Here we have an exceptionally well groomed Zac Efron as our protagonist, an apparently broke DJ who “totally loves electronic music”. He’s the kind of guy you would spot in a nightclub and avoid at all costs; a poser of the dancefloor – or the decks, rather.

For a film about someone’s rise to the top, we’re never truly presented with Cole’s progress nor the dingey, penniless lifestyle these musicians all apparently live. Director Max Joseph brings this story to the screen with barely a stroke of authenticity. A real shame, considering the cast does a swell job, particularly Efron who’s slowly edging into better roles with this as a silly setback.

We’re expected to root for this wolf pack of irresponsible twenty somethings, cruising the San Fernando Valley and peddling drugs at flashy music festivals. They’re the kind of characters that work in the hands of people who know how to use them – the real portrayers of youth like Harmony Korine or Céline Sciamma. First time feature screenwriter Meaghan Oppenheimer (no relative of Joshua) tries to dip the film’s toes into every type of youth subculture that seems relevant. So much so, that none are explored deeply enough. This is all cinematic surface water – all aesthetic with no shuddering, effective bass.

Compliments do go to Brett Pawlak, the film’s Director of Photography who gorgeously puts the parts of Los Angeles in the shadow of the Hollywood Hills into grainy cinematic form. His talent transfers from these rugged grounds to the plasticine, sparkling towers and sculptures of Las Vegas in one of the film’s most visually impressive, if scripturally reductive sequences. As Efron and Emily Ratajkowski run through the glittering streets in shades of butter gold and lilac, a damn good remix of Years and Years’ Desire by producer Gryffin plays. It’s one of the film’s most care free and surprisingly coherent moments – a rare piece of genuine pleasure in something wholly staged.

The film’s original musical composition (supposed to be crafted by Cole) that we’re meant to see as hit-making and revolutionary lacks any sort of genuine EDM substance. Arguments could go back and forth about the ‘quality’ of Electronic Dance Music in its most mainstream form, but even this feels totally unbelievable. With a saccharine-sweet overarching message that comes in the form of a cringe worthy closing number, we’re left to believe that that’s what this loud, hyperactive genre is all about: heart. We’re. Not. Con-vinced.

We Are Your Friends opens in UK cinemas August 27th