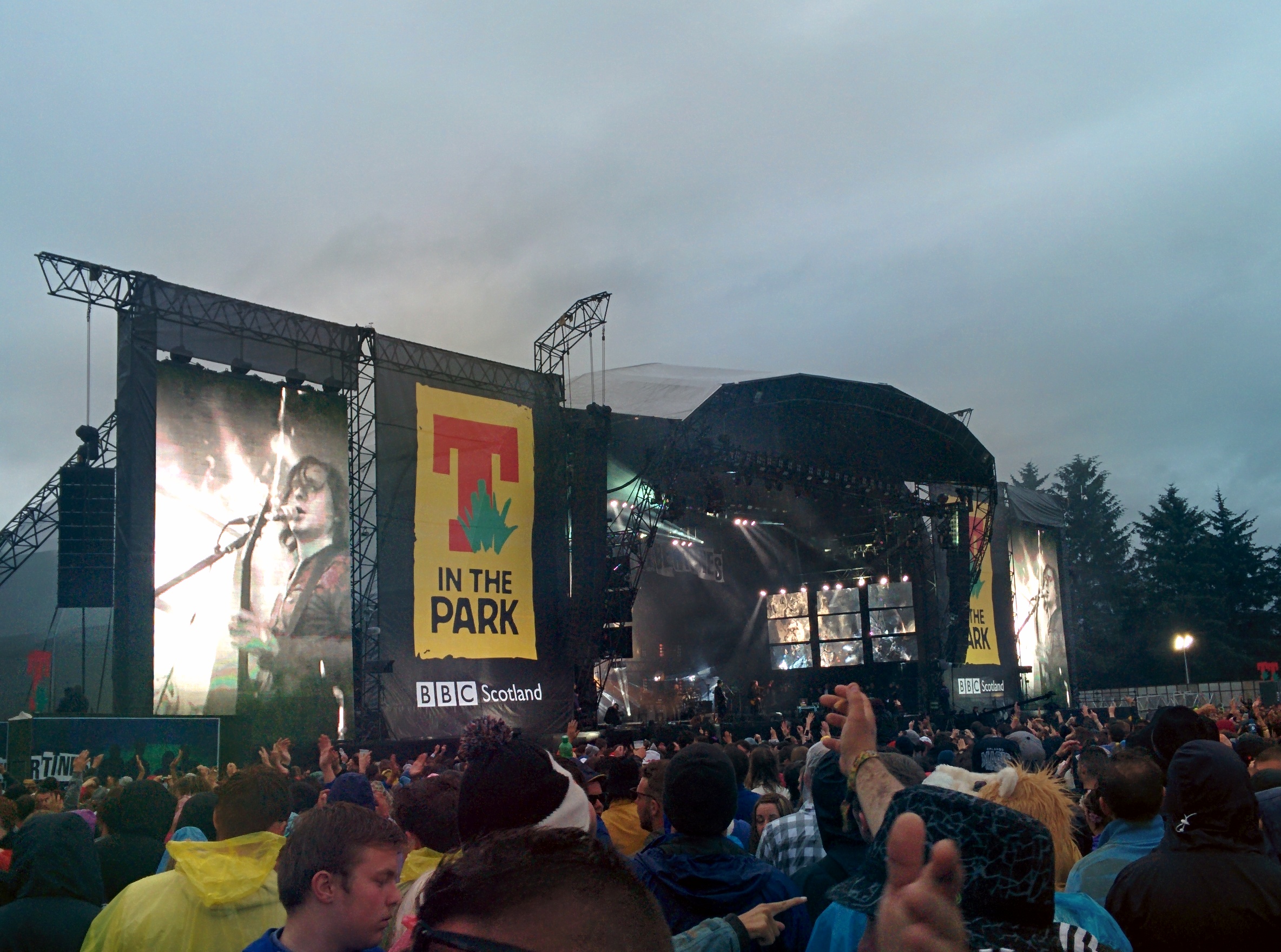 Saturday is always the jam-packed day for music at T in the Park, and this year was no exception: with The Libertines, Twin Atlantic, Avicii and Courteneers being the most sought after acts at the top of the bill.

Predictably it rained during the latter half of the day, but Seasick Steve made most of the last sunny weather at the main stage to serenade the audience with his unorthodox blues, performing on his makeshift box guitar. While half of the set came from his new album, Sonic Soul Surfer, the crowd that is heavily influenced by chart music still managed to hoedown to Seasick Steve’s old-man punk attitude.

Charli XCX used her eccentric side to win over the audience at the BBC Radio 1 stage. Accompanied by her three-piece band, the singer, who is noticeably larger in America than her home country, ran through her joyous selection of euphoric songs. The backing band brought a punk aspect to the performance, with it incorporating some commendable stagecraft, including Charli’s incredible utilising of the entire stage.

She was only matched by Marina and the Diamonds over at King Tut’s Wah Wah Tent, who, just like Charli XCX, managed to turn the tent into a ballroom party. ‘Primadonna’ was perhaps one of the highlights of the day, as Marina Diamondis stood at the front of the stage at the end of the band’s slot – soaking in the crowd’s exuberance.

Paul Heaton and Jacqui Abbott of The Beautiful South fame got lucky when the heavy rain began to fall, causing people passing by to shelter. But even more lucky for the people who chose to opt for dry, as Heaton and Abbott, with an accompanying band, tore through material from their collaborative album and songs from their yesteryears. The crowd of young and older sang along to the hits that are instantly recognisable, even when the name of the artist and song isn’t as such.

George Ezra was one of the most popular choices of the weekend, with his debut album exceeding any expectations the singer-songwriter once had – propelling him to over 170 million listens on a single song on Spotify. His 45-minute set ran through the Wanted on Voyage album, where Ezra was evidently in awe with the enthusiastic crowd during his hits of ‘Blame It on Me’ and ‘Cassy O”. It was all too drab as Ezra’s inconsistent set struggled to capture the crowd who drifted during the sluggish numbers.

Down at the BBC Introducing Stage, Redfaces from Sheffield combined early-Beatles melodies with more modern indie snippets of Arctic Monkeys and the occasional Strokes resonance. The young outfit look to convincingly follow in the footsteps of their fellow Sheffield influence fathers, which looks likely considering the rocketing fame Redfaces are already on their way to.

If there was a competition for which band was the loudest at T in the Park, then it would probably be awarded to Vukovi. They know they’re loud, they are loud – there’s no denying that – but the tent wasn’t put off and leaving because of it; Vukovi were attracting people for those intrigued by the intense melodies that were sweeping inside. It was down to the ridiculously harmonic Scottish four-piece with a singer so forceful to grab the moment and show why they’re one of Scotland’s future stars – potentially filling the void of Marmozets, who once were that up-and-coming band and now a mega alternative rock band.

St. Vincent’s stage craft is always mysterious. As soon as Annie Clark arrives on stage, she is shuffling her feet to and from the microphone. You can sense that if St. Vincent wanted to make the show as visceral as possible, they would expand it to one of the most extravagant theatrical live settings in music show business. Clark is talented – her guitar playing is precise and effortless, and everything else behind her looks robotic yet it’s all combined to be compendious.

It’s difficult to grasp The Libertines’ success. Only through two albums and since the reunion, they’ve managed to grab even more fans from the younger generation. But when you see them live, and witness how focused the performance is, you can see why they get their popularity. The band ripped through songs from their original years and some new material from their new album, with new song ‘Gunga Din’ even getting notable greeting. The Barât and Doherty mic-sharing combination never looked any sweeter.

Twin Atlantic have come a long way, starting at the T Break stages eight years ago and now headlining the BBC Radio 1 stage on a Saturday night. It is probably well-deserved after staging a gig at The Hydro. The initial stage was shaky with Sam McTrusty’s voice struggling to hold up. But the rain wouldn’t stop them as they persevered and exemplified their excellent live craft – even if it is usually better in an intimate setting.