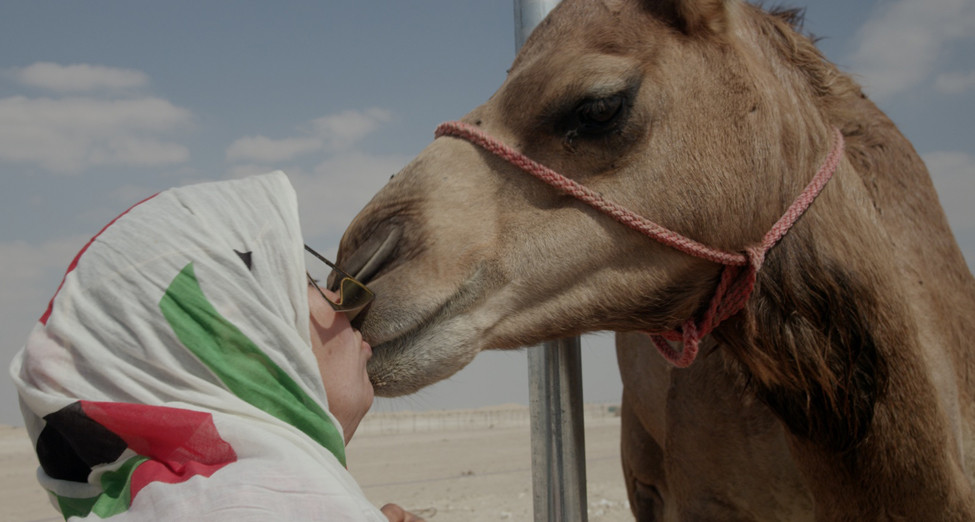 For years, Fatima Ali Al Hameli has trained and preened her beautiful herd in order to see them reach the dizzy heights of success by winning the top prize in the Al Dhafra Festival – a beauty contest for camels in the United Arab Emirates. The only woman involved, she must ignore her naysayers and embrace her talent to prove her worth in a world full of men.

Laying down in the desert in a white dress with purple polka dots, we see a woman who, despite her people’s perception, is merging her cultural tradition with a wild and proud feminist attitude. A pioneer in her trade and home country, her courageous story is brought to life under the observant eye of director Nujoom Alghanem with a lovely embrace of colour and humour.

When watching Hameli tell her story and commit to her work, you suddenly realise how frivolous some of the leading figures of feminism are around in the West. Here we have a woman who has near enough her entire country against her and yet thrives from the words of those who doubt her. In several situations Alghanem depicts, we see a woman taking the higher ground. Hameli often orders around her often clueless, Sudanese camel-wrangler Mohammed; who seems unphased to the fact that he is a rare man in the minority.

Nujoom Alghanem rightfully depicts her subject as a rare female boss with such depth and beauty that you find yourself as an audience falling for her. Determined and beautifully bold like Hameli herself, Nearby Sky has a fighting chance at winning the Documentary Prize at this year’s festival.

Nearby Sky plays as part of the Edinburgh International Film Festival 2015. For ticketing information, head to the EIFF website.