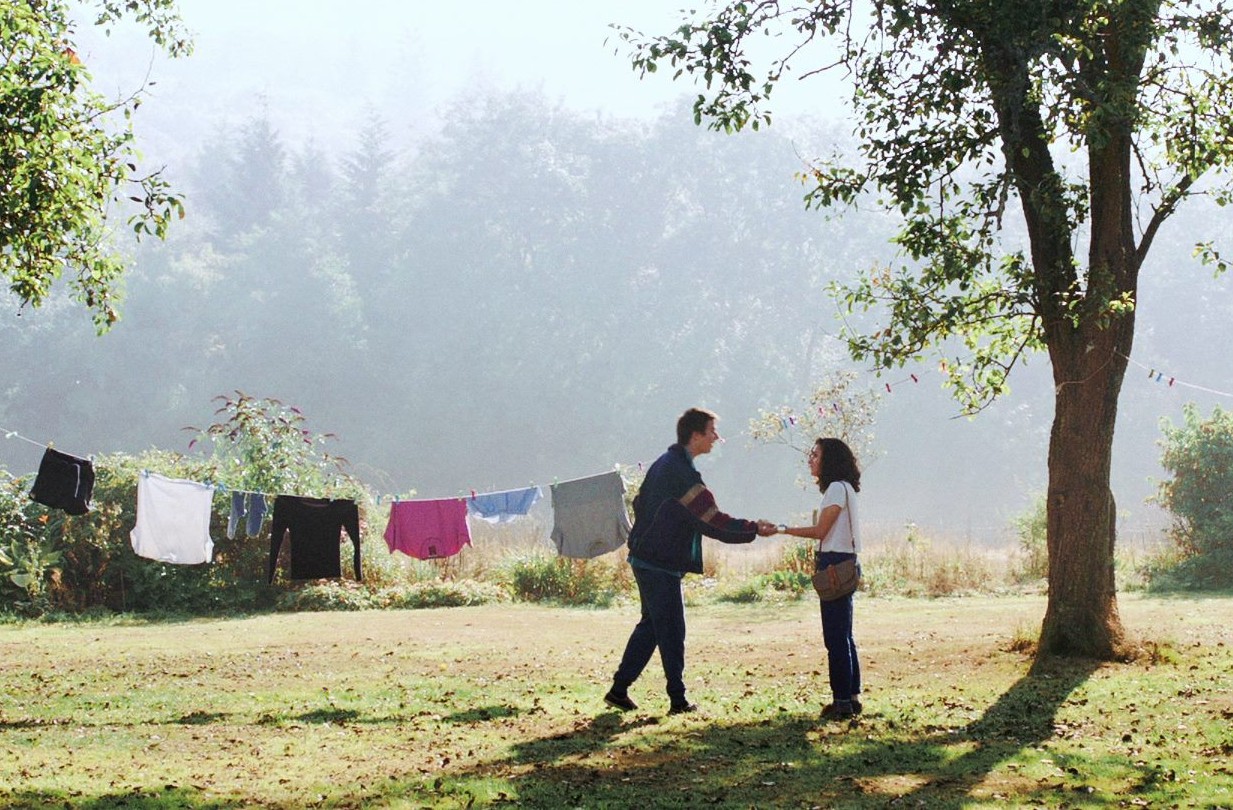 For a debut film, there is a seriously impressive understanding of its characters that helps keep Chicken firmly on its feet. The directorial debut of young Joe Stephenson, it offers a striking look at how broken Britain really is; following the lives of a disjointed family living on the edge of society.

Cast out by their dysfunctional family structure, two brothers live on the skirts of the English countryside sharing a caravan home and very little else. Polly is a job drifter, doing anything he can to make himself money. Fifteen year old Richard, an outcast with learning disabilities, explores the world around him, counting a loyal chicken named Fiona as a close friend. But when their life of solitude from the bustling outside world is interrupted by their new neighbours, the bond between the brothers is frayed even further.

I first heard about Chicken when doing my research for an interview with its editor, Charlie Lyne a few months ago. He commented that although his involvement was fairly limited that he was comfortable singing the praises of Scott Chambers. Chambers delivers an awe-inspiring performance as Richard; interpreting mental disability with a frank and uncompromising eye. He really shines when Yasmin Paige comes into the picture. The muse of Richard Ayoade’s directorial visions, she takes pride of place as a brilliant actress in a film that, till her performance, needed a little refinement and clarity. Her chemistry with Chambers as the young boy’s best friend is touching and believable; her boisterous attitude paired with the Richard’s lack thereof. It makes for gorgeous viewing.

At the start, Chicken has a wispy nature that makes emotional investment pretty difficult. We’re presented with a sweet, endearing young boy suffering from a mental illness and his older brother who doesn’t care too much for him. It’s the kind of family structure that we’re used to seeing in Jacqueline Wilson CBBC adaptations and, at times, it does feel a little like this. But what perhaps makes Chicken so impressive is that it lures you in under this comely nature and uses it to trap you in a twist that’s so, well, twisted that it holds you in its grip til the closing scene.

Chicken is playing as part of the Edinburgh International Film Festival 2015. For ticketing information, head to the EIFF website.