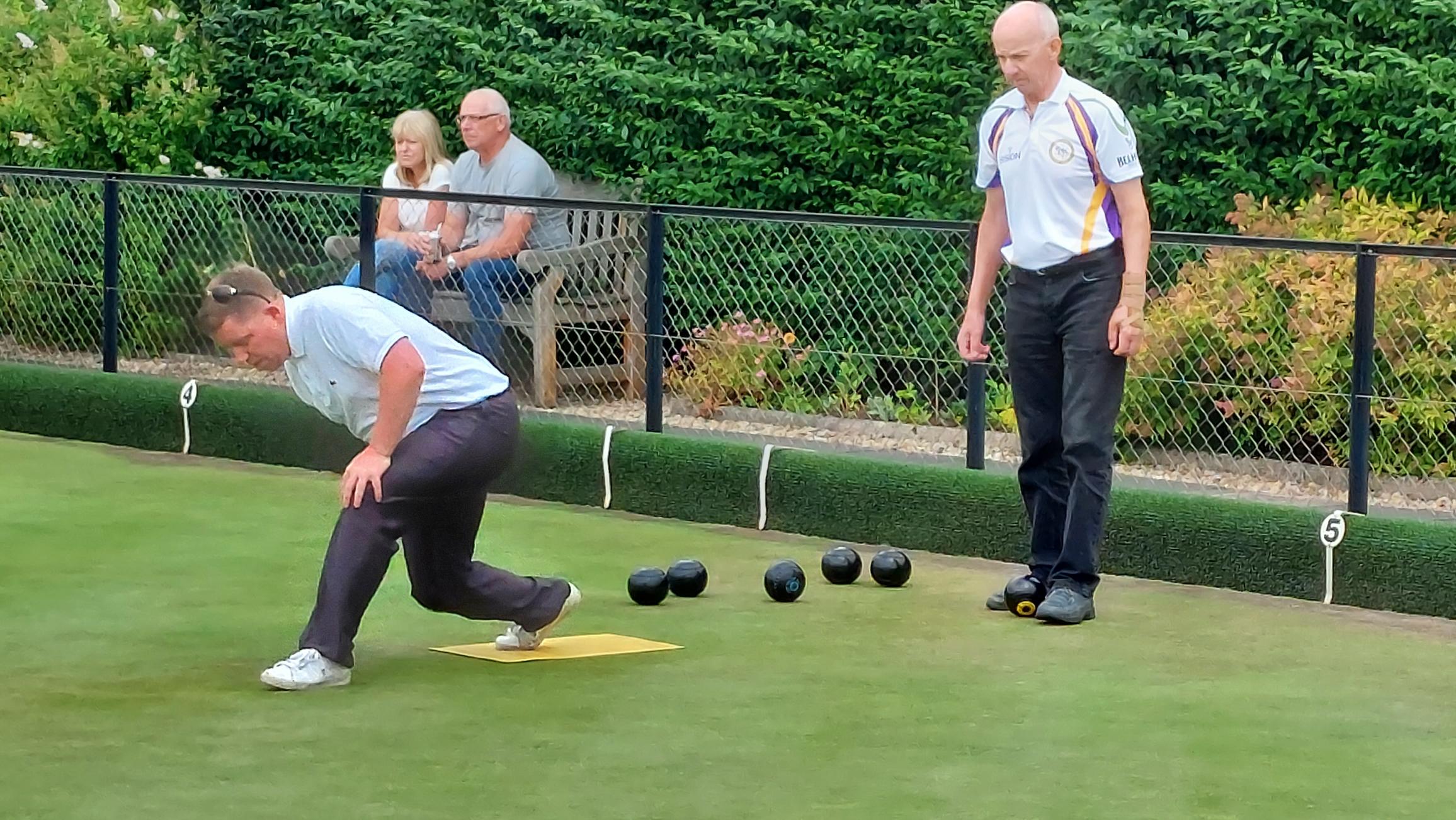 Robert Douglas won the Balerno Bowling Club men’s title for the first time since 2013 with a comfortable victory over another former winner, Stevie Watson, despite having a broken left wrist.

The 60-year-old, Balerno-based window cleaner, tripped over a kerb last Monday and was on pain killers during the lead up to Sunday’s final.

Robert had his left arm, luckily not his bowling arm, in a support for the match but it did not seem to upset his rhythm. He opened confidently, winning a two at the first and following up with a single at the second. He lost the third to a two but bounced back to win the fourth by two shots.

Stevie, a 43-year-old accountant, playing in his third final, won the next with a single but Robert moved to 7-3 at the sixth. It was 7-4 after the next as Stevie, who beat defending champion Grant Wilson in his semi-final, claimed a single but Robert snapped back with a two at the eighth.

A single from Stevie at the ninth cut Robert’s lead to four shots at 9-5 but then the roof fell in for the 2017 champion. He lost the next four ends to Robert’s match-winning run of 3, 4, 2, 2 for 20-5 at the 13th. Stevie collected a single at the 14th end but Robert claimed the shot he needed to lift the silverware at the 15th end with a final score of 21-6. 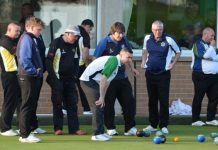