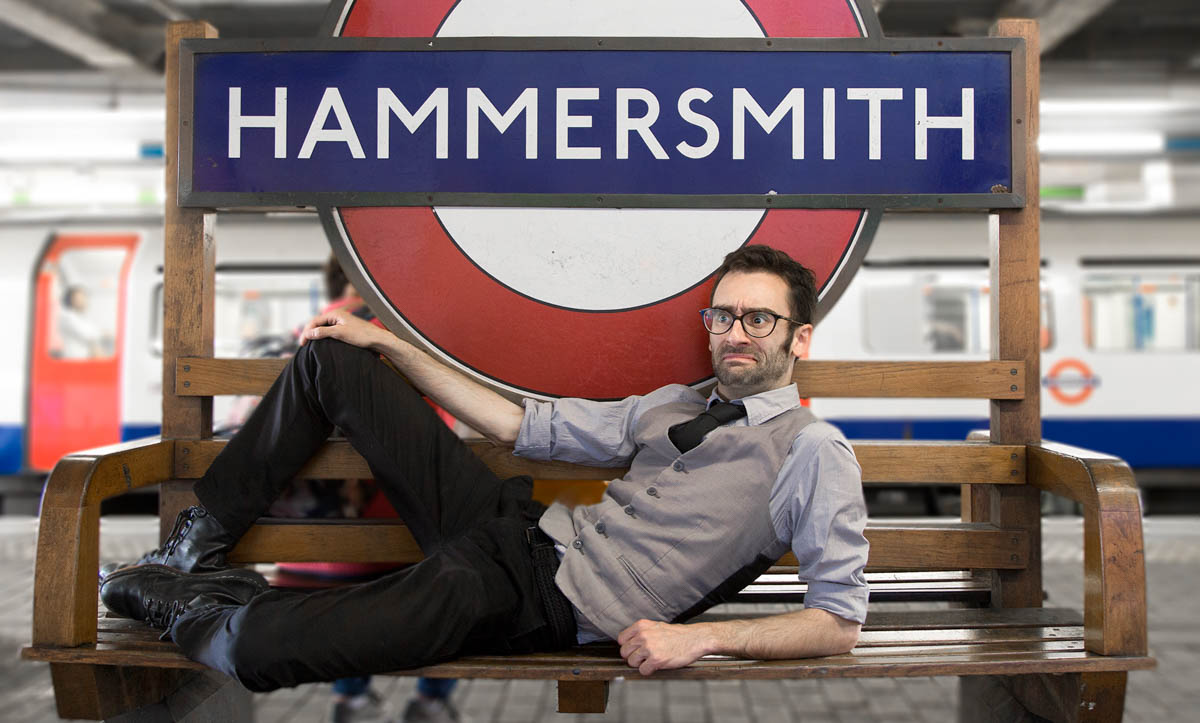 It includes everything from stand up, folk song and improvised rap to queer spoken word and hula hoops – all delightfully compered by DJ Mark McKenzie.

Each of the two nights, on 6 and 7 August, will also feature 10-minute Page2Stage spots with rehearsed readings of fresh work by emerging Edinburgh playwrights Izzy Gray and Charlotte Laidig.

Michelle McKay, Army@TheFringe Associate Producer, said: “It’s been an incredibly tough year for the performing arts and we really wanted to do something to showcase some of the enormous amount of talent we have here in Edinburgh.

“So Live @ The Drill Hall will put a big emphasis on artists living and working in the area – helping get them back to the stage and giving audiences some bright, light nights of entertainment and fun.”

Harry Harris is a prolific songwriter who has established himself as one of the most exciting talents in his field. His last album I Feel Drunk All The Time was praised as “A work full of grace and a common sense of humanity” by Clash Magazine.

Hoopology by Delighters (Jusztina Hermann aka Tinka Sparks) combines high level circus skills with other artforms with her Edinburgh based company Delighters.

Jay McAllister is sought after for her satirical wit and is a regular face on BBC Scotland TV. Her on point BBC Breaking The News description of Theresa May’s catastrophic handling of the Brexit deal that saw her hit the front page of The New York Times. In 2019 Jay was crowned the Scottish Comedy Awards Best Compere.

Lou McLean is a unique voice from the Scottish underground scene. Blending acoustic guitar with sweet vocals, she and her sharply witty, catchy pop songs have often been featured on BBC Scotland.

MC Hammersmith (aka Will Naameh the tall skinny posh one from The Spontaneous Players and Men With Coconuts) is a freestyle rap improvisational comedian who performs improvised hip hop comedy inspired entirely by audience suggestions.

The Page2Stage spots will have their own pace – designed to provide an Edinburgh Fringe platform for Edinburgh writers at the start of their careers.

They will also act as a foretaste for the relaunch of regular Page2Stage sessions, which will take place at Assembly Roxy from September.

Michelle said: “It’s brilliant that we are able to provide an opportunity for emerging Edinburgh writers to get seen during this year’s Fringe.

“I started Page2Stage in 2018 after moving back to Scotland the previous year. I had been looking to connect with other creatives in Edinburgh to create work but found it quite lonely and was surprised that there were few opportunities.

“This was a solution, but we had to stop during the pandemic. So it’s really exciting to be able to get it going again.”

Live @ The Drill Hall will be open to in-person audiences but will also be live streamed.

Lt Col Gordon Mackenzie said: “Our previous programmes have had theatre, dance, and even opera, so it’s exciting to be stepping into the field of variety and showcasing some new talent. These shows will be a rollicking good night with entertainment for everyone, and that’s exactly the tonic what we all need at the moment.”

Army@TheFringe looks forward to welcoming audiences back inside the historic Hepburn House drill hall in Edinburgh’s New Town. The venue, in East Claremont Street, is being adapted to create a COVID-safe environment. · Tickets are available from Edfringe.com or www.armyatthefringe.org.