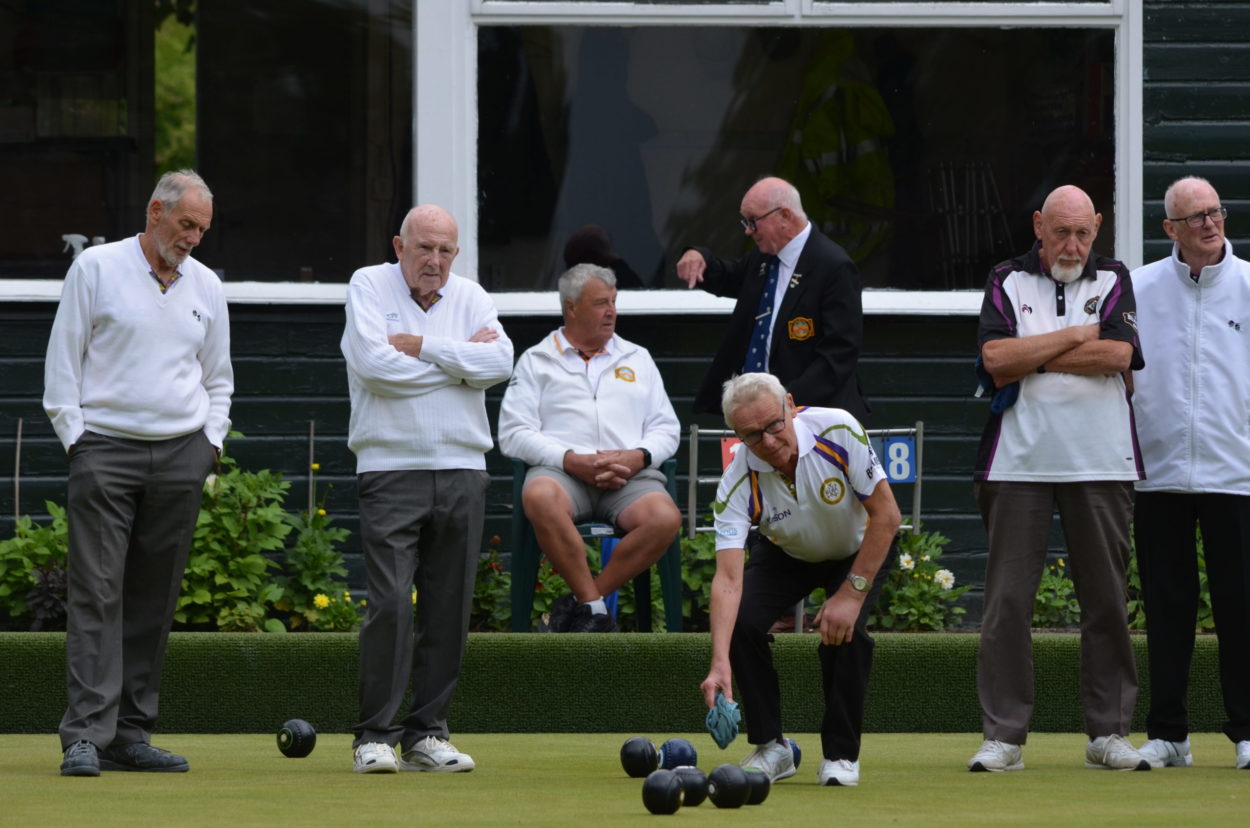 Fergie McBeath (second from the left) has been a beaten finalist in the Water of Leith Seniors knockout rink on two previous occasions but he celebrated after taking the title against the much-fancied Bainfield squad at Colinton.

The skip plus lead David Anderson, second Tom Vallery and third Hugh Watt won 15-9 after a strong finish in the resumed game which was called off after seven ends following hail and thundery rain the previous week.

The match resumed with Fergie trailing 5-4 but they started well levelling and then moving 10-6 ahead after 11 ends.

Bainfield bounced back with a two and then a won to trail 10-9 after 13 ends but Fergie’s boys kept their cool.

A two at the 14th and then a three at the final end meant they took the silverware and the skip said: “We started well but they came back at us but we weathered that and the final two ends saw us home for what was a welcome win.

“I’ve twice before been in the final and ended runner-up so this is one to savour.”

Currie won the triples and Carrick Knowe the pairs in the other finals resumed at Colinton.