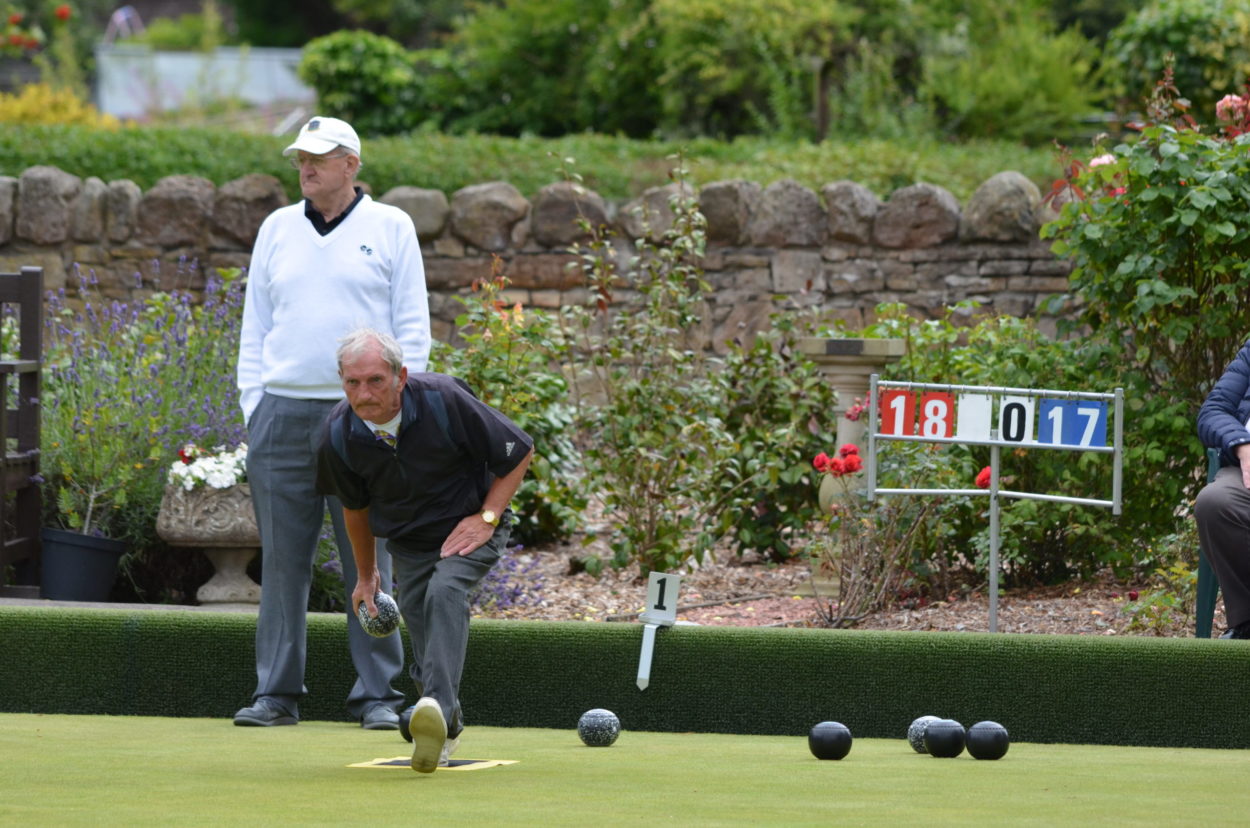 The 70-year-old edged experienced Bill Herd 21-17 in the resumed match at Colinton after an edgy start.

The one trial end featured a long jack but Bill had the mat in the resumed game and immediately switched to a short jack as his home rink is quick and the rain-soaked Colinton green was slower.

The held-over score was 14-10 in favour of Maxie but Bill won a three to put real pressure on the Balerno man.

The pair were then level at 15-15 before Bill edged 17-15 ahead but Maxie halved the deficit with a single against the Slateford man at the next end.

Maxie (pictured delivering a bowl) held his nerve against his 81-year-old opponent. He took the title with scores of two and the next two ends and a single at the last, despite putting the jack to inches from the gutter at the game-winning end.

Maxie admitted that he had never played a resumed game in over 30 years of bowling and the champion added that the speed of the Colinton green was slightly different to the week before.

Bill, he said, had played really well and the three then two had put him under pressure but he added that gaining the mat and lengthening the jack had proved a key factor.