It came as no real surprise when Robbie Neilson announced at Thursday’s media conference that Craig Gordon would be taking over the captain’s armband from Steven Naismith.

The Hearts stopper was influential in Hearts’ return to the top-flight of Scottish football and has now returned from Scotland’s Euro 2020 camp in time for the first competitive game of the new season.

The club means a lot to Gordon, a boyhood Hearts fan, developing through the academy, before making his debut for the first team in 2002. Gordon made over 200 appearances for the Jambos and is undoubtedly a Hearts legend.

Hearts boss Robbie Neilson explained Gordon was the “only choice” for the role, due to his experience, quality and popularity in the dressing room.

Gordon, who played with Neilson at Hearts many years ago, admits “it’s a big honour” to be given the captain’s arm band at Hearts for the second time in his career.

He said: “Absolutely it’s a big honour, the fact it’s here, at Hearts as well, where it all started and where I was captain before, so it’s great to do a full circle and come back here. I’m a lot older now. I’m not so sure about wiser, but certainly a lot older and I’m looking forward to hopefully passing a few things on to the youngsters so that we’re improving as individuals, but also as a club.”

Gordon was previously Hearts’ captain during a frantic period at the club in 2006, before departing for £9 million to join Sunderland the following summer.

He continued: “I enjoyed it last time, it was difficult, but when you get asked to do something like that, you don’t turn it down, it’s an incredible honour for, especially when everyone knows what this club means to me. Supporting the club as a boy, even just playing for them once never mind the number of times that I have and the captaincy as well, not many people get the chance to do that, so I’m incredibly honoured to do that this season.”

Hearts came so close to lifting the Scottish Cup during the 2018/19 and 19/20 season, losing to quadruple treble winners Celtic on both occasions, Gordon is relishing the opportunity to lift a trophy as Hearts’ captain.

Gordon said: “It’s what everybody dreams of when you get to a professional level, most guys just want to win something once. I’ve been very lucky in my career to lift trophies, but not as a captain, so doing that with Hearts would undoubtedly be one of the highlights of my career.”

The goalkeeper has had a busy schedule having just returned from being with the Scotland squad at the Euros and despite not getting any game-time, Gordon said he enjoyed the experience.

He said: “I enjoyed being there. It was a good camp, the boys really tried hard for each other but ultimately we just came up a little bit short, but we can continue improving, we’ve got a good base just now, it was a great level to be playing and training at, so it was enjoyable from that point of view.”

Scotland are back in action in September in the World Cup Qualifiers and Gordon is once again, hoping to be a part of Steve Clarke’s squad. He said: “I need to play well here and make sure my levels are good at Hearts and then I give myself that opportunity, but I’ll be available then and who knows after that, if I’ll still feel good. I’ll just take it a year at a time, but I certainly have no plans to retire from international football anytime soon.”

Scotland qualified for Euro 2020, their first major tournament since 1998, and Gordon admitted that despite the poor outcome, the overall experience was special.

He said: “I just wish there had been more fans in. Walking out at Hampden on the first game, the ovation from the fans, you realise this is special and hopefully we can create that again.”

Gordon suggested he still intends to play for a “few” more years but the player is only contracted at Tynecastle for one more season. The quality and experience Gordon brings will undoubtedly help develop young players like Harry Stone, who will spend this season on loan at Partick Thistle.

Gordon will wear the armband for the first time today as Hearts take on Peterhead at Balmoor Stadium. Gordon said he expects some of the youngsters to be given opportunities in the Premier Sports Cup matches, having impressed in pre-season.

He said: “Some of the young boys have come in and done well in pre-season. They’ve impressed in the games too, so I think they’re going to be pushing for starts very early on in this campaign. The squad is looking good, but I think the manager will want to add one or two more players, but we’ve got a tight unit just now and we’re just looking forward to getting started.” 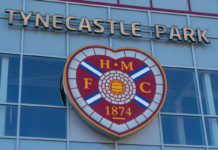 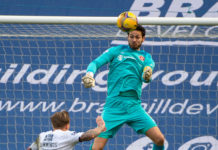