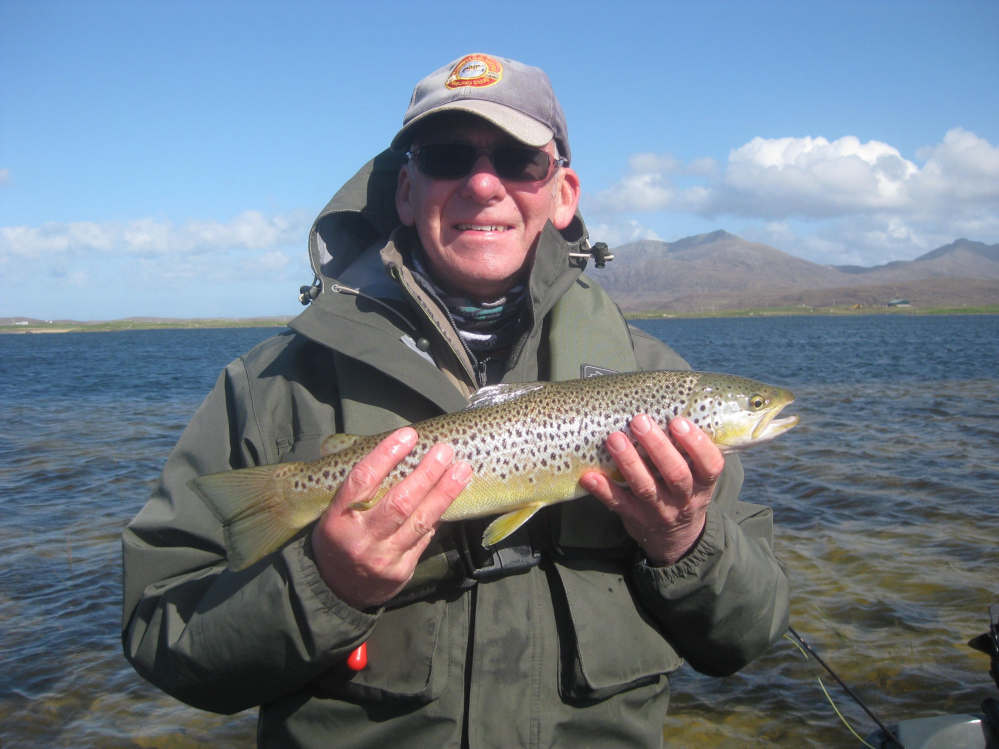 Angling Scotland have encouraged fishermen to follow the latest guidelines as outlined by the First Minister in Parliament, particularly in relation to travel.

David Ogg, chairman (pictured), said that the organisation was doing all it could to help stop the spread of the virus and encouraged anglers to read the guidelines covering the five-tier system as detailed on the Angling Scotland website.

He added; “Anglers need to do what they can to stop the spread of the virus and we as an organisation are working hard to support the Government.”

A number of trout fisheries in the Lothians plan to stay open following the midweek statement by the First Minister.

Allandale Tarn near West Calder, Drumtassie, which is close to Blackridge and Bowden Springs just outside Linlithgow along with Rosslynlee near Penicuik have confirmed their doors remain open.

A number of coarse anglers from the Lothians travel to Magiscroft near Cumbernauld on a regular basis but that fishery closes at 4pm on Friday, November 20, for at least three weeks.

Pottishaw near Whitburn will be closed for business from Friday 6pm and owner Fraser Thomson said: “We all have to do our bit and, as I serve a lot of customers from outside West Lothian, it’s easier and less complicated to close.”

However, Iona Allan at Allandale said her water has generally been fishing really well, with many days producing superb sport.

The best tactics on the fly have been as variable as the weather, she said, however lures have proved more favourable lately.

Numerous Eggstacy-style patterns have often been too tempting to the trout, particularly peachy tones, taking some anglers up into the 30’s in fish landed in a day session.

A single yellow diawl bach was all that was needed for Livingstone-based, Allandale regular, Gloria McIvor, who ended up with a dozen.

A neighbouring struggling angler tied on a similar nymph and he quickly bagged up and released several more.

The most consistent method, regardless of conditions, has invariably been a floating line fishing the top foot or less of The Tarn’s crystal clear water as temperatures have been surprisingly high for this time of year.

Iona added: “We’ve also had an unusually high amount of our larger specimens being caught, particularly from around the far side weed beds, with some anglers reporting landing three and four big beasties in the same day.

“Resident brownies have also been getting hooked more regularly of late, a sure sign that they are feeding up for winter which is just around the corner.”

She said that the bait pool at Allandale has also been fishing consistently well, with most anglers bagging up.

Orange or yellow Powerbait under the float has been the most popular method of late, but Iona said: “You can never go far wrong with natures own juicy worms.”

Jim Gargaro of Bowden Springs said he would remain open but requested that anglers adhere to Government guidelines on travel.

He reports some fine fish being netted recently, including trout of over 9lbs, with Ally McCoist, yellow dancer and buzzer patterns producing good catch returns.

The best fish lately have been around the 15lb mark and bloodworm, buzzer, spider, egg, beetle, damsel and daddy patterns have fared well according to owner Nicola Perfect.