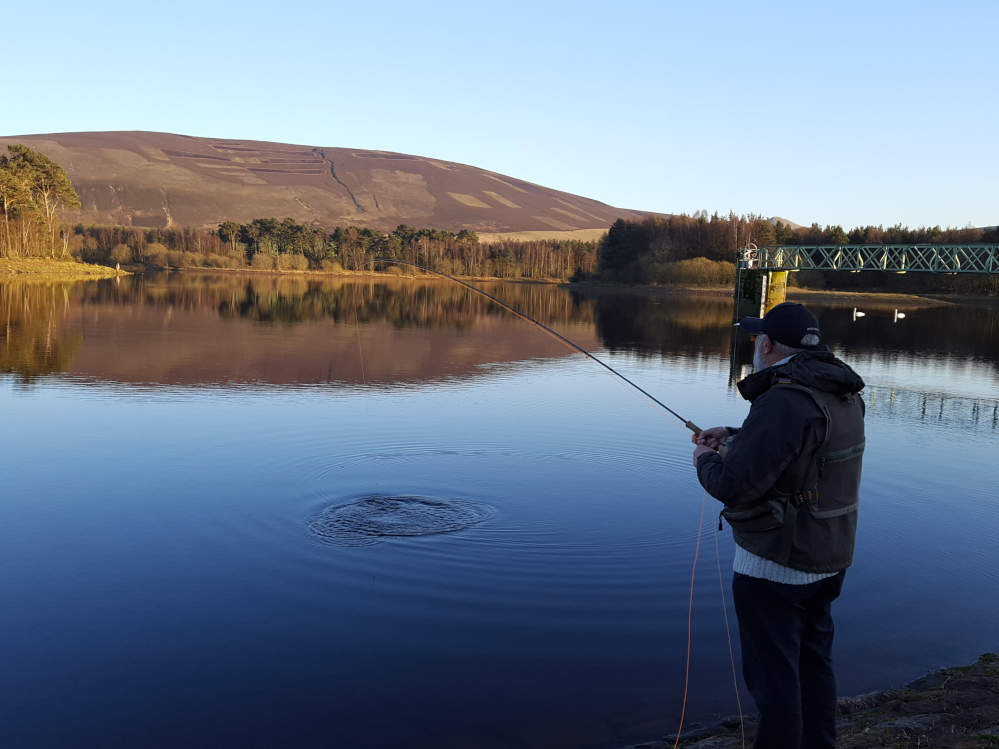 Bosses of busy Harlaw Reservoir in The Pentland Hills have stepped-up security patrols after a spate of poaching both during the early morning and after dark.

Now, the water is patrolled on a 24-hour basis, including at night and police have also increased their surveillance of the picturesque reservoir which lies above Balerno and is also a popular place for walkers and cyclists.

The move comes as officials of non-profit-making organisation, Malleny Angling Ltd, who administer Harlaw, bid to protect their stock of hard-fighting brown, rainbow and blue trout.

Robert Ross, company secretary, said that Harlaw is better stocked now than it has been for many years and he declared: “It is in everybody’s interests to be vigilant.”

Harlaw and Threipmuir reservoirs were recently stocked with thousands of trout which have been added to those who have successfully over-wintered at the reservoir built between 1843 and 1848.

The work was commissioned by the Edinburgh Water Company as part of an initiative to provide water to the city of Edinburgh and its surrounding areas.

Mr Ross said: “There are plenty of fish in the reservoir and we plan to continue to stock Harlaw twice a month during the season which ends in October.”

He reminded anglers that day permits are not available from duty bailiffs at Harlaw because of social distancing rules following the outbreak of COVID-19.

Permits must be bought online currently but will be available from external vendors in the Capital when they are allowed to open.

Mr Ross revealed: “We have had to step-up patrols by day and night because of a number of incidents of poaching since the easing of lock down.

“The water is fly fishing only but we have also had people fishing with bubble floats and spinning gear which is not allowed under the rules. This is clearly stated on the permit and in our social media.”

He appealed to anglers saying: “Please assist us by being vigilant in looking out for any person fishing illegally.

“Bailiffs are checking for permits and how people are fishing but members also have the right to politely ask fishermen to show their permit.”

Jim McComb, the chairman of Malleny Angling Ltd, said in a recent letter to members: “Remember, any person fishing without a valid permit is stealing the money of members and permit holders which restricting our ability to spend on stocking resulting in fewer fish and pushing up members’ permit costs.

“Poachers and those fishing illegally can also be charged by the police under the Salmon and Freshwater Fisheries Scotland Act 2003 and suffer the penalties thereafter.”

PICTURE: a permit-holding fisherman enjoying his sport at Harlaw off the dam wall