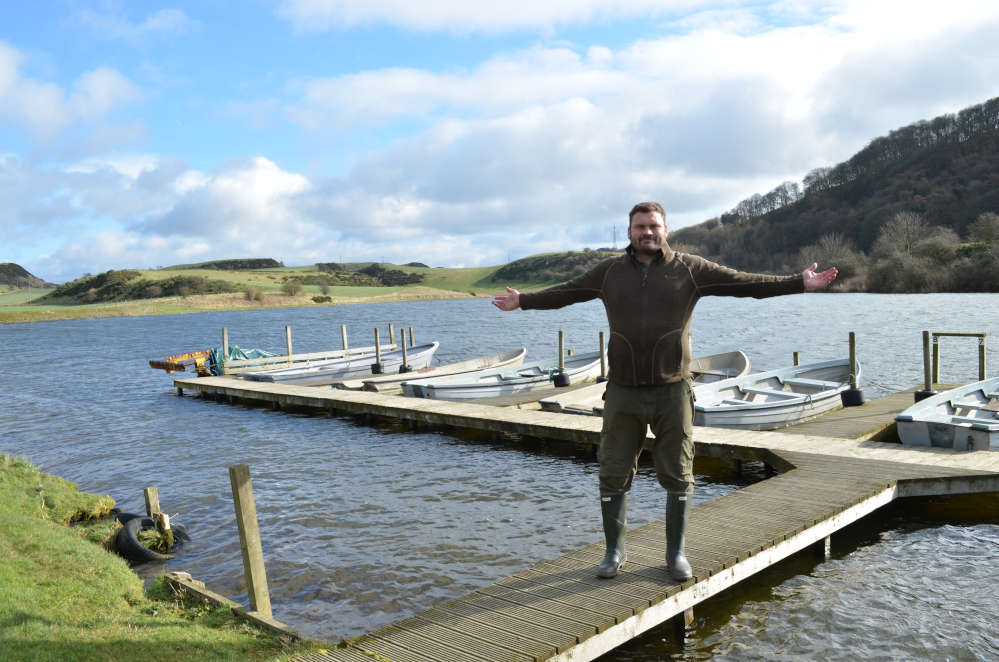 It is the end of one era and the starting of another at a Fife fishery popular with anglers from the Lothians.

Jock Callison has guided the Burntisland-based fishery for a decade and now his son John Callison (pictured) is in charge.

The former leisure centre lifeguard plans changes at the 35-acre fishery and he will also continue to run five-acre Newton Farm Fishery at Newport-on-Tay. He has been there for the past six years.

Among changes will be the stocking of some double-figure fish and
around eight bank casting platforms are soon to be placed at the home of the Kingdom Fly Fishing Championship.

It attracts anglers from all over Scotland to the three heats (May 2, 10 and 16) and the final which this year is on Saturday, June 6.

The first major event this year is a heat of the Scierra Pairs, one of Britain’s top fly fishing events, on Saturday, March 21.

The father-of-two from Glenrothes is determined to encourage youngsters to take up fishing.

Under-14 anglers will therefore fish free providing they are with a full paying adult and the father and son pair will be able to take home four fish between them.

And a season ticket (catch and release only) will be offered this year for the first time.

Fishing at Stenhouse has been hard over the winter, now, John is hoping for an improvement and suggested buzzers and bloodworm patterns fished deep as the best methods in early season.

The price for eight hours including use of a boat and taking home a maximum of four fish is £30 which he feels is really competitive. Free tea and coffee is always on tap and there is a snack bar.

He added: “We get anglers from all over. They come from the Borders, The Lothians, Aberdeen, Tayside and Central Scotland.

“We even get some from Northumberland and Yorkshire and I’m confident we can build this place.”

He added: “We’ll be stocking fish in the 15lbs upwards range as well as smaller trout and it is amazing just how excited anglers are at catching a big, double-figure fish.”

And the hours are changing at Stenhouse which will be open from 8am to dusk every day.