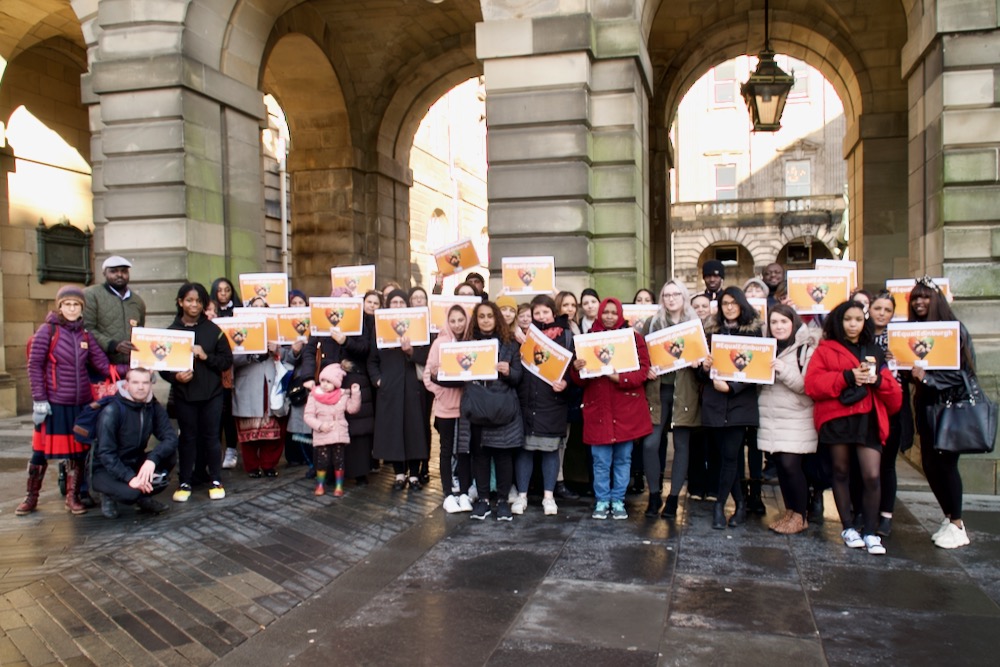 We followed proceedings at the council earlier when the Education, Children and Families Committee heard from a variety of deputations for three and a half hours.

The deputations were in the main those groups whose funding has been cut by The City of Edinburgh Council, and they wanted to have their say about how it would affect them. Some groups need core council funding in order to lever other sources of funding. Others rely completely on council funding. There was enormous diversity among the groups in attendance at the council, where the public gallery was jammed with people, babies and council officers.

The committee decided that they would accept a proposal by the coalition to defer final decisions on the way that the Communities and Families Third Parties Programme is implemented.

Many deputations said they would like to have feedback on their applications which had not been forthcoming, several said they thought the process was flawed and secretive, and others were in despair as some organisations would have to close.

The motion read as follows :

Committee agrees to continue the report and

1) To instruct the Executive Director of Communities and Families to provide the following information that has already been requested.

2) To arrange for and independent organisation to review and validate the grants recommended in the appendix to the report. The review should address the following;

a. if the criteria for allocating the grants outlined in the original report and restated in paragraph 4.3 were applied

b. the process of deciding which organisations were to be funded was carried out in an impartial manner

3) To agree to convene a short life working group to discuss the information requested above in paragraph 1 and the findings of the review and report back to the Committee in one cycle.

4) To agree to extend the existing funding arrangements pending the decision of the Education, Children and Families Committee in May 2020.

In the end the committee only agreed to consider appointing an independent reviewer. The reason for this is that the committee wants to ensure that any review would not incur a cost better spent on a voluntary organisation. This followed the advice from one of the deputations.

Cllr Ian Perry, Convener of the Education, Children and Families Committee,  said: “The Committee unanimously agreed this morning to consider appointing an independent organisation to review and validate the recommendations in the third party grants report. The review would look to address if the criteria for allocating the grants was applied and that the process of deciding which organisations were to be funded was carried out in an impartial manner.

“In addition further information has been requested detailing the breakdown in the percentage of the funding going into areas of high deprivation, mapping of the funding provision across the city, a breakdown in percentage of the vulnerable groups being funded and a list unsuccessful applicants and those who previously received a grant. Councillors also agreed to convene a short life working group to discuss this information and report back to the next Committee in May.

“Existing organisations who currently receive a grant will have these extended until a decision is made at the next Education, Children and Families Committee.”

We wrote this morning about a geographical discrepancy in the way that these monies were recommended for dispersal. That has caused an outcry and one group, Goodtrees Community Centre, with their eloquent young ambassadors handed over the petition which was only set up last week. This petition now has over 1300 signatures on it and aims to ‘send the council a clear message’ to the council that the people of south Edinburgh will not stand for being disproportionately funded by the council.

We spoke to a variety of those who presented deputations and you can listen to those interviews here.