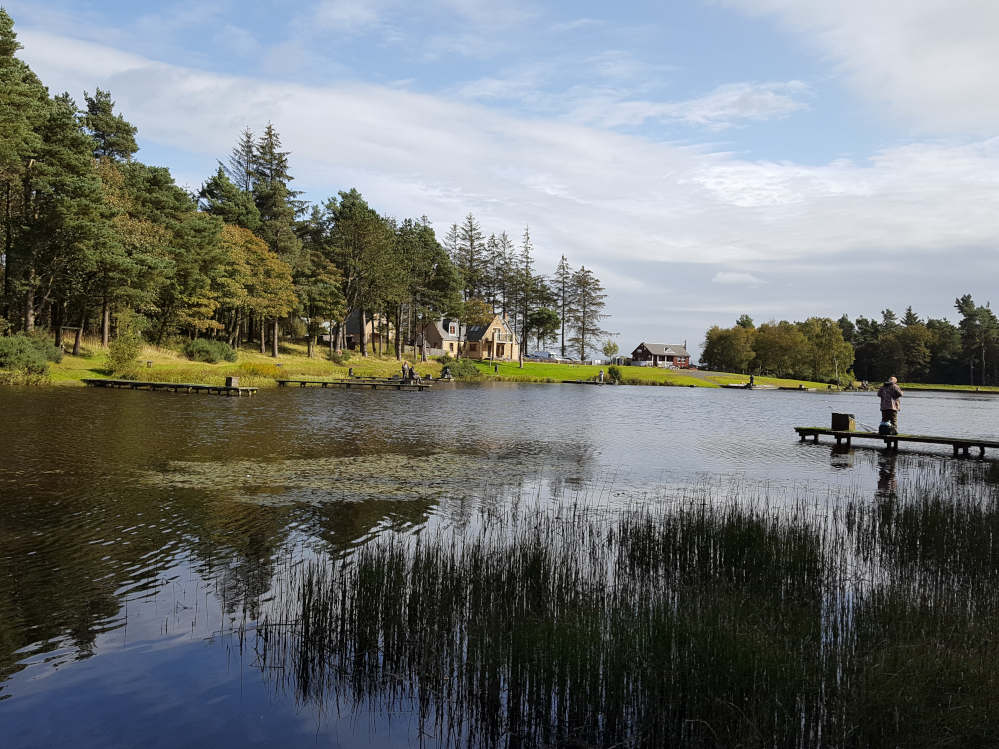 Alex Britton landed eight fish to take the win with Bobby Watson of Addiewell third with six fish and they were split by Steve Whitehead from Mayfield with seven fish.

Britton from Bellshill also won the fastest fish caught on the day. The 2lb 8oz rainbow was hooked six minutes into the seven-hour event at the popular West Lothian water.

And the total bag landed by the 56-year-old, who switched between intermediate and floating lines, also included an 8lb 5oz rainbow with bloodworm and an orange, yellow and white lure proving the most successful.

Anglers moved to different pegs at 45-minute intervals and Alex said the water was not easy to fish on the day, particularly in the shallows. The fish proved easier to find at depth in the area near the dam wall at the reservoir built to provide water for the then hospital.

The event raised a sizeable sum to help the ladies host the Home Internationals at Lake of Menteith next year.

The actual match is on May 28 but teams will train on the water for three days before.

Scotland last won the event in 2016 and the current team has been selected following two qualifiers held in July at Carron and this month at Lake of Menteith.

Liz McLellan, one of the organisers of the day at Bangour, said she was delighted with the turn-out and confirmed that a similar event will be held in the New Year.

The wind, she added, blew early on but the weather moderated in the afternoon with the prize-giving taking place in glorious sunshine.

A total of 26 anglers attended including the owners of two Scottish fisheries, Drumtassie in West Lothian and Newhouse near Motherwell.

And the field also included the top two women in the recent Scottish ladies championship, newly-crowned champion Jean Ferguson from Dalmellington in Ayrshire and Dione Roberts from Edinburgh.

Dione was pipped by 5cm for the one title she has yet to collect and another Scottish international, Sandra McTear from New Cumnock, also took part.