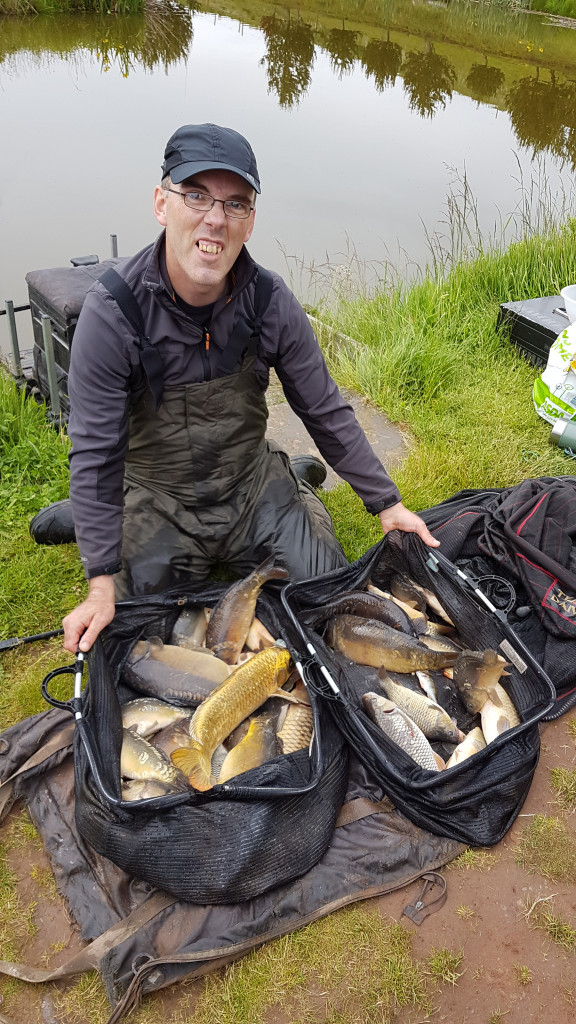 Darrin Ferguson landed an astonishing 62lbs 5oz of fish to win the latest round of the Saturday League hosted by Edinburgh and Lothians Coarse Angling Club.

The forecast for Orchill, Perthshire, indicated it would be a wet and blustery day and Geoff Lowe said that it turned out to be anything but.

There was hardly a ripple on the water and only the odd shower from noon onwards.

Within minutes of the all in, rods started bending and anglers thought they were on for a good day. Everything died quickly except for Darrin on Peg 19.

His haul was almost enough to cover the weight of all other anglers combined.

Meanwhile, Les McBride and his friends George Wood and Tony Voss were a close third in the inaugural Mull of Galloway Sea Angling Festival last year, but the Edinburgh angler and his team are determined to improve on that in the sold-out, 40-boat festival from June 21 to 23.

It is billed as Scotland’s ultimate species hunt and Les, who owns a busy cobblers shop in Gorgie Road, Edinburgh, plus George, who also comes from the Capital, and Tony from Fife, bagged 19 different species in a ten-hour marathon last time.

The second-placed team had 21 different species and the winner 24 but HellRaiser 3 is primed and ready for the competition, one of the premier small boat events of the season.

Les, who is also UK agent for the Norwegian sea fishing camp, Sandland Brygge, 300 miles north of the Arctic Circle, said: “The competition was cut to one day because of the weather last season and it was a tough, ten-hour day, but we did well and we are naturally looking to do better this time. It’s a well-run event attracting some quality anglers.”

There is, however, still time to enter the Mull of Galloway Kayak Event on June 29 and 30 with full details on Facebook along with an entry form.

And the Bass Rock SAL members hold the next round of their Summer League on Wednesday. June 19 after the postponement of Round 4 due last Wednesday following a poor weather forecast. The venue has yet to be confirmed but registration will be at 6.30pm.

The 12-strong squad totalled 19 fish on a day in which the home side England triumphed with 56 fish.

Ireland were second with 28 fish with Scotland one fish in front of fourth-placed Wales.

Liz McLellan from Armadale, one of the Scotland team, said: “Well done to England, they had the method on the day.”

Scotland had prepared well, going down early to practice, but the weather on the training days included high winds and heavy rain.

On the event day there were blue skies and little wind and Jane Wright, Scotland’s former team manager, topped the Scotland list with six fish and Liz said: “We can’t makes excuses, we just did not get it right on the day.”

The women are now launching their fund-raisers for next season and the first one is at Beecraigs Loch in the Bathgate Hills on Sunday, 23 June.

There are nine boats available and the cost is £30 per angler and the entry fee includes lunch.

There are prizes for first, second and third and there is a raffle.

Glencorse Reservoir near Flotterstone is preparing for the sold-out heat of the Scierra Pairs on Sunday, June 16 from 10am.

Jim Gargaro at Bowden Springs near Linlithgow reports that mild winds and overcast skies have produced sporadic hatches of daytime olives and damsels keeping the fish in the upper layers of the water.

Evenings have seen buzzer hatches on milder nights and there were some notable catches including John Lancastle (Edinburgh) with three fish and a best of 3lb 8 oz.

Another Edinburgh angler, Gary Paton, had a best rainbow of 5lbs and Billy Ellis from Armadale caught three quality trout for 9lbs, the killer fly being an orange blob.

A number of anglers report of being broken while using 6bs leader material despite being urged to use minimum of at least 8lbs.

The bait loch has also been producing with Tom Inglis of Falkirk claiming a nice bag of for 6lb 7oz.

On The Almond, Bruce Hope, chairman of West Lothian Angling Association, said their nine-mile stretch has been low but clear and producing good sport with trout up to 1.5lbs being caught using light gear. Olive patterns have been best on size 14 to 18 hooks.

Permits are being snapped up but are still available priced at £15 for the season and Bruce said: “It’s an all-species permit for the whole summer and you can’t beat it.”

Permit outlets include Glasgow Angling Centre at Granton, Tangles at Broxburn and Orvis in Edinburgh or the club website on http://www.wlaa.org.uk/ 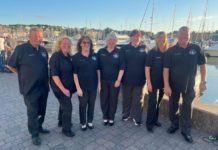