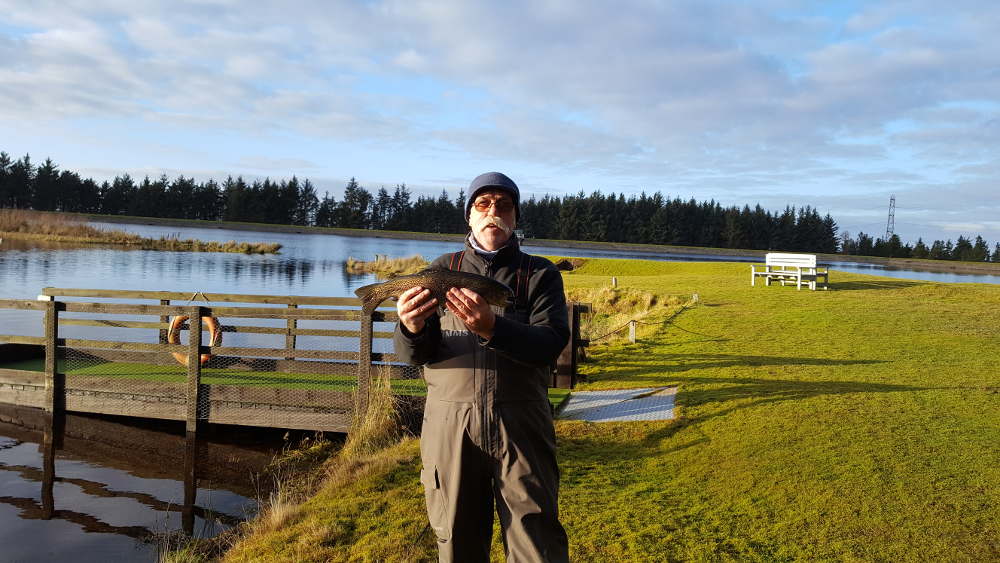 High winds made life difficult for anglers recently, including Rosslynlee Trout Fishery near Rosewell, but mid-week saw an improvement in conditions and a number of good specimens were hooked.

The wind has also hit Morton Fishings near Livingston but it did nor prevent Ron ‘Buzzer’ Ralston from Glasgow landing nine fish and dropping several more fishing a yellow owl.

His efforts along the reservoir’s wood side proved a prelude to bonanza time in mid-week with Eric Morgan landing a fine 4.4lbs rainbow, the best in a bag of three weighing 9.4lbs. A FAB and two on pheasant tails did the damage.

Tam Duncan popped in for three hours and landed three fish, all around the 3lbs mark with the CDC proving the right choice with Mick Piper and three other anglers all netting quality fish.

Meanwhile, Glencorse Reservoir closes for the season this weekend but the winter league at Tweeddale Millennium near Gifford starts on Saturday, 27 October.

This popular competition is open to all and runs every second Saturday. There are cash prizes and telephone 01620 810009 to enter.

It’s early to talk about the Festive Period, but a pattern called a Christmas Tree attracted a rainbow of 12lbs at Markle Fisheries. The successful angler did not leave his name.

The sizeable fish was followed by an 8lbs effort from John Daily from Edinburgh and those anglers went home happy from the popular East Lothian fishery.

Trout fishing has now closed on The Tweed, Water of Leith and The Almond but club officials urge anglers to get their catch returns in as soon as possible and remind members that the returns are a condition of their lease.

Elsewhere, anglers in the Edinburgh and Lothians Coarse Angling Club are preparing for their winter league.

Offshore now and Trevor Springford, skipper of Andara II based at Dunbar, said that the wind is keeping his boat in harbour.

He added: “When the wind does drop the fishing is slow because the unsettled weather has made the water dirty.

“That said, I’ve been catching ling and codling. I had one cod of 8lb so they’re still about. It’s Just a matter of needing some settled weather.”