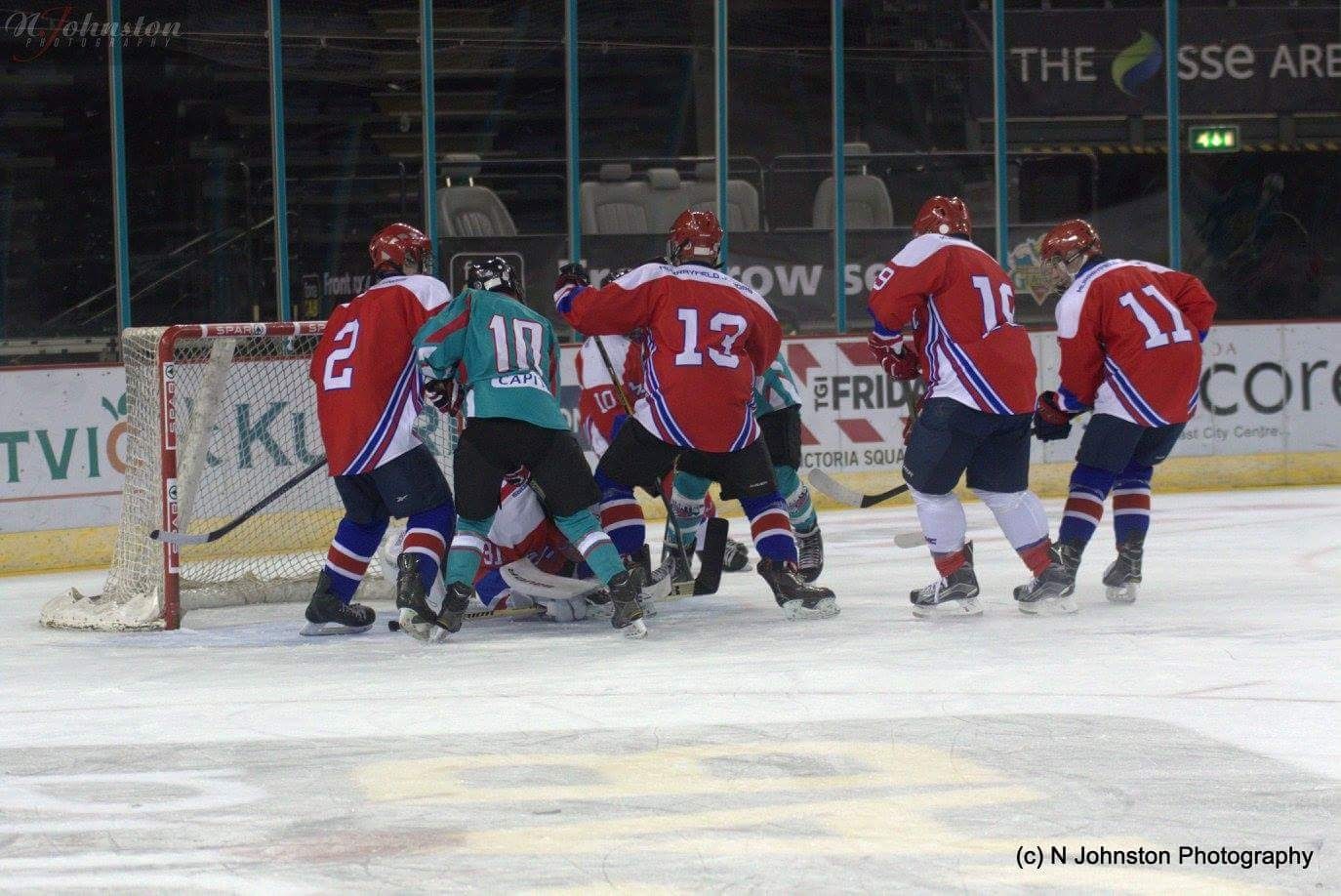 Murrayfield under-20’s secured their first win of the season with a 6-2 victory over Dundee under-20 in Edinburgh.

The home side started the game game well but after six minutes Dundee exploited a lapse in the Murrayfield defence to score against the run of play,

The home side struggled to find their rhythm but levelled near the end of the first session when Archie Holmes fed Ross Borwick who pushed the puck to Peter Haddock whose shot from the blue line ended in the back of the net.

Murrayfield camped in the Dundee zone early in the second period but not able to put the puck in the back of the net.

And Dundee broke forward to score on the breakaway but Murrayfield instantly replied.

Ethan Reid drove forward from his own end passing to Borwick who shot and the Dundee netminder did well to parry the puck but Mark McCartney rammed the puck home for 2-2,

Tom Ireland then broke forward and hit a superb pass through the Dundee defence for Malcolm Fore to dive and slot the puck behind the helpless Dundee goalie.

It remained 3-2 at the end of the period but Ross Borwick danced around two Dundee to fined himself one-on-one against the opposition netminder before slotting home for 4-2.

Reid then collected a pass from McCartney and fired home and he scored again into the empty net afrer Dundee had withdrawn their goaltender.

A spokesman said: “This was a massive improvement on the opening game and Murrayfield look like they are developing into a team who can score goals and defend well. They will be tough opponents for any team.”