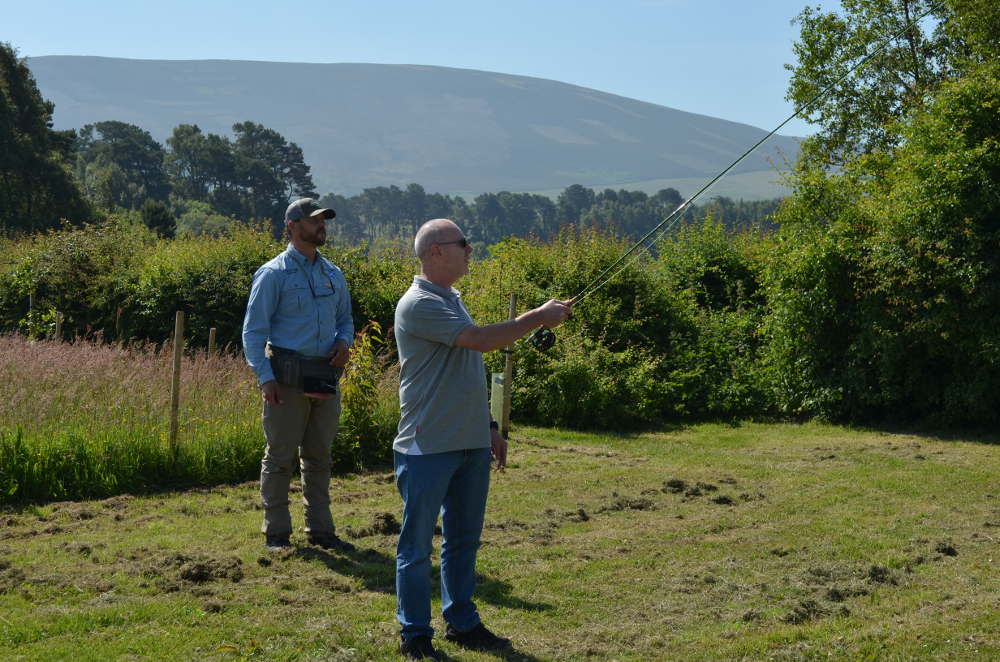 The Hooked on Harlaw initiative proved to be a great success with a number of possible new converts to the sport.

It came at a superb time for stay-at-home holidaymakers as children under-16 can fish free with an adult.

A day ticket at Harlaw and Thriepmuir above Balerno costs £25 and the waters are stocked regularly.

Alan Holbrook, secretary of Malleny Angling Association, who organised the event, said that the day ticket allows fishing from 8am until dark.

Alan said: “Harlaw is very productive once you get to know the reservoir.

“People are always on hand to give you advice when you sign in at the bothy which is behind Harlaw House.

“The bailiff will tell you which flies to pick and those are flies which are taking fish.

“And, on your way round the lake, anglers will always advise you and tell you where to fish. They may even give you a fly. It’s a nice place to be.”

He confirmed that the reservoir is stocked twice a month from April until October with really strong fish.

And Mr Holbrook added: “The fish are reared on a site which has a river running through the stock pond.

“Harlaw, being a big reservoir, means they have a lot of room to move around and put on weight and muscle.”

Mr Holbrook stressed that the weather can change at Harlaw which is above Balerno.

He added: “You can be here in the sunshine and then it will be cold and windy and you always have to be prepared.

“However, our day ticket is a one price system of £25. Your permit allows you to take four fish and then fish catch and release after that.

“You can fish from 8am until dark,. Some guys come up, fish the morning, go home for lunch and fish the evening rise.

“Another thing about your permit is that you can bring somebody under 16 years of age with you and that child can fish free of charge. The child can take two fish with them.

“Your permit then becomes a six-fish permit instead of a four-fish permit.”