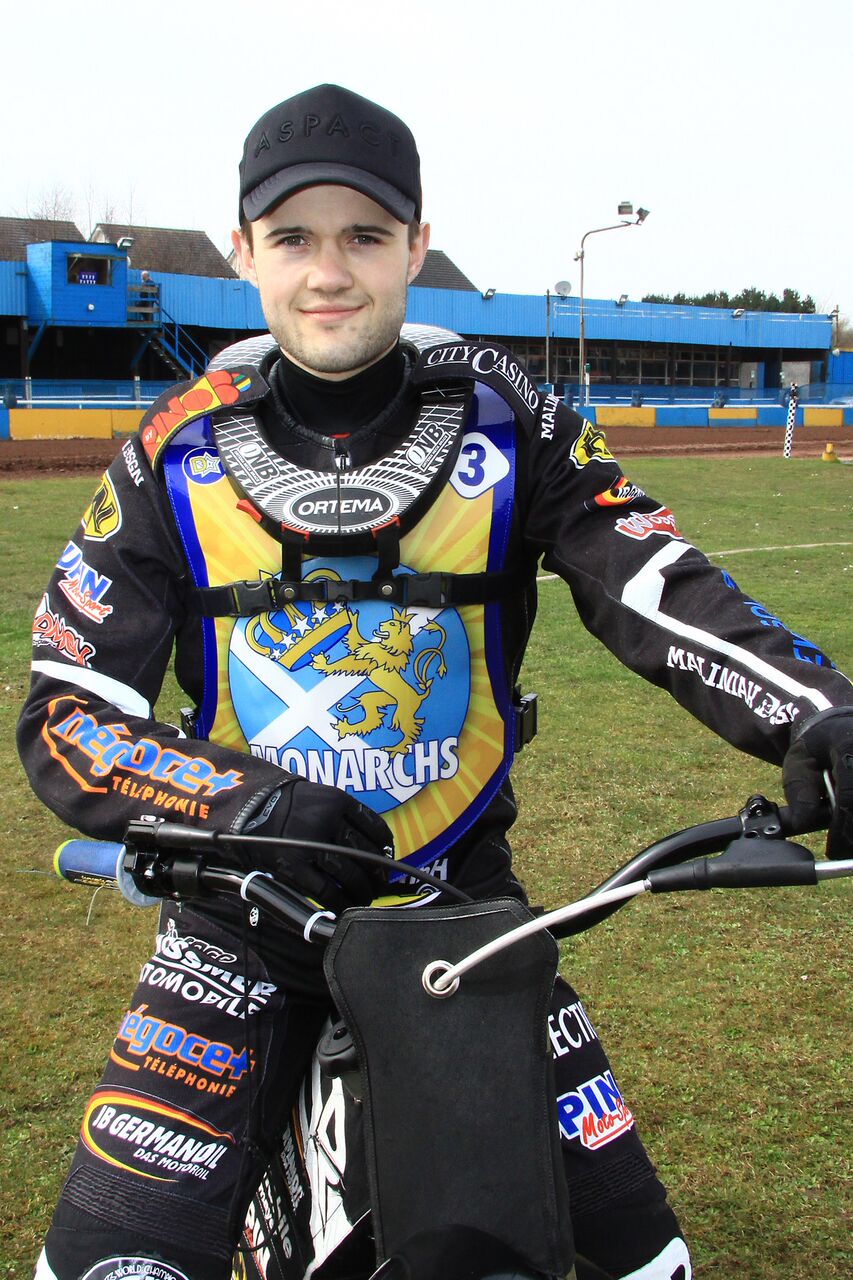 The Staggs Bar Monarchs are hanging on by their fingernails to the hope of gaining a qualifying place for the Championship Shield semi-finals.

And Mike Hunter writes that it is clearly essential that Monarchs win on Friday when they entertain Berwick Bandits (tapes-up 7.30pm).

With new boys in the team still settling in to their new environment, and a home match already lost, Monarchs have the additional difficulty of being without in-form captain Erik Riss.

The German racer is on his way to his semi-final in the European Championship which is at Gorican, Croatia on Saturday.

The other team change sees Max Ruml and Joel Andersson swap positions to give Joel great protection while he learns the ropes.

Ruml discovered at Glasgow on Sunday that he had a bent frame which probably explains his lowest score so far, while Josh Pickering may have taken delivery by Friday of his new engine.

Alex Harkess, Monarchs’ team manager, said: “We’ve switched the second strings partly because Max seems to improve as the night goes on, and at No 2 he finishes his night early.

“Berwick’s visit is an ideal fixture for us, because we have got to start proving ourselves.

“Winning is a habit, but so is losing. We’ve got to get into that winning habit, and make sure that every time we turn up at Armadale we have the winning habit in our head. We have to do that and we have to start on Friday.”