Rory Schlein powered to a maximum as Ipswich Witches mugged Berwick Bandits 60-30 in the first-leg of the Knockout Cup quarter-final in England.

The Aussie racer, who tracks in the Harrisons Scottish Open at Armadale on Friday night (tapes-up 7.15pm), won all his five races.

Danny King, who set a new track record in the first heat, was next best with 13 points and was unbeaten by an opponent all night while former Glasgow Tigers racer James Sarjeant chipped in with six points.

Bandits top men were Claus Vissing and skipper Kevin Doolan with seven points each but the Borders club have a mountain to climb in Saturday’s second-leg at Berwick if they want to stay in the competition, 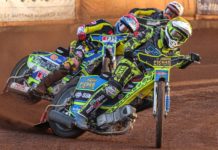 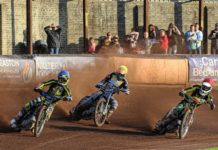