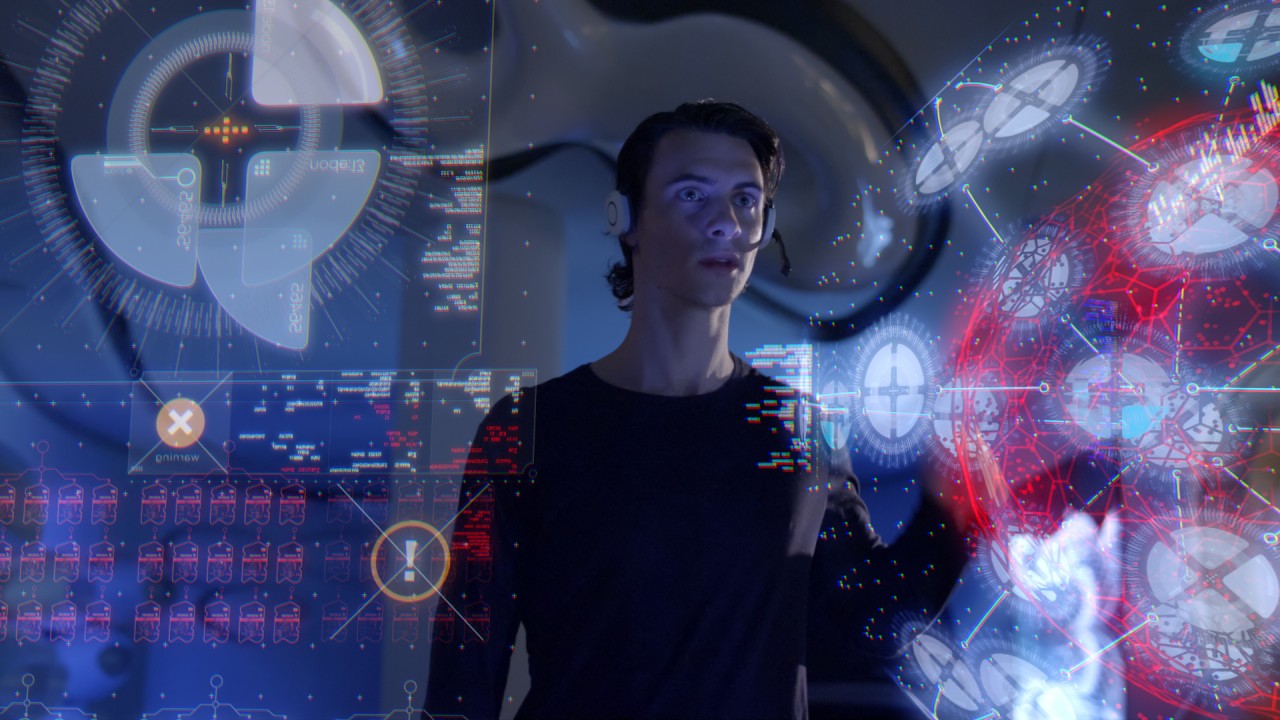 In 2024, a copper walks the streets of London fighting crime following the legalisation of all types of recreational drugs. But, when he is removed from a case in which he tries to identify an unclaimed corpse, he begins a quick and unstable descent into a conspiracy that rules the city.

To be referred to as a poor man’s Jason Statham would be one hell of a disappointing comment for an actor to hear. Unfortunately, Elliot Cowan leads Narcopolis with a Statham style performance and little dramatic effect. His breathy, painfully emphasised dialogue is poorly written, which doesn’t really help either. For writer/director Justin Trefgarne, this is a broad vision in terms of plot, but he’s done very little with it. What could have been a simple, smart vision of drug filled dystopia winds up being a modern day, overlong episode of The Bill with eye-piercing body incinerator guns. Oh, and apparently in 2044 we’re still using the headsets you could buy for your PC for £12.99 in Gamestation in 2002. You read that right.

Taking a quick look at Narcopolis’ iMDB page, we can see that it has been sitting in stasis for close to a year. Why? Because there’s next to no passion in its creation. A guddled crime sci fi, it races through its plot with such a lack of clarity its impossible to engage with. Mix in some rather crass dialogue and far fetched scenarios and you are given an embarrassingly awkward mix of Blade Runner and Drive; without any sort of emphatic pay off.

On paper, Narcopolis sounds like it could have the enjoyment factor cranked up to 100 whilst all of the artsy important stuff came a very distant second. In reality, it’s totally different. A cheap, boring sci-fi; Narcopolis will leave you with the worst emotive reaction of all: indifference.

Narcopolis played as part of the Edinburgh International Film Festival 2015