You might be forgiven for thinking that if you go to an event at the Edinburgh International Film Festival, there will probably be a passing nod to cinema at some stage in proceedings.

Ahead of last night’s ‘Evening With Chemikal Underground’ we were curious as to what that might entail.  For those not in the know, Chemikal Underground is one of Scotland’s largest independent music labels, and they launched Mogwai, Interpol and The Phantom Band, amongst others.

This EIFF event, part of the festival’s Sound Tracks programme, promised live performances from Human Don’t Be Angry, R.M.Hubbert and The Unwinding Hours – but what would the filmic connection be?  Would they project music videos on the screen above the stage?  Reveal their involvement in a new film soundtrack?  Would the artists talk about their favourite movies?

As it turns out, none of the above.  The three artists performed in Edinburgh University’s Teviot Debating Hall which is one of the EIFF venues this year, and we were flyered for Friday’s Music Pictures event on the way out, but other than that it was a fairly traditional gig set up.

Don’t get us wrong, it was a good gig.  Human Don’t Be Angry is Malcolm Middleton’s newest project, and as ever if you are in need of a dour chap fae Falkirk singing beautiful, melancholy songs and accompanying himself on the guitar, this is your man.  Although the act is designed to be a more instrumentally inclined break from the stuff he does under his own name, this particular performance didn’t feel like a particularly devastating departure.  Lyrics may have been sparse, but they were still unmistakably Middleton, and if you’ve enjoyed his previous work you’re on pretty safe ground with HDBA.

R.M.Hubbert is another man with a guitar, who informs us that he’s written an album about depression because music is a far cheaper outlet than therapy.  Teenagers take note.  His self deprecating banter doesn’t fool the audience, who react very positively to his sparse classical guitar playing style.  This is a man whose reputation precedes him  (he recently returned from supporting Mogwai on their European tour) and if you want to find out more you can hear his album on his website and have him round your house as part of his ‘will play for food’ scheme.

Headliners The Unwinding Hours are a bit like Aereogramme, which is probably related to the fact they were formed by Craig B and Iain Cook from Aereogramme.  And at last we’ve found a film connection, because their name is a reference to The Shining!  A summary googling of their reviews will tell you TUH have a more mature sound than their previous incarnation, but the tendency towards quiet-loud dynamics and soaring vocals remains intact, and the performance is atmospheric. It’s a shame the poorly timed onset of the monsoon season has prevented more people from coming out.

The weather seems to have cheered up now though, so our advice is: don’t be put off by the apparent lack of film at EIFF 2011, and go along to a gig instead. 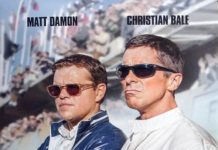