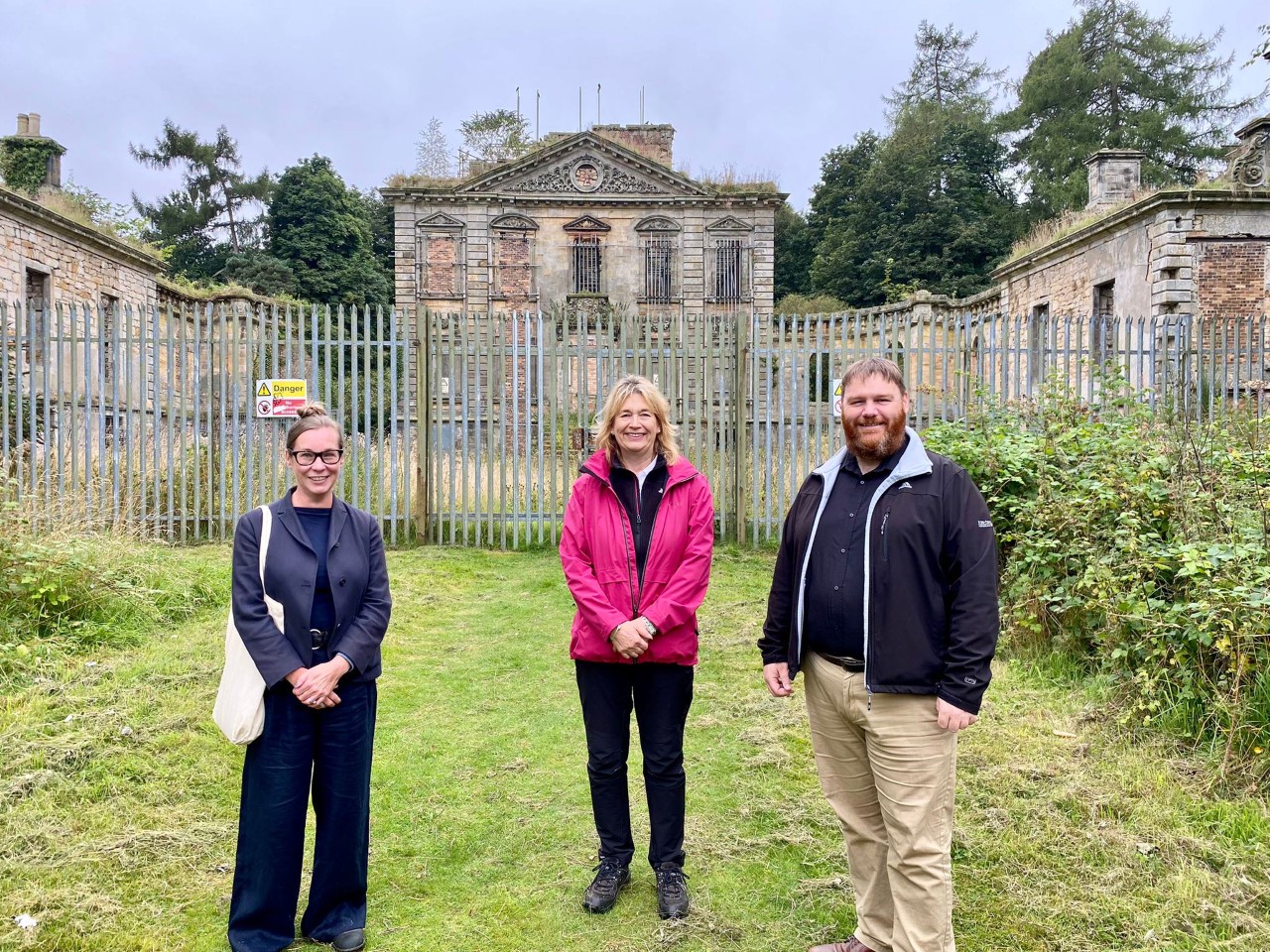 The Midlothian MP will lead a debate that he secured on the plans to restore and revitalise the nationally significant Scottish Enlightenment house and its surrounding landscape. A UK Government Minister from the Department of Culture, Media and Sport will respond to Mr Thompson.

The Save Mavisbank project has developed sustainable plans for the future of the at risk heritage building and its surrounding landscape, led by national heritage organisations Historic Environment Scotland and the Landmark Trust with the support of the Mavisbank Trust. The pioneering plans included a skills centre and community wing to the restored building along with visitor accommodation, community greenspace, walkways and participatory rewilding projects to improve the biodiversity of the landscape.

Earlier this year, the plans were shortlisted for funding from the Heritage Horizons Lottery Fund but were not successful.

Mr Thompson said: “Mavisbank House is a half-forgotten cultural gem. It’s deeply disappointing that despite being recognised as one of the most endangered cultural sites in Europe, it was turned down for lottery funding and its future still remains at serious risk.

“There are credible, sustainable plans to restore and revitalise this outstanding Scottish Enlightenment home already in place. They would bring jobs, training opportunities and visitors to the area. We can’t let that opportunity slip away.

“The Save Mavisbank project could play a key part in the repositioning of Midlothian as a visitor destination in its own right. As well as restoring a building of national significance, this project would open up the grounds to the community with accessible walkways, outdoor education opportunities for schools and much needed visitor accommodation in the area.

“Save Mavisbank is clearly a project of enormous economic, cultural and social benefit for Midlothian. It could help kick start a new renaissance as we recover from Covid. I would love to see Mavisbank House form part of a ‘string of pearls’ along the Esk valley, along with Rosslyn Chapel, Penicuik House and Dalkeith Country Park.

“The fight to keep this project alive goes on and today I will be bringing it to the attention of the UK Culture Secretary and seeking a meeting with the Minister to discuss how we can take this forward. I will do everything I can to make sure this fantastic opportunity for Midlothian does not simply disappear.”

Rhona Brankin, Chair of the Mavisbank Trust said: “Naturally the Mavisbank Trust is very disappointed that Historic Scotland and the Landmark Trust’s recent application to the National Heritage Lottery Fund to help secure the restoration of Mavisbank was unsuccessful. However, the fight to rescue Mavisbank will continue and the Trust is determined that this wonderful project will not be abandoned or forgotten. It is nothing short of a national scandal that such an iconic and internationally recognised building and its landscape are being left to deteriorate further and soon may well be lost forever. The people of Scotland and Midlothian deserve better.”