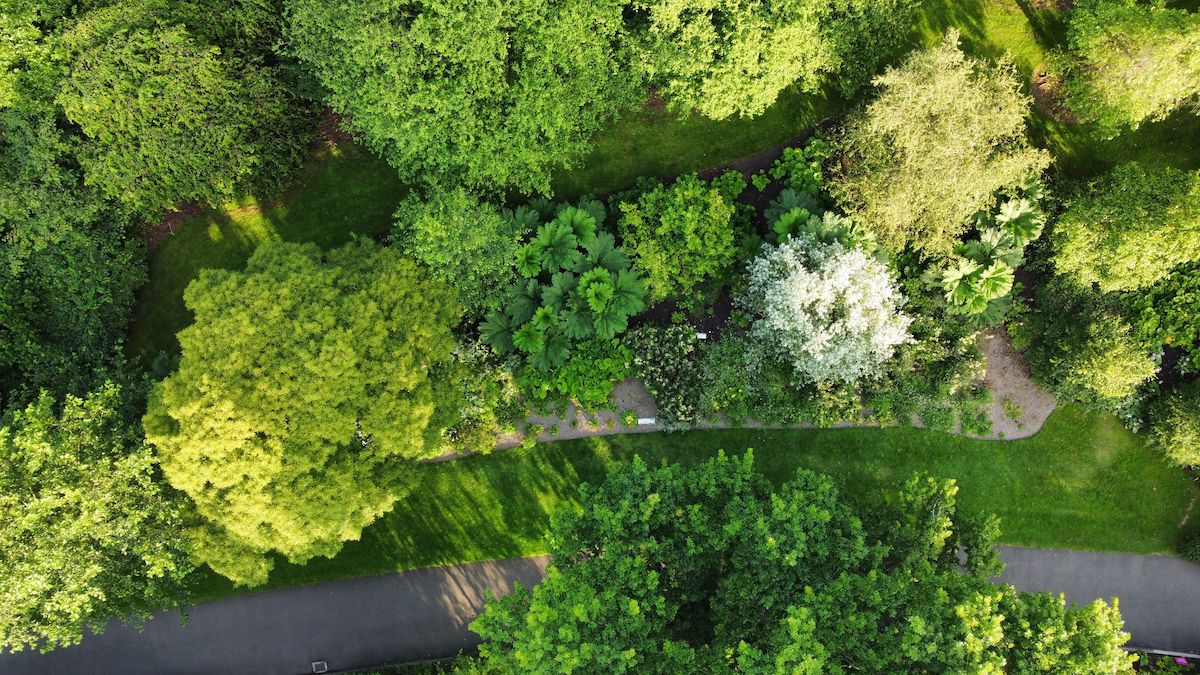 We asked and they say that they are finding solutions to the Climate Emergency.

Icecaps melting in the Arctic.  Fires in California. Deforestation in Asia. It is easy to think that the climate emergency is someone else’s problem, but the reality is that changes to our environment are as much an issue in Scotland – and Edinburgh – as they are elsewhere.

From rises in temperature pushing vulnerable plants to the margins, to the flooding of our homes and streets caused by less predictable rainfall, the effects of climate change can be witnessed all over the country.

However, at the Royal Botanic Garden Edinburgh (RBGE), expert teams are leading the way in understanding and finding innovative solutions to some of these problems.

In an area previously prone to waterlogging, an experimental Rain Garden, developed with Heriot-Watt University, is proving to be a natural and sustainable solution to flooding. By lowering the ground to create a shallow basin, then using gravel and grit to change the profile of the soil and improve drainage, it catches and retains rainwater, allowing it to be reabsorbed by the planted vegetation. Planting up with different species of herbaceous perennials, grasses and shrubs, including Scottish native plants, benefits biodiversity and allows horticulturists to test the effectiveness of different species. It also demonstrates how every gardener can play their own part in mitigating climate change.

Elsewhere in the Garden, the Scottish Rare Plant programme is dedicated to understanding and protecting Scotland’s native plants. Climate change, over-grazing and man-made changes to our environment threaten plants such as the alpine blue-sow thistle (Cicerbita alpina), woolly willow (Salix lanata) and small cow-wheat (Melampyrum sylvaticum), with Cicerbita now existing in only four places in the Cairngorms.

RBGE research is helping to inform practical conservation work, allowing teams to multiply plant numbers and increase their genetic diversity. Plants are then translocated to the wild to create completely new, genetically healthy populations, giving these beautiful and tenacious plants their best chance of long-term survival.

Tiny, rare and often overlooked, bryophytes such as liverworts and mosses are incredibly important to the global ecosystem. They provide habitats for micro-organisms, prevent soil erosion, capture carbon and act like giant sponges, helping to control the flow of water and minimise flooding. However, liverworts flourish in areas of high rainfall close to the snowline. If Scotland’s temperature continues to rise, and the snow disappears, the plant will have nowhere else to go.

RBGE scientists use DNA barcoding to learn more about these luscious plants, identifying communities that are ecologically important or at risk. They investigate diversity in threatened habitats, helping to characterise the impacts of climate change and land management: the essential first steps in developing meaningful conservation strategies.

As well as conservation work in Scotland, RBGE works with partners in 55 countries. Learn more about the national and international work of the research institute by visiting its four Gardens in Edinburgh, Benmore near Dunoon, Dawyck near Peebles and Logan near Stranraer. Engage with the Edinburgh Rain Garden, follow the Lichen Trails and admire Scottish native plants in ex-situ conservation collections.