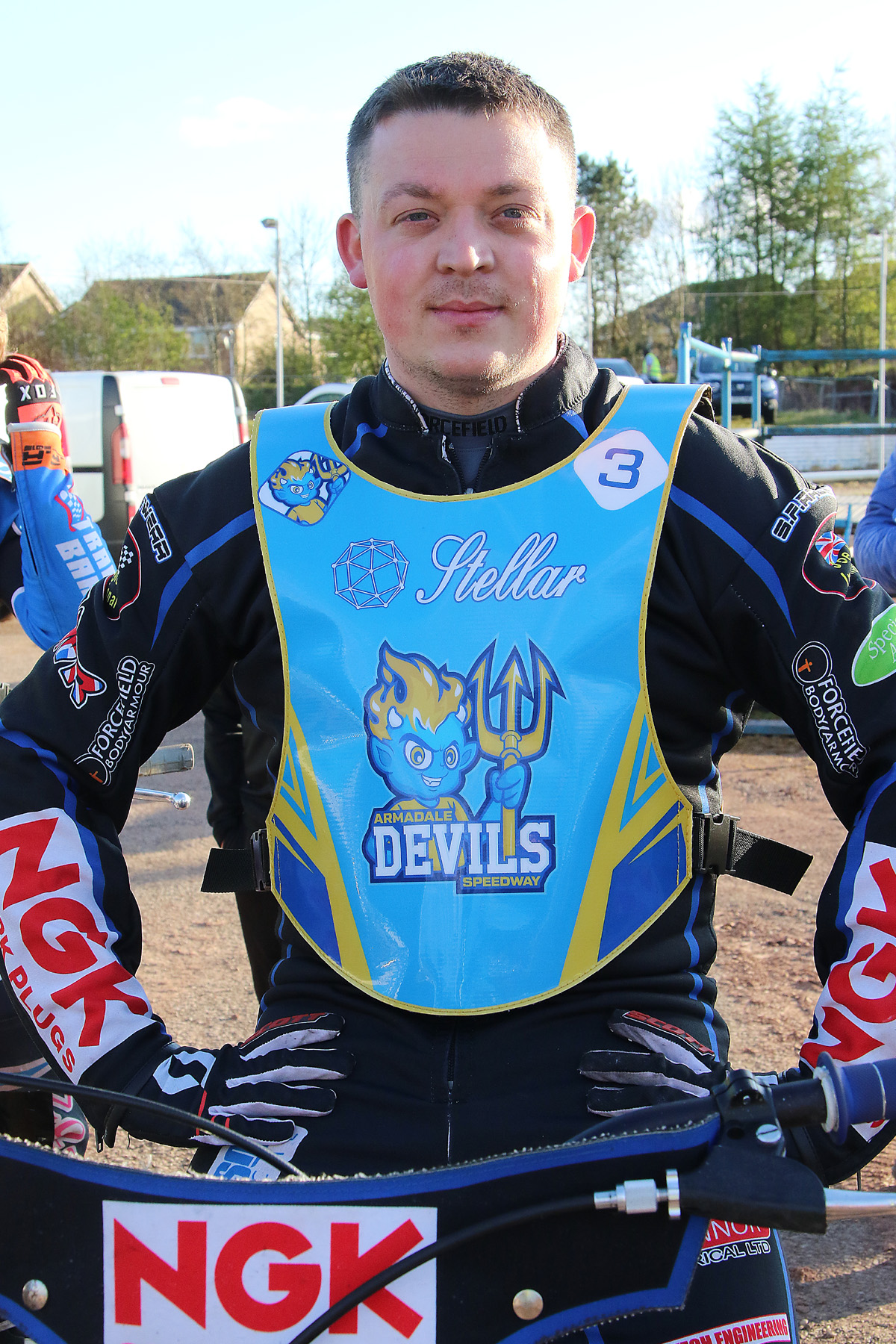 The Armadale Stellar Devils had no answer to the Mildenhall Fen Tigers and skidded to a 56-34 defeat at Armadale. The win clinched the National Development League title for the English combine.

Devils’ team manager Alan Budzynski said: “I’m disappointed. I thought we would get a win today. The conditions were tricky, but we can’t use that as an excuse because they were tricky for everyone.”

At the end of the SGB Championship Knockout Cup Final first-leg between Edinburgh Monarchs and Poole Pirates there was an unexpected heavy shower.

Fen Tigers had to avoid defeat by 42 points to ensure that they won the National Development League and they led from the opening heat in which Jordan Jenkins beat William Lawson.

They were six up after the next heat in which both Devils fell. However Tom Woolley (pictured) and Danny Phillips both won their opening heats with Phillips taking the notable scalp of Jason Edwards, currently a regular guest with the Edinburgh Monarchs. He rode a clever race on the dirt line after gating and refused to budge to Edwards’ challenge.

The next five heat winners were all visiting riders, though Heat 5 was perhaps the race of the season as Woolley and Jenkins swapped positions time and again.

The rider replacement for retired) Luke Ruddick was deployed with Edwards and Ablitt taking the final two rides, and there was no way back for the Devils who trailed 30-18 at Heat 8.

Another three shared races followed with Heat 11 going to Phillips ahead of Jenkins, another excellent scalp. Tom Woolley won heat 12 but no-one could stop Jenkins and Edwards taking 5-1s in Heats 13 and 15, nor Nathan Ablitt winning Heat 14.

Elliot Kelly, a former Caledonian Championship winner at Armadale, also got in on the act being paid for double figures, taking a couple of rides from Sam Bebee who hurt a leg in a first bend crash in Heat 9.

Captain Jordan Jenkins received the trophy from Monarchs boss Alex Harkess watched by their team manager Malcolm Vasey, one of the hard-working and unsung heroes of the National Development League.