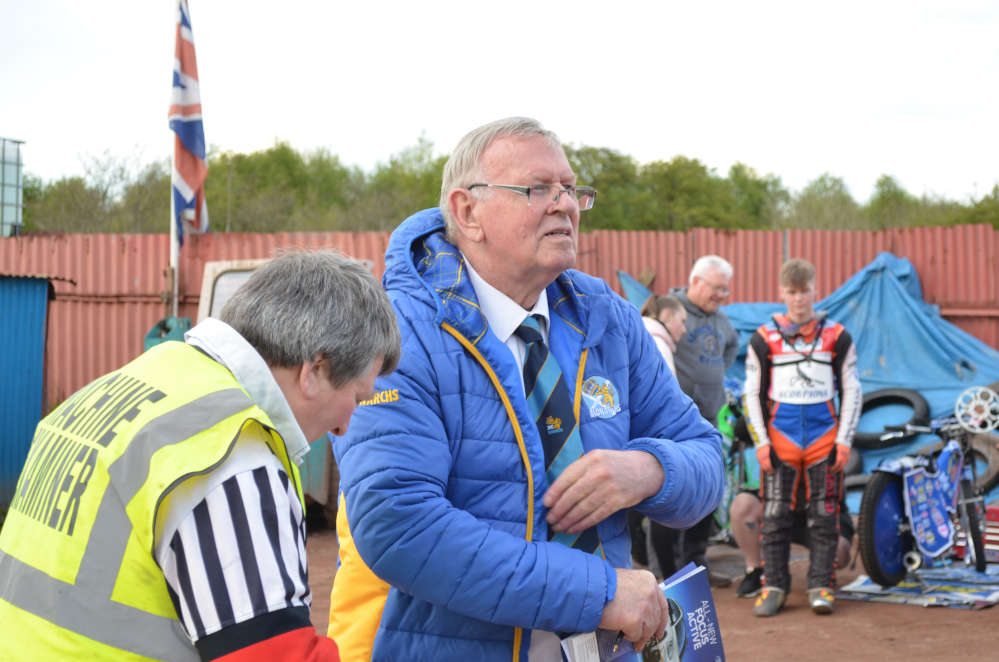 It would be a brave man who would bet against Poole Pirates beating What the Fork Monarchs to win the SGB Championship Knockout Cup after an on-the-road, first-leg 47-42 victory at Armadale, writes Mike Hunter.

The sides clash in the return in Dorset on Wednesday (7.30pm) and Monarchs team manager Alex Harkess (pictured with blue jacket) said gating cost his men in Saturday’s home leg.

He added: “Our riders tried hard but were not at their best which was disappointing and our top men seem to have lost their gating touch. That has cost us.

“I have no complaints about their effort and Heat 15 was a real thriller to finish Monarchs’ home season.

“All four riders within a couple of yards and I doubt Sam Masters has ever had to work harder for a race win. We will head for Poole to do our best, as always.”

It was a hard-fought encounter and Monarchs hoped to build an advantage to take to the second-leg but they only got their noses in front for a short time in mid-match before being pegged back.

Poole had the majority of race winners (9-6) and they could afford to have two non-scoring riders when they had a No 7 of the effectiveness of Benjamin Basso.

The Dane had seven rides which yielded 13 points. Danny King matched the 13 point score and the other heat leaders were effective, but Basso was the difference.

Richie Worrall was the most consistent home rider while Sam Masters took two good wins in the latter stages and Drew Kemp claimed another reasonable score at reserve, but there wasn’t enough backup elsewhere.