A series of overnight slip road closures will be in place on sections of the A720 while essential coring investigation works are carried out.

Slip closures with a signed diversion route will be implemented between 8,30pm and 6am while the works are carried out. No works are planned for Saturday or Sunday nights.

For the safety of road workers and motorists, the following closures will be in place during these works:

• On the nights of 20 & 21 September, the A720 eastbound two-lane carriageway will be subject to alternate lane closures with speed restrictions between Millerhill and Old Craighall.

• On the night of 22 September, both the eastbound on-slip and off slip roads on the A720 at Millerhill will be closed. Diversions will be signposted as follows:

Eastbound off-slip closure – diversion via Old Craighall Roundabout, turn back to A720 westbound and exit at Millerhill junction. This will add an estimated four minutes to affected journeys.

Eastbound on-slip closure – diversion via the A720 Westbound, Sheriffhall Roundabout & A720 Eastbound. This will add an estimated three minutes to affected journeys.

• On the night of 23 September, the westbound slip road for the A720 from Gilmerton will be closed. A diversion will be signposted via the A772 Gilmerton Road, Gilmerton Station Road, Lasswade Road, joining the A720 at the Lasswade junction, adding an estimated four minutes to affected journeys.

• On the night of 24 September, the A720 westbound two-lane carriageway will be subject to alternate lane closures with speed restrictions at the Lasswade junction.


BEAR Scotland says that a consultation has taken place with interested parties in advance of these works to make them aware of the traffic management arrangements which will be removed during the daytime.

Tommy Deans, BEAR Scotland’s South East Network Manager, said: “These investigation works on the A720 are essential to the design and planning of future resurfacing improvements.

“The traffic management will be in place to ensure the safety of road workers and motorists, however, to help minimise delays we’ve planned the works to take place during night-time hours.

“We thank motorists in advance for their patience while our teams carry out these investigations.”

Access for emergency services will be maintained at all times.

All personnel on site will be subject to strict physical distancing protocols in line with Scottish Government guidance. Thorough risk assessments have been developed and cleansing stations will be implemented on site.

Motorists are encouraged to plan ahead before setting out by checking the Traffic Scotland website www.trafficscotland.org for up-to-date travel information and allowing extra time for their journey. 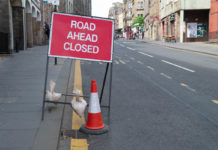 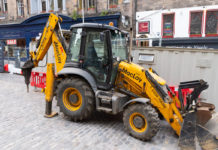 Roadworks on the Bypass at Millerhill for four nights 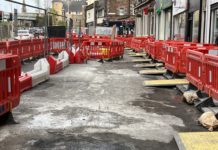 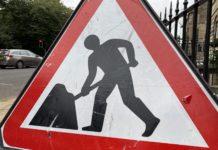 Roadworks in Edinburgh from next week 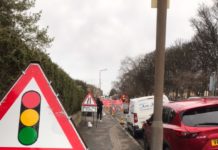 Road signs – too many and in the wrong place